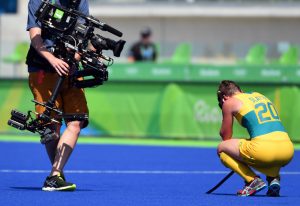 The IOC reported a deficit of $55 million in 2020. Tokyo 2020 broadcasting-rights income did not come arrive in 2020, accounting for the IOC deficit

The postponement of the Tokyo 2020 Olympics has, as expected, taken a heavy toll on the International Olympic Committee’s (IOC) financial performance in 2020. The Lausanne-based sports body has reported a deficit of $ 55 million (Rs. 10.9 b) for the year 2020.

The big absence is Tokyo 2020 broadcasting-rights income, which instead now looks set to be taken in the current financial year, once the Games have been duly delivered and consumed by their global audience, reported David Owen of the Inside the Games.

The vast bulk of income in the latest period came from marketing rights paid by multinational companies for participation in the IOC’s ‘The Olympic Programme’ (TOP) worldwide sponsorship scheme.

This means that, in spite of coronavirus, the IOC has hit the $ 2 billion (Rs. 398.9 b) target as was first revealed by the Inside the Game six years ago.

Some $ 300 million (Rs. 59.8 b) of the TOP-derived income was distributed to various Games Organising Committees and National Olympic Committees (NOCs).

A breakdown indicated that $ 52.1 million (Rs. 10.3 b) of this came from interest and dividend income.

June 16, 2021 byRevatha No Comments
Today is the 125th birth anniversary of one of the strangest legends of cricket