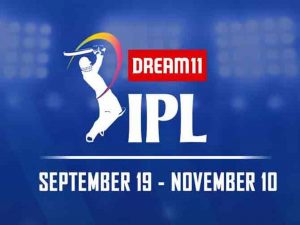 As per anti-corruption protocols, the name of the player or franchise is not revealed for confidentiality purposes

A player competing in the ongoing Indian Premier League (IPL) 2020 has “reported a corrupt approach”, putting the Board of Control for Cricket in India (BCCI)’s anti-corruption unit (ACU) on a high alert, the Press Trust of India (PTI) has reported. This becomes the first corruption allegation of the league this year which is conducted under extra special circumstances due to the Covid-19 pandemic of the world. Still the ‘corruption tendency’ that the IPL has displayed over the past 12 years is still evident despite the fact that it is held under extra special circumstances this year.

Once, one of the leading teams in the league, Chennai Super Kings, faced a ban for involving in fixing for money, a corruption that involved the team’s leading administrators as well.

“The current edition of the IPL is being held in the UAE in a bio-secure environment, which has significantly reduced the chance for persons with dubious credentials approaching the player directly. The threat though still remains by and large due to the online network of corruptors,” the above PTI report has added.

Tracking wrongdoers will take some time

The BCCI ACU chief Ajit Singh, who is leading an eight-man team in the UAE, confirmed the development to PTI. “We are tracking him. It will take some time,” Singh, the former DGP of Rajasthan, said when asked if the alleged corruptor has been nabbed.

As per anti-corruption protocols, the name of the player or franchise is not revealed for confidentiality purposes.

With players and support staff staying in a bio-bubble, unlike other years, the ACU is concentrating more on the possible online corrupt approaches. Most of the players are on social media platforms like Instagram and Twitter where unknown people masquerading as fans try to befriend them.

A senior BCCI official said all the players, whether overseas or Indian, have attended multiple anti-corruption classes.

The BCCI has tied up with UK-based company Sportradar, which offers “integrity services” to prevent betting and other corrupt practices during the upcoming IPL through its Fraud Detection Services.

August 29, 2021 byRevatha No Comments
Lankans to kick off tournament, against Bangladesh

April 27, 2021 byRevatha No Comments
Looking at the ever hot European football scene