Irregularities in fertiliser purchases: Probe on over Rs. 4 b payments

The Auditor General (AG) has recommended that legal and disciplinary action be taken against officials involved in paying more than Rs. 4,080 million to fertiliser import companies against the decisions of the Cabinet during the previous Government. 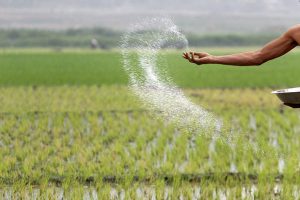 A price formula has been prepared for the purchase of fertiliser on the recommendation of a committee appointed by the Ministry of Agriculture.

The audit revealed that the payment was made on the basis of bids submitted by private companies, instead of paying a common price for each type of fertiliser using the same price formula.
The AG has recommended that the officers involved in such payments be investigated and legal and disciplinary action be taken against them.

The quantity of fertiliser purchased at a cost of Rs. 4,080 million is stated to be 156,275 metric tonnes. This fertiliser had been purchased for the implementation of the fertiliser subsidy for the year 2018.
The audit further revealed that the National Fertiliser Secretariat had purchased the stocks of fertilisers from those companies without a formal study and that the purchases had not been made with a specific warranty certificate obtained from private chartered companies.

January 22, 2021 byRusiru Keppetipola No Comments
The rice gall midge fly (gok massa) has had an increased negative impact on paddy cultivations, due primarily to the prevalent climatic and weather-related conditions which have allowed this pest..