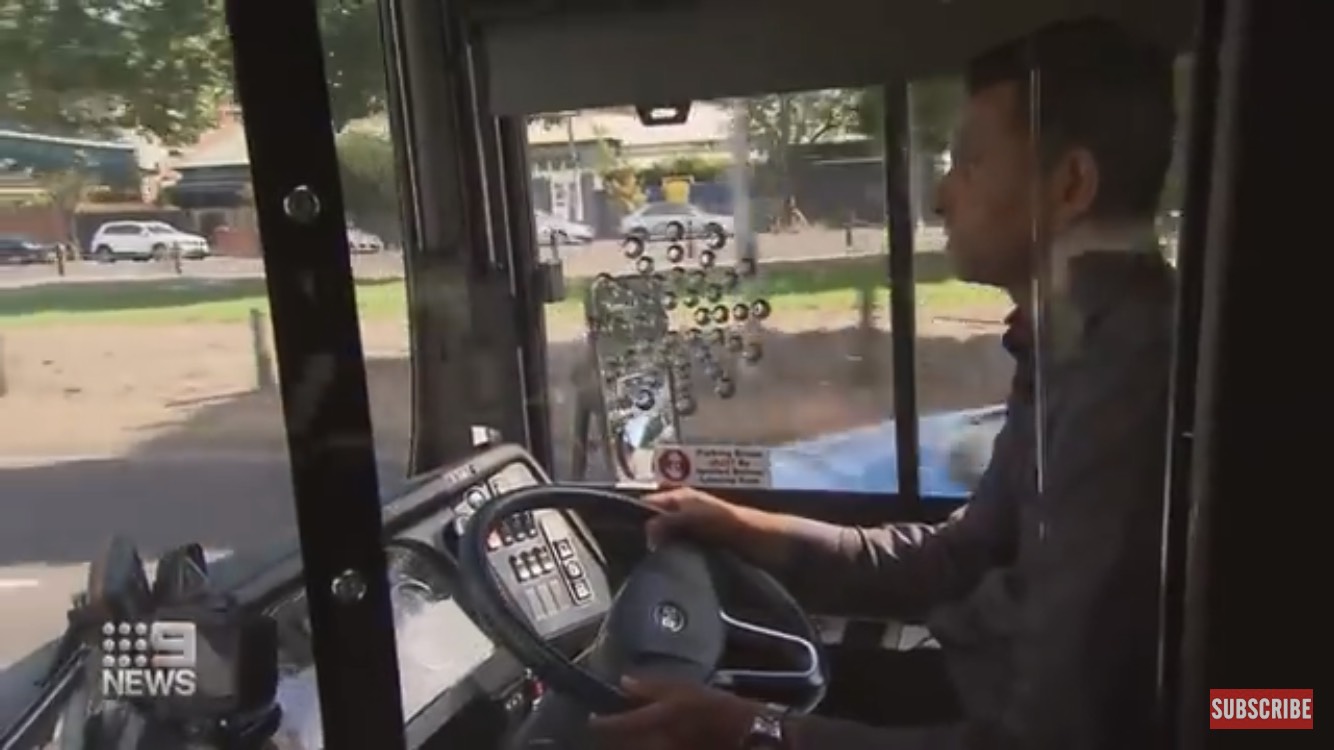 Is being a bus driver beneath the status of an international cricketer?

March 7, 2021 by Dimithri Wijesinghe No Comments

Recently it was reported in the news – both local and Indian – that former Sri Lankan cricketers Suraj Randiv and Chinthaka Jayasinghe embarked on a new journey in their careers, working as bus drivers in Melbourne for a France-based company called Transdev. Joining them is also fellow former international cricketer from Zimbabwe, Waddington Mwayenga.

Former international cricketers Randiv and Jayasinghe have represented Sri Lanka at the top level and are currently driving buses in Melbourne besides playing club cricket.

The duo, speaking to 9News of Australia, reminisced about their time playing cricket for Sri Lanka and their new career change. Australian media reported that their star status isn’t lost on the passengers who recognise them, with Randiv stating that they do often get recognised: “They would come and ask, are you an actor from Sri Lanka?” adding also that while he has made a career change, he continues to play cricket. “I still believe I am good enough to play at that level,” he said, referring to playing as an off-spinner and being a heavy hitter for his local club.

Australia’s Minister for Public Transport Ben Carroll also proudly shared his thoughts on the cricketers joining the transport company, stating: “You never know, when you get on that next bus, who might be driving you; you might have an international cricket star driving you around the beautiful streets of Melbourne.” 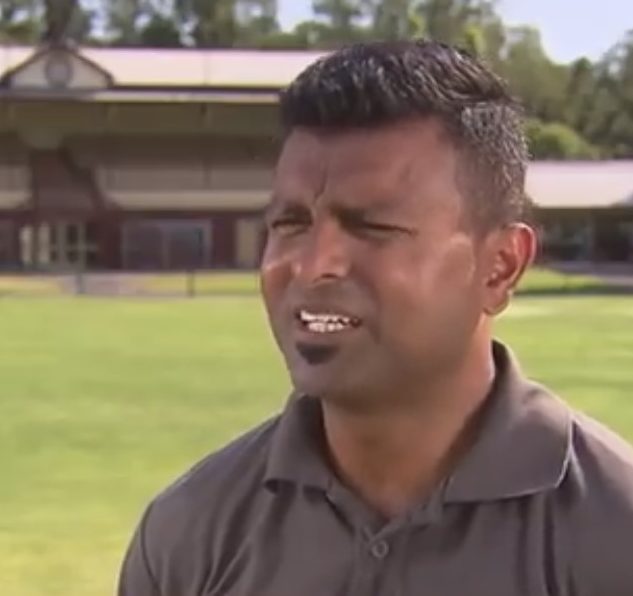 In Australia, all seems well with Randiv and Jayasinghe, who are happily enjoying their new occupation. However, things were not so great here in South Asia when Sri Lankan and Indian media reported the news with an underlying tone of condescension, reporting with language that looked down on the two men for their chosen profession of “bus driver”.

When outrage sparked online, as it often does, for the way that the mainstream media addressed the matter, there were those who missed the mark even in defending it, with many stating that “things are indeed different in Australia”, “you are earning high wages as a bus driver in that country” – providing reasons as to why their decision is “justified”. However, once again, even in these comments remains the underlying tone of snobbery. Is being a bus driver beneath the status of an international cricketer?

People from Down Under weigh in

To give some context to the matter, we reached out to a few expatriates currently residing in Australia to weigh in on the matter and compare how the rest of us in South Asia are looking at it.

Stephanie from Melbourne shared: “There may have been a time, long before I moved to Australia, when I might have read the article about former Sri Lankan cricketers with – perhaps – mild indignation. I may have asked why pursuing a career in sports didn’t adequately set an individual up for retirement, unless they were immensely successful,” she said, adding: “Of course, I take issue with the tone of the article that lamented the apparent plight of the two ex-cricketers who are now bus drivers. I find it utterly condescending and reflective of a hopelessly backward way of thinking. Not only is this sort of thinking far too common in Sri Lanka, but it can also seriously limit progress.”

We asked the expats about this matter particularly in terms of “dignity of labour”, and how for some reason, one job is seen as less than the other. Natasha Fernandopulle, also from Melbourne, weighed in, stating: “Having relocated to Australia at the end of 2019, one of the most noticeable aspects of life here was the respect and dignity given to all jobs and occupations.

“Having lived pretty much all my life in Sri Lanka, I know how society looks at you if you are not a doctor, lawyer, engineer, or accountant. So it was absolutely refreshing to realise that even a teacher’s assistant or a lifeguard at a pool, or a bus driver, are all respected for the work they do. We are all part of the chain that helps Australian society operate smoothly. And my best take away from all of this, is that my children will grow up respecting everyone around them, irrespective of their occupation.”

Interestingly, Stephanie further added: “I’ve been trying to figure out why some people reacted to the post with (a couple of steps short of) shock and horror. I know very little – almost nothing – about Sri Lankan bus drivers; average income, disposable income, lifestyle, or pension. Going by how they take over the roads, constantly in competition with drivers from some rival bus company, I can only speculate that their basic income is barely worth talking of and that they may need to rely on add-ons that only flow in if they pack in as many journeys per shift as possible and pick up as many passengers as possible. I could be hopelessly off the mark, but perhaps that’s their motivation to drive like maniacs.

“Perhaps all the sentiment is based on a notion that Sri Lankan bus drivers have a seriously raw deal despite having to carry out an essential service and people therefore think that it must be the same in Australia – I don’t know.

“What I do know (aside from the fact that the life of a bus driver in Australia is very different to one in Sri Lanka), is that the longer we carry on with this ridiculous perception of various occupations as being on a hierarchy based on pay grade or what we imagine to be a few steps short of menial, the further we lag on the road to achieving real dignity of labour. Sri Lanka has a long way to go where dignity of labour is concerned, but with notions like this, (warning: Pun to follow) it misses the bus completely.” 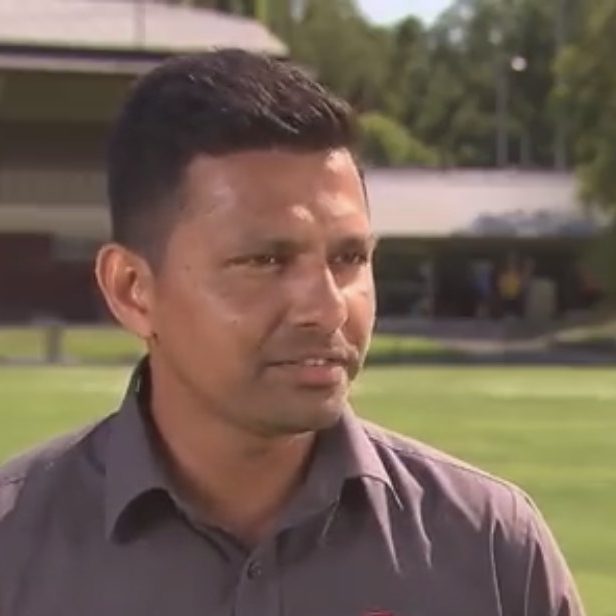 The perspective of a bus driver in SL

We can perhaps answer Stephanie’s questions about what it is like to be a bus driver in Sri Lanka. W. Ariyaratne, a bus driver for a private bus owner who takes the Polonnaruwa-Colombo route every day, shared with us how public bus drivers are in fact daily-wage earners, and that for the long-distance bus ride that he plies, he gets paid Rs. 1,200 per day. Of course, in Ariyaratne’s situation, considering that it is a long-distance ride, he cannot pack the bus to the brim with passengers, and therefore, there is no such profit to be had. However, he did mention that for those who drive the Colombo routes, they do in fact benefit from packing the bus, as the excess bus fees go straight into their pockets.

Ariyaratne shared that being a bus driver is a thankless job. He said he chose the occupation as he has always been particularly skilled as a driver and was able to acquire the heavy vehicle license issued specifically for buses. He said that it is extremely exhausting, especially with just two stops, as he is able to eat only two meals; he drives from 6 a.m., and until they make it to Polonnaruwa, he must stay awake, responsible for all the lives within his vehicle.

He said that despite the immense responsibility, and the fact that people place their lives in his hands on a regular basis, his job is of course considered “blue collar”. He said: “People respect us enough to trust that we can take them from point A to point B without harm and yet, we are the lesser profession.

“Often, my job is considered a job that people do when they do not have an alternative,” he said, adding that it is what he believes is defined as a “lesser job” in this country.

To further examine this mindset, we reached out to counselling psychologist Dr. Kalharie Pitigala, who shared that this mindset is largely acquired from society as a whole and that it results from the lack of education on respect. She said: “It is due to the fact that we are not taught the simple fact that every job is essential and deserves respect. It is the ego that hinders self-growth. When people do not have sufficient self-love, they tend to look down on others. A lot of awareness is required in this regard. A person with no love or respect for self would not know how to love or respect another. Gratitude training is vital in order to appreciate everything in life.”

Lecturer in the fields of sociology, complex emergencies, and humanitarian responses, Nevanka De Silva Jayathilake also added that there are certain definitions that go into certain terminologies, and if we are to define blue collar versus white collar, we would note certain differences which are associated with certain conditions like low income, lesser education, and perhaps even caste and class may factor in, which lends itself to opportunity. He said: “While one person having a higher paying job than the other is a fact of life, that fact causing disparity in the amount of respect, or the pedestal you place someone on or take a person down from, is the cause for concern.”

Mindset appears to be our primary issue, so how should we go about fixing this? Education seems to be the key, and perhaps if parents can take a moment from encouraging their children to become the family’s next doctor, lawyer, or engineer, to get them to reflect on the multitude of other occupations that exist and make note of how these too contribute to society and play a vital role in our lives, then maybe we can all start heading on over to the right side of success.