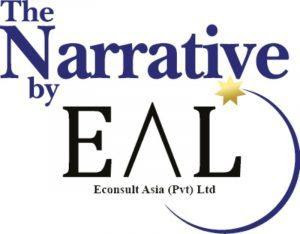 In 2020, global tea export volumes decreased 2% year-on-year to 2.08 million tonnes, while export values declined 4% to $ 7.8 billion. China was the biggest tea exporter for the sixth consecutive year since 2015, acquiring 26% of global market share in tea export revenues. However, Kenya reported the highest export volume, accounting for 28% of global tea exports. By contrast, Sri Lanka has 17% market share in terms of volumes, and is the third-largest tea exporter after Kenya and China.

According to the International Institute for Sustainable Development, the value of global tea exports was $ 8 billion in 2017, while the retail value of tea was approximately $ 50 billion. Figures 1 and 2 depict the difference in exported values and earnings between producing and non-producing countries. 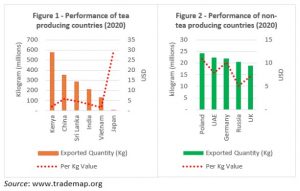 The data shows that all tea producing countries, except Japan, earned less than $ 6 per kilo for their exports in 2020. Chinese tea exports earn around $ 5.81 per kilo. Vietnam produces the cheapest tea, valued at $ 1.57 per kilo.

For a tea-producing country like Sri Lanka, Japan provides the best example to learn from. Though Japan’s tea exports are marginal in volume, the average value earned per kilo was as high as $ 28.80, which is well above the earnings of non-tea producing countries. This is achieved through local value-addition.

According to the Central Bank of Sri Lanka (CBSL), tea exports accounted for $ 1.2 billion, or 12.4% of merchandise exports, in 2020. Sri Lanka produced 278,900 tonnes of tea from around 200,000 hectares of land area in 2020. The average income per kilogram was $ 4.67. Low revenue per kilo because of low value addition, and poor yields due to climate change and bad plantation management practices, has hampered the earnings of plantation companies.

Sri Lanka produces 280-320 million kg of tea per year, but production volumes have gradually declined (Figure 4). Unlike competing countries where virgin lands produce high yields, Sri Lanka’s soil has been used since the 19th Century and needs to be revitalised. Despite the measures taken by several institutions, Sri Lanka’s tea export portfolio remains unchanged over the last decade (Figure 3). According to the Sri Lanka Tea Board (SLTB), volumes exported and average export value per kg in 2020 were 118,251 tonnes at $ 4.05 for bulk tea, 118,176 tonnes at $ 4.42 for tea in packets, 22,173 tonnes at $ 7.74 for tea bags, 2,843 tonnes at $ 7.78 for instant tea, and 4,126 tonnes at $ 10.96 for green tea. These numbers clearly indicate higher returns for higher value addition. 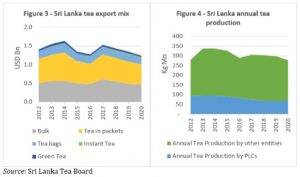 There are 18 plantation companies producing tea and other crops, which are registered in the Colombo Stock Exchange (CSE) as public limited companies (PLC). These companies contribute only 25% of total tea production, while unlisted and private smallholders play a much larger role in the industry.

Orthodox economic theory says that when a country devalues its currency, its exports become more competitive. However, empirical data suggests that this theory is either inapplicable to Ceylon tea, or that local exporters have failed to capitalise on it.

Despite the sharp fall of the Sri Lankan rupee against the US dollar since 2012, tea exports volumes continue to decrease (Figure 5). China’s experience has been the opposite (Figure 6). Therefore, Sri Lanka must abandon the mechanical application of theory and select contextually appropriate tools to achieve desired outcomes in the tea industry.

The tea auction system was introduced by the English with the objective of ensuring a continuous supply of raw materials at a competitive price. Today, all major tea producing countries except China operate an auction system that provides cheap tea for developing countries to process.

When analysing the production and export values of PLC companies, it is evident that the auction system has failed to ensure a fair distribution of profits among industry stakeholders. Figure 7 shows that export companies are earning an average 28% of export value (calculated taking the difference between average export value per kilo and the segmental revenue from all PLCs), whereas PLC companies get only 1%.

Plantations companies are legally prohibited from engaging in exports, which are done through separate entities. The low gross profit margin earned by tea plantations has compelled PLCs to divest from tea and compress wages, leading to labour migration.

The higher gross profits of export companies could have been rationalised if those companies exported value-added products rather than bulk tea (Figure 3). 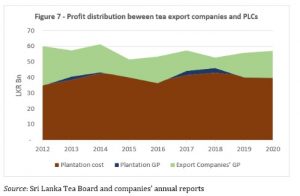 The administrative cost of 18 PLCs ranges between 5-6% of total annual costs. Such costs include director remunerations, senior management emoluments, rents, and other overhead costs.

Despite enormous pressures on gross profits, total annual administrative costs of 18 PLCs have increased from Rs. 2.3 billion in 2012 to Rs. 3.5 million by 2020 (Figure 9). While tea sector revenue of PLCs grew at a compound annual growth rate of 1%, administration costs increased by an annual rate of 5%.

Meanwhile, the debt-to-equity ratio of these PLCs has almost doubled during the last decade, standing at 0.66 by end-2020 (Figure 8). Infusion of credit has not stimulated growth in the tea sector, which is the main source of income for almost all 18 PLCs under study. Due to this high leverage, changes in Central Bank policy rates affect the bottom line, and interest costs make up 6% of total costs.

Plantation companies therefore need to seriously review their administrative and financing costs in order to improve their bottom line and stay ahead of the competition. 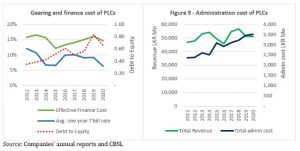 The prices of both Sri Lankan and Kenyan bulk black tea are relatively elastic, whereas world average prices are inelastic. Though black tea comprises just 11% of China’s bulk tea exports, a kilo of such tea fetched $ 8.72 in the global market in 2020 (Table 1).

China exports more than 50% of its tea to markets in Northwest Africa, where there is less competition from other producers. Figure 10 and 11 illustrates the geographical concentration of tea exports of China and Sri Lanka respectively. This could be one of the reasons why China can fetch a higher price. 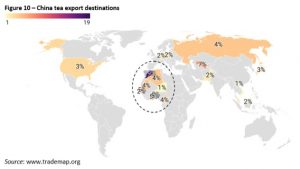 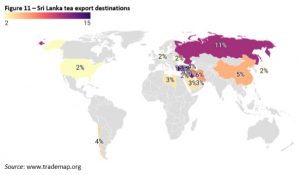 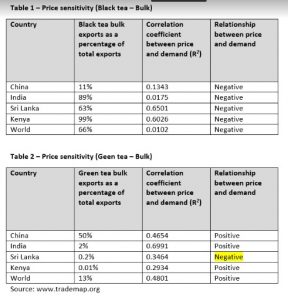 Figure 12 shows the price of tea products from China, Sri Lanka, India and Kenya in 2020. China has created a lucrative market for its bulk and packeted black tea, while offering its main produce, green tea, at a competitive price. Due to a high level of market concentration and poor product innovation, other tea exporting countries struggle to gain an optimum price for their products. 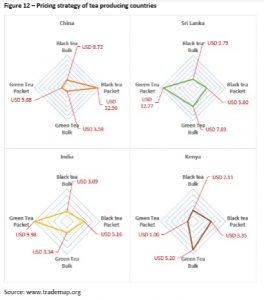 The rough patch that the Ceylon tea industry is currently in is the perfect time to find solutions to the country’s problems. Rhetoric and pride over Ceylon black tea will not help increase the wealth of the nation.

Planters need to actively engage in modernising the industry by introducing technology to plucking, processing, and improving soil quality. A mere 10% improvement in yield will return a minimum of $ 100 million. Productivity improvements and shifting the existing sales mix towards instant tea, green tea, and tea bags will help push the industry towards the $ 2.5 billion milestone.

Exporters should look at other destinations where competition is low, just as China focuses on Northwest Africa. It is entirely possible for Sri Lanka to increase the minimum price of $ 4 per kilo that it fetches for black tea through market diversification. Doubling this price could bring an incremental $ 1.4 billion to the country.

Importing cheap teas from other producing countries for blending and re-exporting could help the industry to grow. However, such blends should be prohibited from using and diluting the Ceylon tea Brand. Major players like Unilever, Tata, McLeod Russel, and Twinings use only 20–30% of Ceylon tea in their blends and earn high profits.

The future of the tea industry is rapidly moving towards radical innovations as increasing demand from youth is changing market dynamics. Some potential products with a growing market are bubble tea, instant tea, ready-to-drink tea, tea-based confectionaries, and tea-based cosmetics to name a few.

Corporates should take the lead to reshape the industry by investing in technology. Partnering with foreign parties to bring down new technology will increase the local value addition and remove market entry barriers as well.

(The writer holds a BSc. in Accountancy (Sp), FCA, ACMA, and MBA-PIM (SJP) and is Vice President (Finance, Research, and Strategic Development) at Econsult Asia, which is an economic research and management consultancy firm with an alternative development outlook)

November 14, 2021 byNews Admin No Comments
Although no arrests have been made so far regarding the discovery of a cache of ammunition in a land in the Baddegama area in Galle, investigations are continuing, and facts will be informed to the co

Hartal to be staged against Batticaloa Campus quarantine centre

March 10, 2020 byTSM Web Desk No Comments
A hartal will be staged against the government's decision to use the Kattankudy Batticaloa Campus as a quarantine Centre.