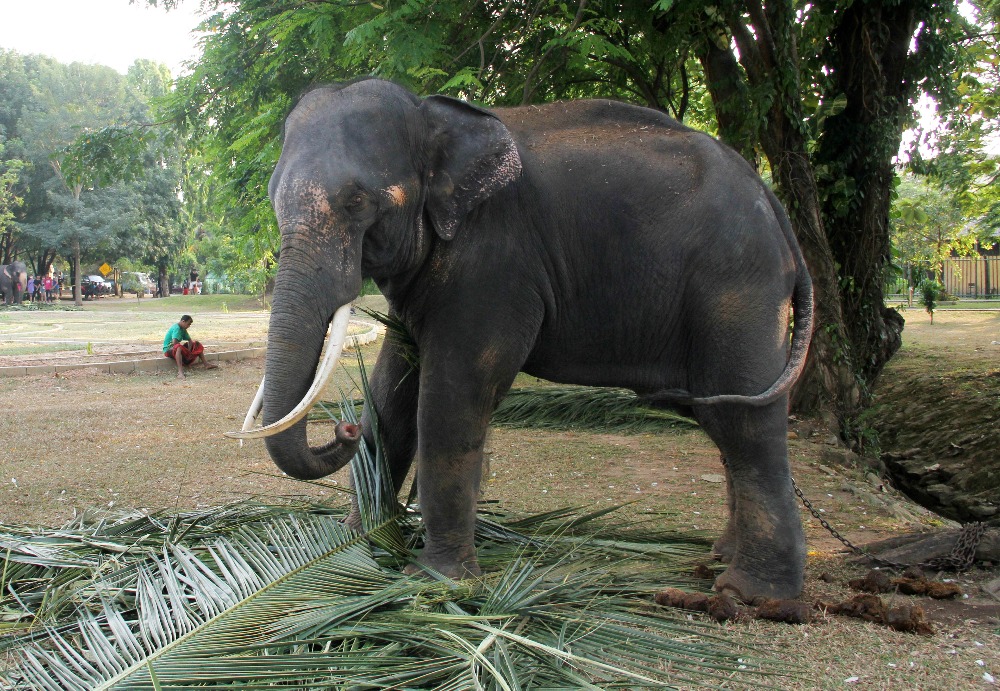 January 8, 2021 by Naveed Rozais No Comments

Sri Lanka’s relationship with elephants is nuanced, to say the least. They are at once revered in our culture and are a symbol for what Sri Lanka has to offer on the global stage, but they are also condemned by the communities who come into conflict with them in the wild.

elephants and elephants in captivity. The video showed the shocking treatment of an elephant in captivity, named “Myan Kumara”, at the Bellanwila Raja Maha Viharaya, a prestigious temple near Colombo with its own famous perahera featuring elephants. 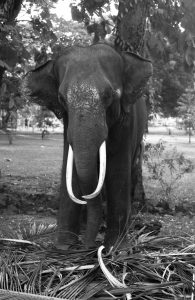 Myan Kumara is a young tusker who was gifted to the Bellanwila Raja Maha Viharaya in 2013 by the Myanmar Government at the request of then Chief Prelate Ven. Bellanwila Wimalarathana Thera, who handpicked Myan Kumara as a baby to be taken care of and trained to one day carry the sacred Perahera Karanduwa during the Bellanwila perahera.

Myan Kumara caused controversy in 2018 when he was believed to have been involved in the death of Ven. Wimalarathana Thera who died after sustaining injuries in a fall that took place while he was feeding Myan Kumara, although this has not been proven. Following this, Myan Kumara was moved from the Bellanwila Raja Maha Viharaya for a time before returning to temple property recently.

Environmental Foundation Ltd. (EFL) Director and wildlife biologist Manori Gunawardena commented that elephants like Myan Kumara are sometimes sourced from abroad because of laws in place locally that mean that elephants from the wild, at any age, cannot be captured for training in temples. This said elephants can be gifted to temples by the State, who technically own elephants in state care like those at the Pinnawala Elephant Orphanage.

“The point is for these elephants to be used in peraheras. These temples have always had a tusker, it’s a prestige thing. My personal view is that these elephants serve no other role than prestige,” Gunawardena said. Gunawardena shared that temples are not the only place where elephants play ceremonial roles, explaining that the Sri Lanka Police and the Gajaba Regiment of the Sri Lankan Army also allegedly have their own elephants.

Time for a change?

Though elephants play a respected role in traditions like the perahera, is it now time to consider if this is something that needs to change? A spokesperson from the Rally for Animal Rights and Environment (RARE) shared that the role of elephants in cultural and religious events stems from practices that began a few centuries ago.

“As far as we know, 500 or 600 years ago, tuskers were used to take relics because they were the highest and noblest form of transportation at the time. Kings used to travel on tuskers, but this was rare. Even in the Anuradhapura and Polonnaruwa Kingdoms, even if elephants were used, it was maybe one elephant. The tradition of using elephants in peraheras started when the Nayakar family came to Sri Lanka and Sri Lankan kings married Keralite queens,” the spokesperson said.

RARE also shared that the number of elephants in peraheras has grown over the last 15 years, largely due to the fact that elephants have become a show of money and power because of the costs associated with maintaining them. RARE also shared that contrary to popular belief, elephants in peraheras are often in distress and that the shaking of their heads that is commonly regarded by humans as enjoyment of the perahera is actually a sign of “stereotyping” and a way of elephants showing they are in mental distress or “zoochosis”.

Moreover, RARE explained that elephants in captivity are treated very badly, regardless of how their needs are provided for, stressing that elephants are wild animals and “domesticated” elephants are in fact elephants who have been mentally broken through the process of “crushing”, which is mahouts and trainers crushing the animals’ spirit and asserting dominance, making elephants obey them through fear.

So what’s the alternative?

How can we fix the issue of elephants in captivity? RARE shared that elephants over the age of five cannot be successfully reintroduced into the wild; they have spent too much time in captivity and will struggle, especially if they have to interact with wild elephants.

There is an alternative, however, in elephant sanctuaries, which have proven successful internationally with rehabilitating captive elephants. These sanctuaries, like the Global Sanctuary for Elephants in Brazil and the Elephant Nature Park in Thailand, for example, are large blocks of land where captive elephants can live in an environment similar to the wild with minimal human interaction.

“In Sri Lanka, we have the Ridiyagama Safari Park,” the RARE spokesperson shared, adding: “But this is basically a zoo. It’s built for humans and has animals in a free-roaming environment, but they also use negative reinforcement techniques and sometimes use chains as well. It is relatively the best place in Sri Lanka for captive elephants, although it doesn’t meet the global standards of sanctuaries like Global Wildlife SOS in India because it is a zoo.”

On the subject of Myan Kumara and his treatment at the Bellanwila Raja Maha Viharaya, RARE shared that they have been involved with other parties in putting together a petition to the President, asking him to address the situation, though they have not yet received a response. They are hopeful for some intervention to ease the plight of this majestic creature.

August 11, 2021 byNews Admin No Comments
La Fusion is a brand new restaurant offering gourmet fusion cuisine at an incredibly reasonable rate for its customers. Offering a variety of pasta options, a number of sides, and a horde of original

Ceylon Leather Crafts: What we know about genuine leather

November 7, 2021 byNews Admin No Comments
How much do you know about your so-called “leather” wallet? Or your fancy leather belt? Or even your “genuine leather” pair of slippers? Do you know what it means to purchase “genuine leather”? It’s l