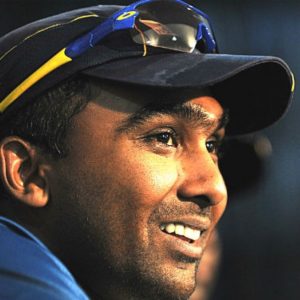 Is former Sri Lanka cricket Captain and prolific batsman Mahela Jayawardene promoting his club, the Singhalese Sports Club (SSC), of which he is presently the Cricket Committee Chairman?

SSC finished poorly in the last (2019-20) first-class season finishing as one but the last in the group-stage table. They failed to enter the Super League round of the top eight clubs out of 14 participants.

Not auger well for Minister

“Already some players are leaving other clubs and joining the SSC. They feel they have a better chance to get selected to the national side if they play for SSC this year (2021). That’s because an SSC man is in the top position of national sports,” the above source said.

“There were instances where good players from other leading clubs in Colombo have been requested by SSC to join them. It is putting the other clubs in a lot of trouble. Mahela is showing a huge conflict of interest. This will not auger well for the Sports Minister who appointed him in a very influential position at the national level,” he added.

If World Champion player Pramodya Wickramasinghe becomes the new Head of the National Cricket Selection Committee with Hemantha Wickramaratne, who has played three ODIs for the country in 1993, too being appointed in the three-member new selection panel (along with, most probably Romesh Kaluwitharana), it will be a major blow on the independence of all-important national selections because both Wickramasinghe and Wickramaratne are too SSC members and its stalwarts.

If “fishing of players from other clubs” are already taking place to tilt the balance towards SSC in the forthcoming Premier Trophy, and if two out of the three members of the national selection committee, including its Chairman, turn out to be outright SSCers, the local cricket fraternity will always tend to look at national selection with some doubt.

“A mafia” within Sri Lanka ranks

“If someone his holding national responsibility, he or she should not have any personal interests. Their sole consideration should be to make sure the best side always plays for the country and the game is in good health for the future,” our source further explained.

This too happens in a context where even former skipper Arjuna Ranatunga is openly alleging Mehela Jayawardene and Kumar Sangakkara, another member of the Minister-appointed current National Sports Council, for forming “a mafia” within the Sri Lanka team for a long period of time through the influence of their long-standing Player Manager, Englishman Charlie Austin.

Australian bowlers call for an end to “rumour-mongering and innuendo”