‘Islamophobia is the challenge we face now’

The news cycle over the past few weeks has been dominated by news items and reports which are directly or indirectly connected to the Muslim community in Sri Lanka. A few notable examples are the burial of Covid-19 victims, the references to Islamic extremism in the report of the Presidential Commission of Inquiry (PCoI) on the Easter Sunday attacks, and most recently, the announcements of plans to ban the face veil and specifically the burqa.


Against this backdrop, The Morning yesterday (14) spoke to Samagi Jana Balawegaya (SJB) Parliamentarian Imtiaz Bakeer Markar, who is generally regarded as a centrist and moderate politician, about these matters and Islamic extremism and Islamophobia in Sri Lanka.


The following are excerpts of the interview: 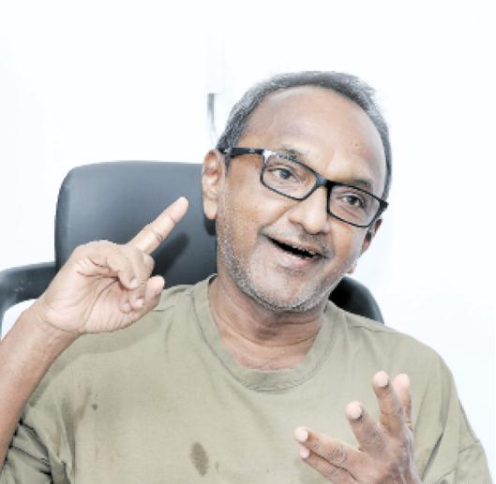 What are your thoughts on the report of the PCoI on the Easter Sunday attacks?

I did not fully read the Easter Sunday report but I participated in many discussions about it. Like our SJB Leader Sajith Premadasa said, it is incomplete. We have only been given the first volume. It is not possible to arrive at conclusions based on what we have been given. The report has mostly recommended charges against persons for not taking action to prevent the attack. After the attack, we met His Eminence Archbishop Malcom Cardinal Ranjith with the 16 ambassadors of the Organisation of Islamic Countries (OIC) countries. The Cardinal said that investigations should be done to find out the forces behind the few Muslim youths that launched the attack. These realities have not been exposed through this report. It does not reveal who took or wanted to take advantage of this attack. What the Cardinal said is still valid as we still haven’t got answers to those questions.


The Government tries to show that Zahran Hashim and all the Muslim organisations in this country are responsible for this attack and end the matter there. I stand with what the Cardinal said. One, investigate into how deep this issue runs. Two, the inaction of security units that did not take action when they had been informed of the attacks should also be investigated. Do not expect a verdict from us on these matters as it would be reflected as us expressing opinions for political motives and that is not right. But I believe that our Police and protectors of the law and peace in this country are strong and they should put that strength into action. There are democratic institutions in this country that are not political bodies. They should be strengthened and answers to the questions we have must be sought through them.

Islamic extremism has been identified as a cause of this attack and the recommendations of the report have called for the ban of Wahhabism and Thowheed organisations in the country. What are your thoughts on this?

Islamophobia is not a problem limited to Sri Lanka. Before Islamophobia, we saw anti-Semitism in Europe which led to genocide in the form of the Holocaust. Iraq, Libya, and Syria are now in pieces as a result of islamophobia. Sri Lanka is also experiencing the impact of Islamophobia. Certain media outlets in this country created this. They promote hate and further conflict. This country cannot progress this way. There are global media organisations that disseminate news and their owners have agendas. Pages are filled with news without any criticism. The public mostly thinks that if certain news items are published in certain papers, that it is the one truth; they are treated like the gospel. The media has a big responsibility. People should not fall prey to the agendas behind these media organisations. If our media practice is not critical, we will be leaving a war zone behind for our children.


Weapon producers of the world have agendas. Those who try to dominate the world have agendas. I am not trying to whitewash anyone. If Islamic extremism is also behind this, that should also be investigated. We have experienced violence as a country for five decades. After independence, we could not see the political will to safeguard unity among all Sri Lankans. We are now suffering the consequences. We had to face the 1956 Sinhala Only policy. When the policy was corrected, the damage was already done. Islamophobia is the challenge we face now. The media has a huge responsibility in this matter and there should be bodies that hold them responsible, especially online media.

Do you not think that Islamic extremism is a problem in Sri Lanka?

Extremism exists in all groups, but in every community, it is always a small group that holds extremist views. I come from the Kalutara District. I came in first at one of the elections. Only 8% of the district’s population is Muslim. We had a strong connection and brotherhood with the Sinhala people. These divisions are mostly created artificially in my opinion. We must understand and respect diversity and live with it. Our country has the values of four religions. We are a society that understood and respected diversity. We must question who is trying to create divisions and conflicts to increase weapon sales, who is trying to spread their domination around the world through such conflicts, and who is doing this in Sri Lanka.
Samagi Jana Balawegaya (SJB) visited the Eastern Province recently and the professionals we met there said that ethnicity and religion-based political parties are becoming stronger in these areas. They said that it is because the national parties did not look at their problems as a party. Both Tamil and Muslim representatives raised this issue. National parties should act like national parties.


We are disappointed by the representatives of ethno-religious parties that voted for the 20th Amendment to the Constitution. The 20th Amendment was a dark turn of events. We should not allow our stances to be swayed by trends. We should firmly hold on to the stances that are favourable to the country. I am happy to say that our Leader Sajith Premadasa believes that no ethnic or religious group in this country should be cast aside and that they should all be made a part of the Sri Lankan identity in order to strengthen it. He has the political will to unify the people of this country. We have no other future. If we fail to do this, none of the conflicts will come to an end.

Steps have been taken on the part of the Government to ban the face veil. There has also been a recommendation of the PCOI report on the Easter Sunday attacks that political parties that identify with ethnic or religious identities should re-register and change their party names. What are your thoughts on such measures?

I always believe in democratic means. It is the society that must decide on such things. My opinion on the ban of the face veil is that we must always be democratic in these matters. Do take such steps if it is a threat to our security, but do not take such decisions single-mindedly with the aim of oppressing one group of people. Communities should be discussed with, consulted, and decisions can then be made when an understanding has been arrived at. When it comes to the matter of political parties, instead of banning such political parties legally, we should attract people to national parties. National parties should not ban other ethnicity or religion-based parties. That is a joke. The population would be attracted to us when we adjust our political behaviour as national parties. The other parties would then be isolated. If our parties have internal democracy, when the membership represents all communities, this would be achieved.


The SJB has this internal democracy. Representatives of the local governing bodies from the Kandy District have decided unanimously that they should go forward with Sajith Premadasa and his political movement. This pressure came from the bottom, the grassroots. Our Constitution no longer has permanent leaders like the United National Party. We launched a struggle and formed the SJB to bring that change to ensure that we will not be a party that loses elections back to back. Organic leaders were not allowed to emerge. The leader of the SJB will be selected annually. The party convention must be held annually. Sajith Premadasa is only the leader for a year. The next leader will be decided at the next convention. Our agenda is a social democratic one that is progressive. I would like to invite the public to not look at us through preconceived notions.


After his election victory, President Gotabaya Rajapaksa said something to the effect that he won without the votes of the minorities. A leader of a democratic society cannot behave that way. When the Federal Party walked out of former Prime Minister Dudley Senanayake’s Government, Parliamentarian Amirthalingam said that though they walked out of the Government because the PM could not do fair by them; that he is great Buddhist leader in the country and that they would be supporting him govern from the outside. Though the leader was a Sinhala Buddhist, he could be trusted as a leader of all. This is what should be won in the future.

Do you think the Muslim community got a satisfactory solution to the issue of having to cremate their Covid-19 dead?

The mandatory cremation of Covid-19 victims is a huge black mark in the history of this country. Even the efforts to correct the wrongs are steps that are taken reluctantly. It was an unnecessary issue that was dragged on for a whole year when there was local and international scientific evidence to prove that it is safe to bury these victims under specific guidelines. Imran Khan, the Prime Minister of Pakistan, which was a country that stood by Sri Lanka in the most difficult of times, was set to address Parliament. Because of the burial issue or for some other reason, that was called off. We are yet to find out whether this decision was made together or whether one party decided to cancel. It is as though our foreign policy is formulated by pre-school children.

Should the OIC countries support us at the vote on the Core Group resolution on Sri Lanka at the UNHRC sessions?

OIC countries have supported Sri Lanka throughout history. I don’t think it will change. (United Nations High Commissioner for Human Rights Michelle) Bachelet’s report shows that they are ready to forget the events of the past. The contents of this report consist of the limitation of democratic space in the country, the militarisation instead of the establishment of independent commissions, the absence of press freedom. These concerns are about the violation of rights of citizens of this country. We are answerable to the world. We cannot use the US as a shield, claiming that they are not questioned for their violations of human rights. We must answer these questions and not run away from them.

For whom is the Budget?

November 13, 2021 byNews Admin No Comments
A country’s budget is one of the Government’s most potent instruments in signalling its policy directions. In democracies, the Budget is the financial mirror of society’s choices; a document that refl

September 22, 2020 byCharindra No Comments
Members of the Samagi Jana Balawegaya (SJB) expressed their outrage about the introduction of the 20th Amendment in Parliament by wearing protest tags against the amendment.