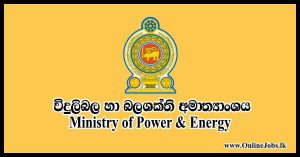 The report of the committee appointed to look into last week’s power outage will be presented to Minister of Power Dullas Alahapperuma today (24).

Ministry of Power Spokesman Sulakshana Jayawardena told The Morning that the report will highlight the reasons for the blackout and the actions that should be taken to prevent such an error in the future.

However, according to the Ceylon Electricity Board (CEB), last Monday’s (17) massive blackout, caused due to a technical fault at the Kerawalapitiya Grid Substation, crippling the entire Norochcholai Coal Power Plant by forcing the country to go for intermittent power cuts, is now claimed to have been caused by a human error.

CEB Chairman Eng. Vijitha Herath told The Morning that the blackout was experienced due to a mistake by an electrical operator during maintenance work at the Kerawalapitiya Grid Substation.

Accordingly, the CEB has identified that the issue had started at the 220 KW Kerawalapitiya Grid Substation where the maintenance work had been mostly completed; while carrying out the final phase of the said maintenance work, a mistake had been committed by the Electrical Superintendent in Charge.

June 5, 2022 byRuwani Fonseka No Comments
The Public Utilities Commission of Sri Lanka (PUCSL) says that there will be no power cuts today (5).

Although, PUCSL Chairman Janaka Ratnayake stated that there would be power cuts beginning tomorro

Remove my image from propaganda: Prez.

July 3, 2020 byTSM Web Desk No Comments
President Gotabaya Rajapaksa has ordered that his photographs and images not be used by candidates contesting the upcoming general election in their propaganda campaigns.