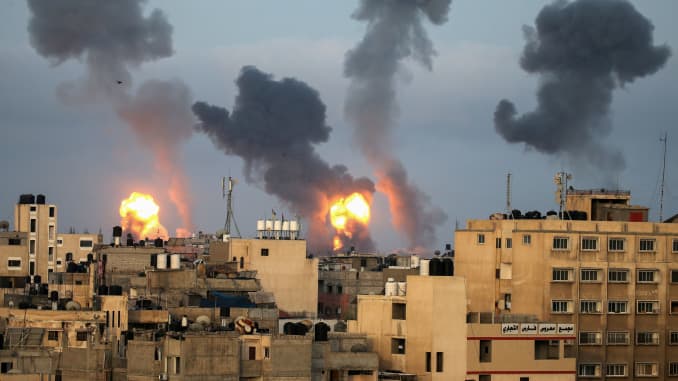 Israel-Palestine conflict: ‘No threat to safety of Lankans there’

There is no threat to the safety and security of Sri Lankans living in areas of Israel and Palestine and there have been no complaints received so far by the Sri Lanka Bureau of Foreign Employment (SLBFE) from Sri Lankans presently there, The Sunday Morning learnt.

SLBFE Deputy General Manager and Spokesman Mangala Randeniya said that there was no threat to Sri Lankans living in Israel, adding that there were no Sri Lankans in the Gaza Strip in Palestine.

He said: “There is no need to bring anyone back as of now, as Israel has declared that there is no threat to Sri Lankans living there.”

Randeniya further added that diplomatically speaking, the SLBFE is not supposed to comment on the Israel-Palestine situation.

“The Foreign Affairs Ministry has also not made mention of any threat to the safety and security of Sri Lankans living in Israel and Palestine and so far, there is no repatriation process in this regard.”

However, on 16 May, the Sri Lankan Embassy in Tel Aviv, Israel, issued a special statement urging Sri Lankans in Israel to remain vigilant on the ongoing conflict in the Gaza Strip.

The Embassy also urged Sri Lankans in Israel to avoid crowded places and to refrain from unnecessary travel.

According to the Embassy, nearly 5,000 Sri Lankans reside in Israel and the Mission has directed them to have their passports with them in case of any emergency.

Many big names not in new Cabinet

May 29, 2020 byTSM Web Desk No Comments
Two additional hospitals have been prepared to take in new Covid-19 patients with a combined capacity of 300 beds.