‘Issue Mendis liquor licence to me, not to Aloysius’ 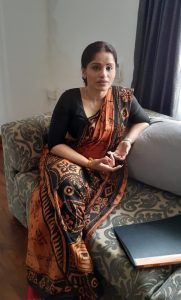 The issuance of a liquor licence to W.M. Mendis & Co. Ltd in early July, after the licence had been suspended earlier for non-payment of excise tax, was met with widespread criticism, as the company is owned by controversial businessman Arjun Aloysius. Aloysius is the son-in-law of former Central Bank of Sri Lanka (CBSL) Governor Arjuna Mahendran and the central figure in the 2015 and 2016 Central Bank “Treasury Bond Scam”, for which he spent nearly a year in remand custody in 2018 and was indicted in February 2021. The avalanche of criticism the issuance of the licence was met with led to President Gotabaya Rajapaksa deciding to revoke the licence a few days later, following requests by the Cabinet of Ministers.


While this episode brought Mendis and Aloysius back into the public discourse, it also threw the limelight on the lesser known Jayasiri Group of Companies, as it is the Managing Partner of W.M. Mendis & Co. Ltd. Founded in the early 1970s, the Jayasiri Group of Companies has been engaged in industries such as tea, rubber, hardware, timber, transportation, land, jewellery, and gems, apart from the liquor industry. Jayasiri Holdings’ Director Nadeeka Karunarathna, in an interview with The Morning, made an impassioned plea from the President to reissue the licence under the Jayasiri Group of Companies, ensuring that Aloysius has no involvement nor revenue from the operations.
The following are excerpts of the interview.

Firstly, what is your current involvement with W.M. Mendis & Co?

Why was this agreement signed for 10 years?


Arjun wanted the agreement signed for five years but our lawyer negotiated for 10 years because we wanted a longer engagement to justify our effort and investment on rebuilding the company.

Who is currently representing Jayasiri Holdings in the Board of Directors of Mendis?


There was one Board Member from Jayasiri earlier, but Arjun ensured that he was removed. Now it is only Arjun as Chairman and Dinendra John as a Director.

Had you been involved with the liquor industry prior to the signing of this agreement?


I’m a devout Buddhist and I have strong links to the temple. I am also a vegetarian and I personally don’t consume alcohol. I generally don’t want too much publicity about my involvement in the industry due to the cultural context of Sri Lanka. But since you asked, we operate wine stores so we have been involved in the retail alcohol business for years. We are also liquor distributors, which was how we originally partnered with W.M. Mendis & Co. Ltd. Therefore, I had achieved success in both retail and distribution. Finally, I wanted to enter the liquor manufacturing space so that I could cover the full gamut of the alcohol industry. Our foray into manufacturing was going well until Aloysius was released in January 2019. Today, I regret my decision.

What is it you regret? Is it entering the alcohol industry or your involvement with Mendis specifically?
It is not about the industry. If I am paying my taxes properly I am free to engage in any legitimate industry. I don’t regret my association with W.M. Mendis either. My only regret is tying up with Arjun Aloysius. Our company had made slow and steady progress over the years without taking unethical or illegitimate shortcuts to success. We had a good, unblemished record that had been built over decades. But our involvement with this individual has placed a black mark on our record. I associated with him very closely for about seven or eight months and he really is a horrible person, the absolute worst type of human being I have met.

Why do you say that? Furthermore, you pursued legal action against Aloysius in 2019. What was the reason for that?
Immediately after his release from remand custody the relationship between him and me was quite good. He was raving about how well I had managed the company in his absence. But after about two or three weeks he started receiving good feedback about me from the company’s stakeholders and partners. They spoke about how I had turned around the company and resentment and jealousy built up inside him. I am the one who made sure all the outstanding taxes were paid to the Excise Department and that all the employees at Mendis were provided bonus payments just eight months after taking over, without even taking a salary myself. This is when the relationship began deteriorating. Then he started interfering in the business. It was only in January of 2019 that the company began struggling again.

What do you mean by interfering? Did he forcefully enter the premises?


He would not physically enter the premises but he would hold meetings with the managerial-level officers of the company at his residence while I was at office. Basically he would issue instructions for them to do exactly the opposite of what I did. His intention was to guide the company down a wrong path so that Mendis products would suffer a loss in demand. This way he would be able to create the perception that the company is suffering due to my mismanagement and incompetence to our stakeholders, including banks. Then the banks and other stakeholders would pressure Arjun to get more involved with the company and wrest control away from me in order to “rescue” it.
A couple of weeks after that he started physically entering the business premises. I permitted this as he is the owner of the company as well as the property owner. Then he started requesting me to be allowed to hold meetings of his other companies, such as Perpetual Group of Companies, in the W.M. Mendis board room. I allowed this too. Then he started taking employees of Mendis also into these meetings along with the employees of Perpetual Group of Companies. Sometimes, he would hold these meetings after work hours at night time. It was when he started exerting this level of control that the company started suffering losses again.

What caused these most recent losses?


In the five to six months that he unlawfully took control of the company, he was responsible for tax evasion of over Rs. 1 billion, including interest payments. That was the reason the Government suspended the licence of W.M. Mendis again. I took over the company and settled overdue excise tax payments of over Rs. 500 million in a period of just eight months, only for him to force his way back into the management of the company and leave an outstanding tax bill of over Rs. 1 billion in just those five or six months.

Didn’t you get any relief from the legal action you initiated against him?


The court ordered that Arjun could not enter the premises. After that he stayed away physically but went back to conducting meetings at his house. We pursued legal action against that too but that case is still ongoing. 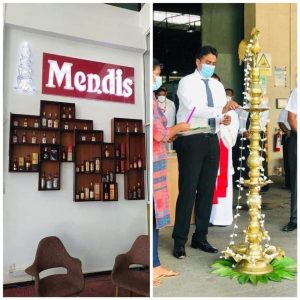 Arjun Aloysius lighting the oil lamp at the ceremony to recommence operations of W. M. Mendis in early July

Photos were circulated online of him lighting the oil lamp at the reopening of W.M. Mendis when the licence was issued in July. If you had so many problems with him, why did you invite him to the reopening?


I did not. The HR Department, which sends out invitations, did. The staff is not mine. They were hired by Arjun so they are loyal to him, so much so that if he had asked them not to invite me to the re-opening they would not have invited me.

Why was the licence issued recently? Was it more due to your efforts in engaging with the authorities or due to the efforts of Aloysius?


I tried my best using my own means but I am only a normal business woman. I don’t have the kind of power and influence that Arjun has.

So you are saying that the licence was reissued mainly due to the connections that Aloysius has, isn’t it?
Yes.

How much of a stake does Aloysius have in W.M. Mendis?


He holds 95% or 96% of shares. He is virtually the sole owner. Jayasiri has zero shares in Mendis.

Whom do the profits accrue to?


Actually, there are no profits currently. Arjun started evading tax payments in April 2019 when he started enforcing himself on the company following his release. For example, if he had to pay Rs. 100 million in taxes for a month he would pay between Rs. 30 and Rs. 50 million only. He felt that he had impunity due to his power and influence and connections.

Understood. However, if there were profits, hypothetically, whom would those profits go to?


As it stands now, with the same bank accounts and the same signing authority, there are no two words. It would go to Arjun Aloysius.

So isn’t this the real reason for the public outcry against the reissuance of the licence? The fact that there has been no meaningful divorce between him and Mendis and therefore he ends up profiting?

How would that be possible? Is the brand Mendis not the property of W.M. Mendis?


It is. But due to the Managing Partner agreement, Jayasiri Group can obtain the licence and manufacture and sell Mendis products for the duration of the agreement. Then the profits would accrue to Jayasiri, not to Mendis.


No, I have made enough payments on behalf of W. M. Mendis that I can set off the property rent against those payments. I can even take on the responsibility of paying off the debt Mendis owes to different entities over these 10 years, and say that in return I am exempt from the payment of rent for the property.

Why are you requesting the President to intervene in this matter? Why can’t you pursue legal action?


I have already spent so much money on legal fees due to the cases that I have filed over the past two years. This is on top of the excise duties and the payments I have made to the banks on behalf of Mendis. The total expenses are already more than I can bear. I am not in a financial position to spend any more unless I have sound advice from lawyers that it is a case that is likely to achieve my purpose within a reasonable timeframe.

Have you made this request for the licence to be issued under your name from the Excise Department?


We showed them the documents and the management agreement we have with Mendis. If we made the request they would say that it is beyond their control as it falls under the Finance Ministry. We have conducted business in a normal and ethical manner so I don’t have any major contacts at the Finance Ministry or any powerful political contacts.


That is why I say this would not be possible without the intervention of His Excellency the President. Only he can do justice to this issue because he has no history in politics. His Excellency doesn’t have connections or relationships with these people. Therefore, he can make the correct and fair decision and ensure justice is done.

September 30, 2021 byNews Admin No Comments
The year 2020 changed our lives in a way unimaginable, and in every aspect possible, entrapping us not only behind masks and in the confines of the four walls of our homes, but also the infinite unive

August 16, 2022 byNews Admin No Comments
India’s 75th anniversary of Independence was celebrated in different parts of Sri Lanka on Monday (15). The celebrations this year are a part of the “Azadi Ka Amrit Mahotsav” initiative, a global camp