‘It will come to you, and once it does, you will feel it’

Being an artist and being artistic are not one and the same. Being artistic means you have innate creative skill and you like to dabble, but being an artist means making a conscious decision to pursue your art, come hell or high water. 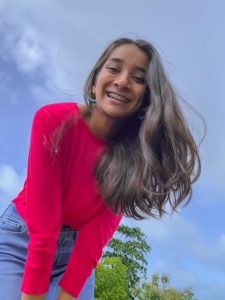 This week, Brunch spoke to Jerusha Perera, someone who has moved from being artistic to becoming an artist. Now making waves as a digital artist and content creator, Jerusha has had art on the brain, well, forever. “I was kinda known as the art kid in class,” she admitted, adding: “And I was obviously interested in it, but I didn’t study art as a child; I studied music.”


Incidentally, Jerusha has also just released some of her own music, but focusing on her development as an artist for the moment, she explained that she began exercising her artistic side more properly at the age of 13 when, after doing some mugs, plates, and bowls as presents for her Sunday School teachers, her work was so well received that she began her own small business, Kaya Creations. Her initial plan for higher education was studying business, even securing the opportunity to study business in Tokyo, but Jerusha just knew that there was something missing, and instead embarked on studying design at the University of Moratuwa.


“Commerce felt like a safe option, and though I was never discouraged from doing art, it was not something I’d considered either,” Jerusha explained, adding: “But in the end, I decided not to go to Tokyo and to pursue design instead. It just felt right, and looking back, I’m really glad I did it. Had I gone to Tokyo, I wouldn’t have been able to pursue something that I really enjoyed.” 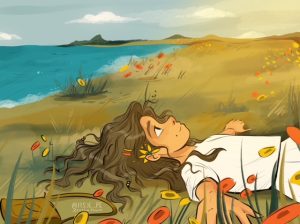 After beginning her studies in design, Jerusha began to find her feet as a digital artist, and the pandemic turned out to be a blessing in disguise because it gave her the chance to really find herself artistically. “I started developing and improving my own style as an artist,” she said, adding: “I started my own webcomic, and ventured into a kind of rebranding, switching from Kaya Creations to Je Pe (pronounced Jay Pay; it draws on the first two syllables of my name). I’ve had wonderful opportunities to work with different companies, and I am now getting into video creation.”


Jerusha has just launched her own YouTube channel – Jerusha Perera. “YouTube was something I never considered doing. I never saw myself as one of those people on YouTube, but now with the way the world is going, it felt appropriate,” Jerusha said, explaining that previously, Instagram was the biggest platform for getting your work out there, but now the next biggest thing is TikTok, which was how she started creating video content, doing short art videos and tutorials. “I got a lot of traction in July and August, and lots of people told me they enjoyed my videos and that I should start a YouTube channel.” 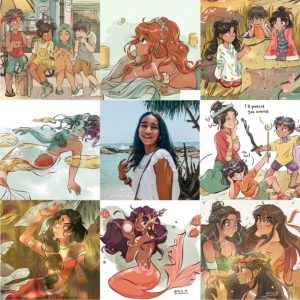 Drawing inspiration from the Vietnamese YouTuber Linh Truong, who she had seen bring graphic art into her own YouTube channel and had an amazing ability to tell stories through her channel, Jerusha decided to take the plunge, launching her channel in August. Just two months later, Jerusha has already garnered 500 subscribers. 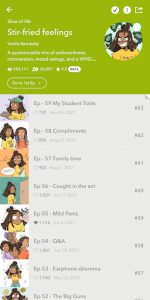 Part of Jerusha’s fan base comes from the readers of her own webcomic Stir-Fried Feelings, which she launched a year ago on the Korean webcomic platform Webtoon. Jerusha was introduced to Webtoon through a friend she describes as “a complete geek”, and while she wasn’t as intense a comic, manga, and anime fan, she saw how the Webtoon platform promoted new creators and gave them a platform to put their work out there. It was Jerusha’s love of storytelling that inspired her to create her own comic, and she was very excited to see it well received by people across the globe. “Stir-Fried Feelings is not a narrative comic, it’s a ‘slice of life’ comic that’s loosely based off of random episodes of my life with a couple of recurring characters who appear in each comic.”


Speaking about her other creative pursuits, Jerusha shared that she was really encouraged to study music when she was young, and has, in fact, written a lot of songs that have been produced. One of the first songs she ever wrote (at age 15), has just been included in a collaborative album featuring other artists from her church (she is an active member of her church choir, and much of her exposure to music has been gospel). The album, Glorious Music Volume One, was released last month.


As someone with her fingers in many creative pies, we asked Jerusha how she maintains her authenticity and artistic style. She explained that it was a struggle, at first. “I think everyone really struggles with finding their artistic style. It still causes so much frustration and I have days where I get fed up, Jerusha said, adding: “If I had to say how, I would say to draw inspiration from the things you like. It sounds vague, I know, but it’s that combination of things that shape and make your art style – from colours to shapes to textures to just about anything. Keeping that in mind, putting in the effort, time, and practice towards creating what you like and your art style is what I would say to do. To just keep at it. As much as it doesn’t feel that way, it will come to you, and once it does, you will feel it.”

Why should children know where babies come from?

September 26, 2021 byNews Admin No Comments
Child abuse is one of the most pressing social problems of our time, not just within Sri Lanka but globally as well. Like with many social issues, one strategy that can go a long way to limit the inci

The truth about low back pain

October 18, 2019 byThe Sunday Morning No Comments
Low back pain is extremely common and experienced by people of all ages. If you have low back pain, you are not alone. About 80% of adults experience low back pain at some point in their lifetime.