‘It’s not an easy process’

September 9, 2021 by Venessa Anthony No Comments

Colombo-based independent policy think-tank Advocata Institute Research Manager Aneetha Warusavitarana has secured a place at the University of Cambridge for an MPhil in Public Policy.

She was also one of the Sri Lankans this year to secure the Commonwealth Shared Scholarship. Brunch had a chat with Warusavitarana to learn more about her achievement and future plans. 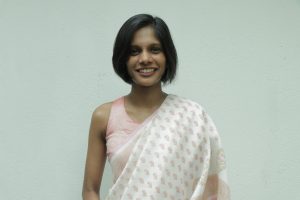 Receiving such a prestigious scholarship is no small feat. Warusavitarana told us that this was actually her second time applying for the scholarship: “When I applied the first time around, I got into one of my universities, but I didn’t get funding so I was unable to go and had to turn that offer down.” She also added that when she applied the first time, she didn’t do enough research on funding opportunities available.

Upon reapplying this year, as she had a better idea of what to expect, she was able to get accepted into more of some of her choice universities and was able to secure this scholarship. Failing to receive a scholarship can be discouraging to most, but she urged students to keep trying and to “use the knowledge you gained from applying the first time, and improve your application the second time”.

In terms of the process, Warusavitarana highlighted that these things often take a lot of time and work, adding that there’s definitely a bit of luck involved as well, and we should talk about this more and bring awareness to this long process. “Sometimes people do get in on their first try and that’s brilliant, but I want to highlight that it’s not an easy process and it can take a few tries,” she commented, adding that because often when someone gets a scholarship, people tend to focus on the fact that they received it and neglect to acknowledge how tedious the process is. She humbly added that she is not the only person to receive this scholarship and that there have been others who have been equally successful in securing one from a variety of universities.

Going into more detail about the behind the scenes of achieving such a feat, Warusavitarana commented that she really underestimated the amount of work that had to go into it; it’s not as simple as applying, there is an immense about of research that goes into looking into different programmes, figuring out what scholarship opportunities were available, and which universities best suited her requirements. This would not have been possible without the help of her friends and colleagues who rose to the occasion and were kind enough to review her application and offer helpful feedback. “One thing that I should’ve done the first time I applied, and did during the second time was to ask for advice or suggestions, as well as speaking to people who had also applied successfully and get a few tips. Just doing that helped my application a lot,” she added. When she was applying, there was no lockdown in place so she was able to work on her application with others applying, and she deemed this to be very helpful.

A significant challenge for Warusavitarana was facing the numbers of how much funding and what options were available within her university, department, and external sources. “They are not easy decisions to make and anyone applying for their undergraduates or masters would agree with me on that! Getting started on your application and cutting out programmes that don’t fit your funding were some of the difficult decisions I faced,” she stated.

During her time at Advocata Institute, she has worked on identifying the barriers in the registration process for small and micro businesses in the country, state owned enterprise reform, import taxes in Sri Lanka as well as some work on trade.

Warusavitarana has an interest in many policy fields of work, and hopes that upon completion of her Masters programme, she’d be able to focus her interest more.

She labelled the work she did on small and micro businesses “interesting”, as she discovered that many people weren’t aware that the registration process for someone who is registering for a partnership is different to someone who is registering a private company. “Because of the way the law works and the acts that have been put in place, it was easier to reform under the Companies Act and the process for registration was simplified,” she explained. Unfortunately, she added that it was difficult to extend that reform to sole proprietor and partnership registration, which is where the bulk of our small enterprises are registered under. She further explained that this is important work because small businesses form the bulk of businesses in Sri Lanka and a significant number of them are unregistered which means that they are left out of formalisation and the benefits that come with it, especially because we are in the middle of a pandemic and unregistered businesses won’t have access to Government relief, or formal sources of finance.

Talking about the biggest lesson she learned in terms of her work, she commented that she understood the importance of reaching out for help. “If I needed to get something checked, or get a different perspective, asking for help was one of the most useful lessons I learned at Advocata, and everyone was more than happy to help,” she expressed, adding that this helped her conduct her research and manage her time and work.

We asked her if she faced any obstacles brought upon by the pandemic, to which she responded that she didn’t have to face anything out of the norm. “We all had to work from home and shift to online meetings and take on the workload that comes with that. Everybody had to deal with the same issues and while it was challenging, it was not impossible,” she said.

For the rest of 2021 and the bulk of next year, Warusavitarana will be focusing on her Masters programme, which is due to start in a few weeks. Once she is done with the programme, she plans to return to Sri Lanka and do more work in her field in order to make an impactful change in the country.

June 16, 2020 byNaveed Rozais No Comments
Sri Lanka made waves over the weekend when news broke of a landmark archaeological discovery in the Sri Lankan rainforest of ancient tools and the second-earliest use of bow and arrow technology in hi