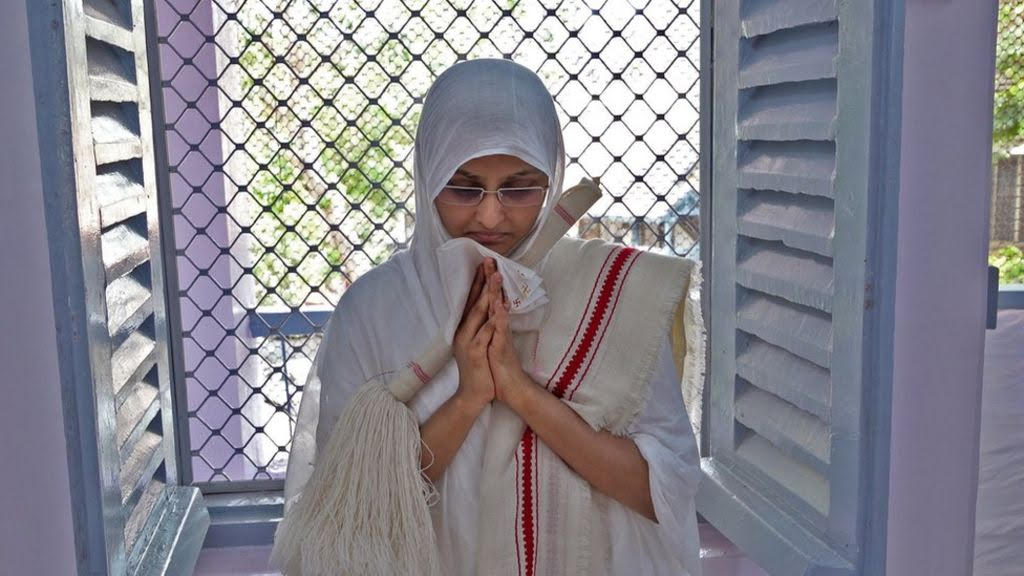 Jainism is one of the oldest religions in the world followed by nearly four million people today. Much like Buddhism and Hinduism, the roots of Jainism can be traced back to ancient India. They share a common cultural and linguistic background too, but the Jain tradition is regarded as an independent tradition and not a Hindu sect or Buddhist heresy.

The teachings of Jainism are mainly centered upon disciplined non-violence to all living beings. They believe in the welfare of every being in the universe and the welfare of the universe itself for the attainment of spiritual purity and enlightenment. Jainism is a Sanskrit term, meaning “to conquer”. A “conqueror” or “Jina” is a Jain renunciant (monk or nun) who has successfully fought against the passions and sensations to gain enlightenment that purifies the soul. The followers of the Jina are called Jain or Jaina, meaning “Follower of the Conquerors”.

Jainism originated during the Fifth to Seventh Century BC in the Ganges Basin of Eastern India. Although not regarded as the founder of Jainism, Mahavira is celebrated as the man who shaped Jainism into what it is today. In other words, Mahavira is considered to be the last of the 24 great omniscient teachers to lead Jainism. The teachings of Mahavira are found in texts called the Agamas. The texts were originally memorised by the monks and nuns instead of being written in books as part of their vow not to own any possessions. However, as centuries passed, the teachings were distorted. Certain texts were misremembered and forgotten. Some others were lost due to the deaths of prominent figures during a major famine. This led to a major split in Jains, forming the Digambara sect and the Svetamabara sect. The Digambara sect believes that all texts were lost during the famine, and the Svetamabara sect believes that the majority of them survived. In later years, the Svetamabara sect worked on preserving what was left of the Agamas by writing them down and allowing the monks and nuns to possess religious books.

The monks from the Digambara sect reject all worldly possessions, even clothes. Therefore, they practise nudity and live without clothes to demonstrate their lack of feelings such as modesty and shame. The Svetambara monks, however, wear simple white robes. The simplicity of Jainism requires Jains to use only what they need. Therefore, Jains wear loosely stitched or unstitched clothing and go without footwear to avoid harming plants and insects that might come in touch with their feet.

Jainism, as a whole, preaches that all plants and animals contain living souls and must be treated with equal respect and compassion. Jains believe that no human should harm each other and no harm should come to any living beings from humans. They are guided by “Three Jewels”, namely the right belief, right knowledge, and right conduct. However, their most supreme principle of living is called “ahimsa” or non-violence, which requires all Jains to practise strict vegetarianism and live sustainably by causing no harm to any living being and minimising their use of the world’s resources.

Jains take Five Great Vows, also called “mahavratas”. These include non-violence, non-acquisition, honesty, not stealing, and sexual restraint (with celibacy as the ideal). Jains believe that upholding the principles and vows of Jainism will help them attain the ultimate liberation from reincarnation or the endless cycle of birth, death, and rebirth. Immortality is believed to be the eternal state of bliss.

Jain festivals, although called festivals, are not celebrations followed by entertainment, excitement, and enjoyments. Instead, they revolve around renunciation, austerities, study of the scriptures, repetition of holy hymns, meditation, and expressing devotion. The objective therefore is to seek opportunity to show devotion and gain merit through various important events in the Jain calendar. Some of the most significant festivals are the Birthday of Mahavir, Diwali, Bhai Beej, and Paryushan Mahaparva. Participation in these festivals, however, is optional and not obligatory.

Fasting is considered to be an important part of Jainism and most Jain festivals incorporate fasting in their festivities. Different forms of fasting include complete fasting with no food or water, partial fasting with limited intake of food and water, fasting that limits the number of food items, and fasting that requires avoidance of favourite foods. The most devout Jains may even perform Santhara or Sallekhana, which is a fast until death. They voluntarily vow to fast to death by gradually reducing the intake of food and liquids.

A majority of Jains live in India, with smaller communities in English-speaking countries including the US and Britain. But many Jains today identify themselves as Hindu.

June 6, 2021 byPavani Jayasinghe Munagamage No Comments
“In our society, women are told that they have a timeline, that dreaming too big is silly, and that to be a ‘good woman’, we have to follow the ‘rules’ of our society. However, I hope that through the

April 26, 2020 byPavani Jayasinghe Munagamage No Comments
You’re scrolling through your Instagram on a Tuesday afternoon (Tuesday or Wednesday — we can’t tell which day it is anymore, can we?) You see how people are spending their time during curfew while in