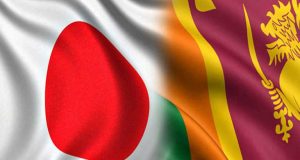 Sri Lanka and Japan are scheduled to sign a deal on skilled workers, which is set to take place in Japan tomorrow (19).

This deal is a strategic action plan between the Japanese Government and nine other countries to share their skilled workers with Japan.

Nanayakkara stated that this deal is “big victory for Sri Lanka” while addressing the media today.

He further stated that under this agreement, skilled workers from 14 categories will be granted employment in Japan.

December 14, 2018 byEaswaran No Comments
A petition has been filed before the Supreme Court against former Chief Justice Sarath N. Silva.

June 2, 2021 byAazam Ameen No Comments
In anticipation of an imminent oil spill at the current position of MV-Xpress Pearl, preparations are underway to handle such a situation if it arises, The Morning learnt.