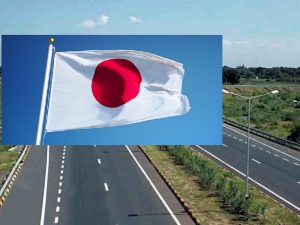 The Government has removed Japan as the fund provider of Section III of the Central Expressway Project (CEP) following a series of delays and disagreements stretching back to 2016, The Sunday Morning learnt.

Sources indicated to The Sunday Morning that the Road Development Authority (RDA) would now call for fresh Expressions of Interest (EOIs) for the construction of the long delayed Section III with hopes of establishing a smoother partnership with another nation.

When The Sunday Morning contacted RDA Director General Kamal Amaraweera, he confirmed the removal of Japan from CEP Section III.

“Japan has been removed as there were issues with the conditions put forward by them and the process had been carried out in consultation with the Attorney General’s (AG) Department.”

A loan of Rs. 135 billion was to be provided by Japan’s state-owned Tokyo Mitsubishi Bank (TMB) and discussions had been going on from 2016 without an agreement being reached.

Amaraweera added that the RDA was currently drafting an EOI permitting any country to put forward proposals for this phase of the project.

The 34 km-long Section III from Pothuhera to Galagedara was to be constructed at an estimated cost of around Rs. 135 billion. The contractor for this phase was originally set to be Japanese contractor Taisei Corporation.

However, a Cabinet decision had been taken recently to revoke the contract signed with Japan’s Taisei Corporation due to numerous issues. However, interestingly, the Government had awarded the tender for the construction of the second terminal at the Bandaranaike International Airport (BIA) to the same company last month.

A senior official of the RDA told The Sunday Morning that the EOI would be called within the next two weeks and the RDA would go ahead with the project without being a burden on the Government through the new arrangement.

The draft EOI had already been sent to Secretary to the President Dr. P.B. Jayasundera.

“The proposal with the best funding arrangement would be awarded the contract,” the official added.

Under the new model, the Government would not have to be paid until the expiration of the first five years after the completion of the project, he explained.

The previous contract agreement for the construction of Section III was signed in 2016 but the two parties, Sri Lanka and Japan, couldn’t agree on the conditions.

The Sunday Morning learnt that the loan conditions related to the jurisdiction and bribery were the main points of contention.

Initially, the plan of the previous Government was to complete the construction of the CEP which consists of four phases by the end of 2019. The construction of Section I, which was 37.3 km from Kadawatha to Mirigama, was slowed down due to the delay in finalising the loan agreements between Sri Lanka and China. Section IV was to be constructed by China but no agreement has been signed as yet for the construction.

August 14, 2022 byNews Admin No Comments
Sri Lanka’s efforts to improve trade and conclude the planned Free Trade Agreement (FTA) with China along with the debt restructuring programme with the Chinese have been put at risk by the diplomatic

October 6, 2021 byNews Admin No Comments
The world’s largest container ship, the Ever Ace, called yesterday (5) at the Colombo Port on return from her maiden voyage, the Sri Lanka Ports Authority (SLPA) said in a press release.