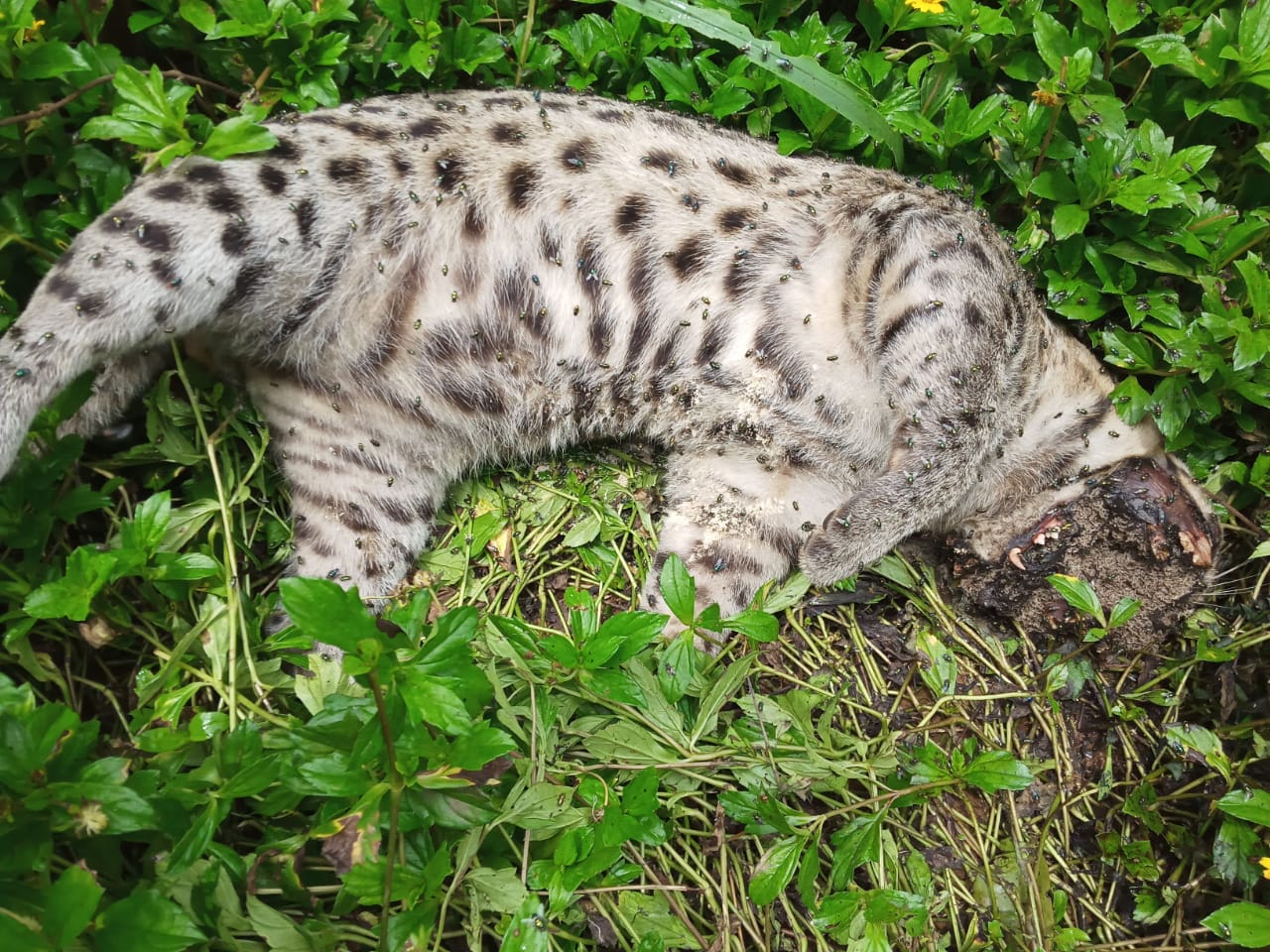 Friday (16) saw a supremely unfortunate, but sadly not uncommon, event come to light. The death of an animal due to a jaw bomb, or, as they are colloquially known, hakka patas. Reported on social media by Small Cat Advocacy and Research (SCAR), the unfortunate animal to have lost its life was a fishing cat, and this incident brooked comment because in all SCAR’s years of research (both formally and informally since 2012), they have never come across a fishing cat losing its life to a jaw bomb.

The fishing cat is a medium-sized cat that is widespread across Sri Lanka. It was globally classified as an endangered species by the International Union for Conservation of Nature (IUCN) in 2008. While globally this classification was downgraded to “vulnerable” in 2015, the Sri Lankan IUCN still records the fishing cat as an endangered species.
The unfortunate fishing cat in question was found in the Dolluwa area of the Kandy District, and was taken to the Department of Wildlife Conservation (DWC) Gampola beat office. 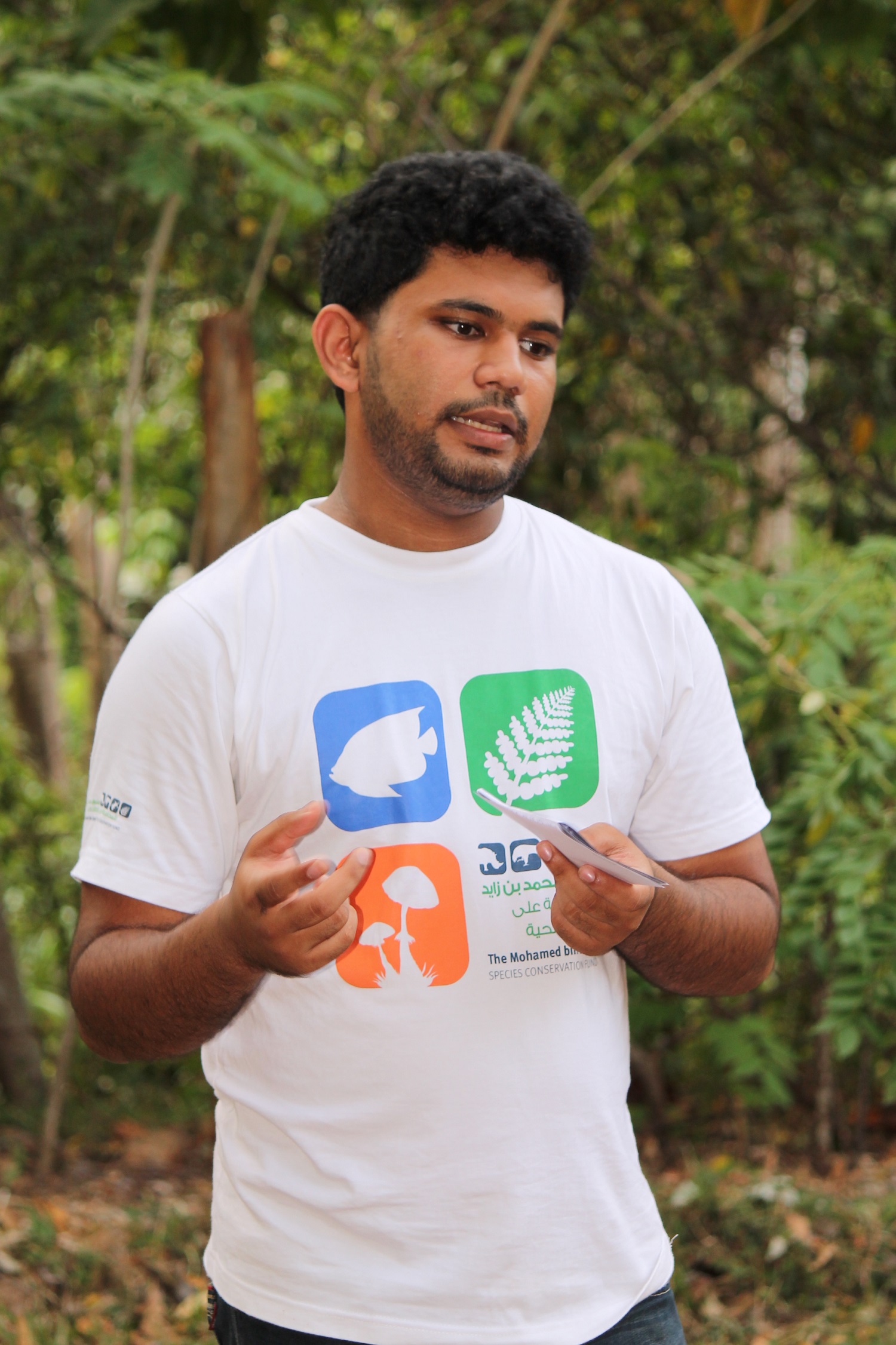 Brunch spoke to SCAR Co-Founder and Save Fishing Cats Conservation Project Primary Investigator Ashan Thudugala to learn more about some of the threats fishing cats face and how jaw bombs are likely to play a role. “There are a lot of fishing cats in that area,” Thudugala explained, adding: “It is a wilderness area, and you can even find leopards and rusty-spotted cats there as well. Basically, all cats except jungle cats which are only found in the dry zone.”

Thudugala shared that the main threat to fishing cats is the same as to most wildlife-habitat loss. Another major problem is being hit by cars, due to the fragmentation of the country’s forest patches that put not just fishing cats but all kinds of danger of being killed by vehicle collisions. Beyond this, snaring, electrical fences, and poaching are big problems, and, as can be seen now, jaw bombs.

Jaw bombs are somewhat new – they have been recognised as a major threat to elephants, harming elephants to the point that they can no longer feed properly and often end up starving to death or dying of infection. With smaller animals, like wild boar (their main target incidentally), they are fatal, as it was in the case of the fishing cat, whose head was basically, for the lack of a more delicate phrase, blown clean off.

To address jaw bombs, these are small improvised (and illegal) explosive devices hidden in food with the idea being that the bomb explodes when an unsuspecting animal bites into it. They are commonly called hakka patas – hakka meaning jaw and patas denoting the sound of a blast. The concept is not difficult to understand, and frankly, is just plain barbaric. They are wildly dangerous to all animals, and also to humans. This has not, however, put an end to their use.

The ingredients to make jaw bombs can be easily found (which is troubling in and of itself, given our resolute focus on terrorism), with the bombs being made by mixing gunpowder with tightly packed small stones or other hard materials. A chewing motion makes the hard bits grind against each other and set off sparks that ignite the gunpowder. The pressure of these components being tightly packed is what drives the explosion, which can have varying levels of success depending on the size of the animal and how the bomb was eaten.

The inhumanity of these jaw bombs is not hard to illustrate. At best, it explosively beheads an animal and at worst, it maims them and kills them slowly. The point of jaw bombs, or rather, the logic behind them, is to use them as a form of pest control against wild boar, which frequently raids crops, and are admittedly pests and a danger to farmers. Being killed by a boar or losing your crops (and livelihood) to one is most certainly no joke, especially for low-income households who are struggling as it is.

But this is where the question of the means justifying the end rears its head. Is it sustainable, ecologically and morally, to employ a form of pest control that is a danger not just to the animal you are trying to ward off but all the animals around? For example, plenty of dogs have been killed by jaw bombs. They are now a major cause of death in elephants too. In 2016, a 10-year-old boy in Hambegamuwa died when a jaw bomb exploded in his mouth. On several other occasions, children playing with jaw bombs laid for animals suffered injuries when the devices exploded.

Brunch also reached out to the DWC who shared that they do not support the use of jaw bombs in any way, and that jaw bombs are illegal with fines and jail time applicable based on how the jaw bomb has been used and which kind of animal has been killed or harmed (endangered animals would mean more severe penalties). The source at the DWC also shared that the appropriate thing to do for anyone who witnesses jaw bombs being made or used is to contact the Police.

On how to move away from the use of jaw bombs, Thudugala of SCAR explained that this is down mostly to education. “First we have to educate the people, and find solutions for their problems as well,” he said, adding: “If they’re targeting these jaw bombs just for wild boars and the problem is wild boars attacking crop plants, we need to find solutions to keep the wild boars away. There are things we can do.”

These measures range from solutions like covering crops with plastic sheets when needed to protect them from boards, or building fences around crop lands that can keep animals, Thudugala shared. He noted, however, that these solutions require more effort and also greater financial investment as well, which is why in most cases, killing or eliminating the animals is the easiest thing for farmers and similar to do.

Sometimes, wild boars are also hunted for bushmeat, and jaw bombs are used for this as well, which is something Thudugala explained that can be defeated by people consciously deciding not to consume bushmeat and killing the demand for such meat (hunting bushmeat is also, incidentally, illegal).

The only real way to fix the issue of people using jaw bombs is to discourage it on a social and emotional level because of the harm it does to the animals around it, and to find proactive solutions that make these bombs irrelevant to start with. With Sri Lanka already facing unprecedented struggles with wildlife and environmental conservation, from elephant deaths to encroaching on national parks to being one of the world’s largest plastics polluters, let us hope that this is an approach that can soon be adopted by all Sri Lankans.

Treat your loved ones to a meaningful gift this Valentine’s

February 2, 2019 byJennifer Anandanayagam No Comments
In an effort to equip and empower families to rebuild and restore their lives, World Vision has organised a pop-up sale at The Bayleaf on 9 February,

August 31, 2021 byNews Admin No Comments
Although bilateral diplomatic relations were established with France in 1948, it was only in 1956 that the Ceylonese Legation was opened in Paris. Ceylon’s first-ever envoy to France was the bright yo