Group earnings before interest, taxes, depreciation, and amortisation (EBITDA) of John Keells Holdings (JKH), excluding the leisure industry group, stood at Rs. 5.22 billion during the third quarter of the year under review, which is a 5% increase 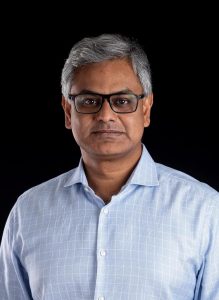 against the previous year (2019/20 Q3: Rs.4.99 billion), according to the recent financial statements issued by the company.

Despite the isolation measures adopted by the authorities due to the second wave of the Covid-19 outbreak in early October 2020, which caused a slowdown in business activity and dampened consumer sentiment, the subsequent gradual easing of restrictions enabled the businesses across the group to recover to near-normal levels by December, with the exception of leisure.

The company said in the statement, The Certificates of Conformity (COC) for the Cinnamon Life office tower and “The Suites” residential tower have been obtained, which will enable handover of the residential apartments and office tower to commence, on a staggered basis, from the fourth quarter of 2020/21 onwards.

It also noted that its supermarket business continued its positive momentum with overall revenue and EBITDA recording growth over the previous year driven by the contribution from new outlets, despite the closure or limited operations of outlets in certain isolated areas.

“The insurance business continued its recovery momentum recording encouraging growth in all its channels of distribution, amidst a challenging environment. The year-on-year comparison of the transportation industry group is distorted, primarily since the comparative quarter of the previous year had above-average profitability in the bunkering business on account of a transition to low sulphur fuel oil (LSFO), well ahead of competition,” the statement read.

The company stated that the pace of construction at “Cinnamon Life” continued to gain momentum during the latter part of the quarter despite the disruptions due to the second wave. The business continues to closely monitor the evolving ground situation and resultant impacts on the overall timelines of the hotel and the shopping mall.

“The overall performance and volumes in the frozen confectionery, beverage, and convenience foods businesses demonstrated a pick-up towards December once activity in the country returned to more normalised levels, although the performance for the quarter was hampered due to the onset of the second wave of Covid-19,” the statement further noted.

According to the statement, the Maldivian resorts segment demonstrated an encouraging performance following the opening of the airport in the Maldives in mid-July, with occupancy increasing to 53% in the month of December, resulting in the segment recording a positive EBITDA for the quarter.

In addition to this, leisure businesses in Sri Lanka continued to be impacted by the pandemic due to the closure of the airport and lower revenue from dining and banqueting due to the outbreak of the second wave.

Warning of rough sea and strong wind for Northern-Eastern lands