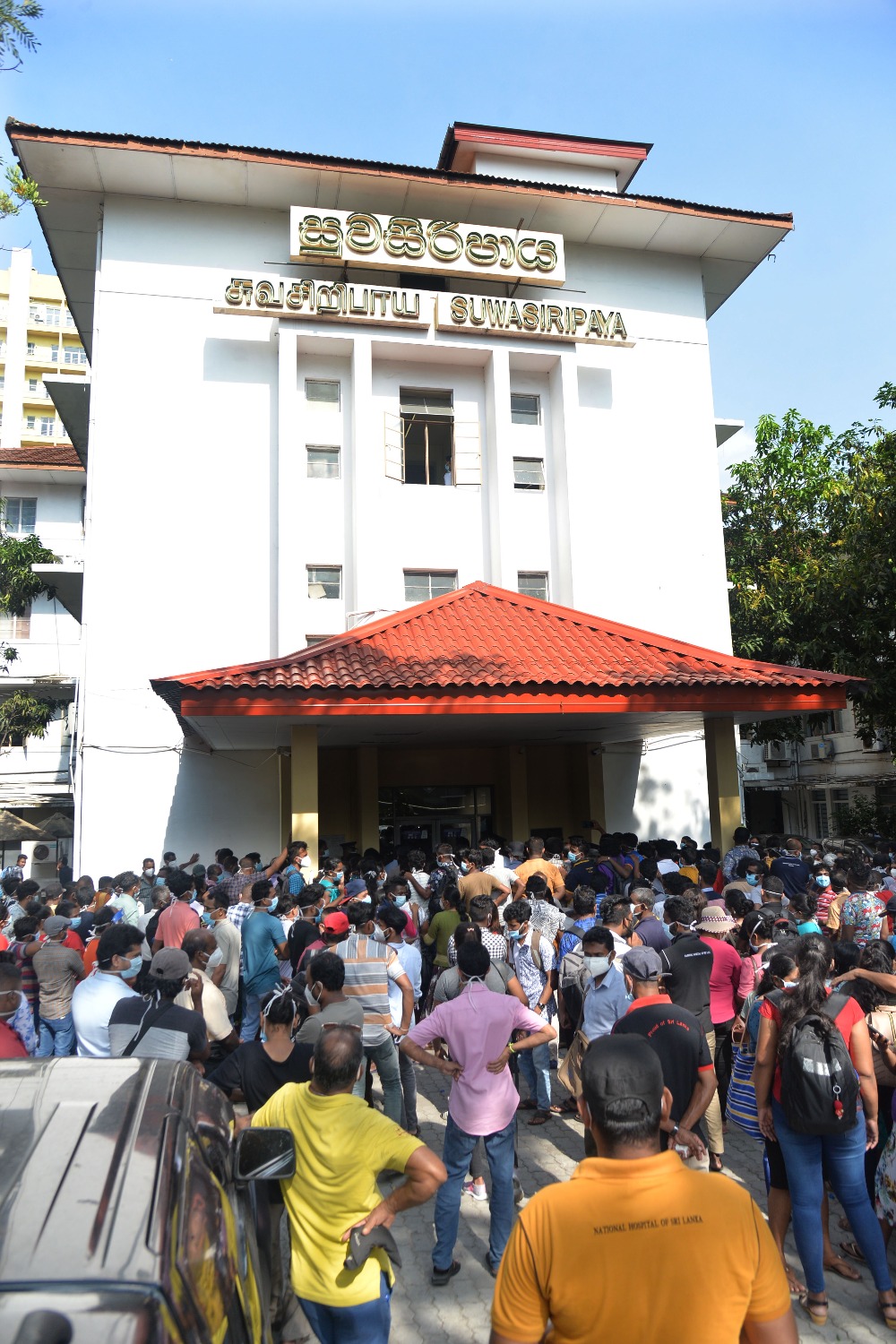 The discussions held between the Joint Health Workers’ Union (JHWU) and Secretary to the Ministry of Health, following yesterday’s (23) protest march and forcible entrance to the Ministry premises, have been unsuccessful.

Demanding that the Government addresses 11 issues faced by junior health workers, the JHWU marched and forcibly entered the Suwasiripaya Ministry of Health Premises in Colombo 10, before they were granted a meeting with the Health Ministry Secretary.

Speaking to The Morning after the discussion, JHWU General Secretary Tempitiye Sugathananda Thera said that the discussion was not successful and that the JHWU will launch a continuous strike if their demands are not addressed within 14 days.

“We were not given proper answers for our demands. If we do not get a favourable response to the demands within 14 days from today, we will be launching a continuous strike.”

Nine representatives of the JHWU were invited for a discussion with Ministry of Health Secretary Dr. S.H. Munasinghe following a protest march that resulted in heavy traffic around the Town Hall area.

Speaking to The Morning last afternoon (23), JHWU Central Committee Member Chaminda Lakmal Fernando said that after entering the ministry premises, the protestors remained inside till they received a response from the Ministry authorities.

“The protest march began at around 11.45 a.m. from the main entrance to the National Hospital of Sri Lanka with the participation of around 1,000 junior health workers from 40 hospitals.”

The JHWU alleged that senior police officials attempted to assault Sugathananda Thera and another member of the union. However, Sugathananda Thera said that the matter was resolved and that they will not be taking any action against the alleged assault. A number of junior health workers of hospitals located islandwide had called in sick ahead of the protest march.

March 9, 2020 byTSM Web Desk No Comments
The number of people to have died from the coronavirus in Italy has shot up by 133 in a day to 366, officials say.

February 3, 2020 byTSM Web Desk No Comments
China is struggling to deal with the virus, with more than 17,000 confirmed cases and 361 deaths.