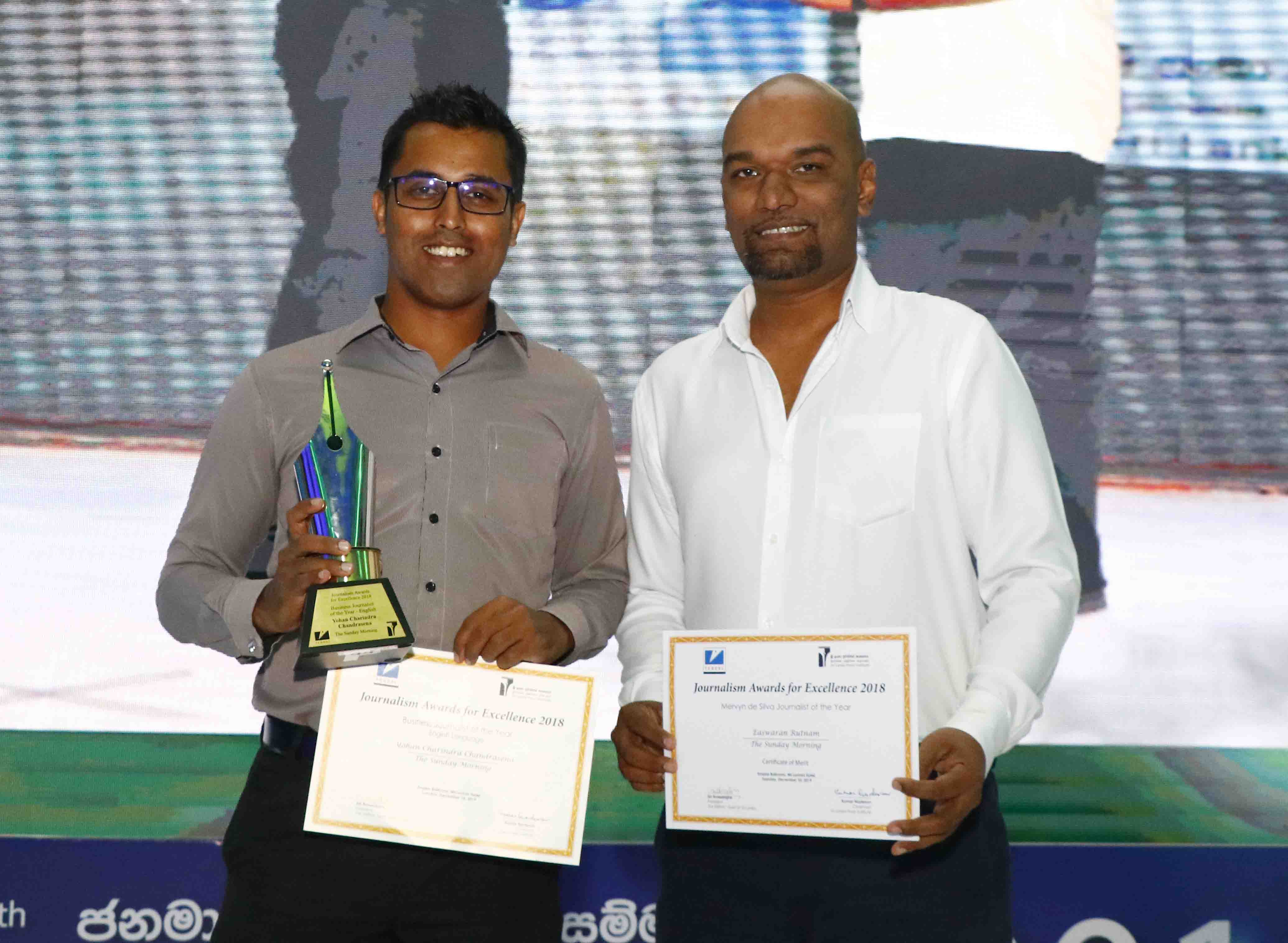 Journalism Awards 2018: The Sunday Morning scores in its first year

The Sunday Morning newspaper bagged one main award and a merit certificate at the 20th edition of the Journalism Awards for Excellence held at the Mount Lavinia Hotel last night (10).

The newspaper, which was launched in September last year, secured the awards for articles published between a short span of just three months last year.

Charindra Chandrasena, Business Editor of The Sunday Morning newspaper received the award for the Business Journalist of the Year 2018.

Easwaran Rutnam, Associate Editor of The Sunday Morning newspaper received the merit certificate for Journalist of the year 2018.

The Journalism Awards for Excellence 2018, was organised by the Editors’ Guild of Sri Lanka together with the Sri Lanka Press Institute.

May 28, 2021 byAazam Ameen No Comments
A multi-service project called Manudam was held on 01 and 02 May in accordance with all health regulations, organised by all the Leo Clubs of Leo District 306 C2.