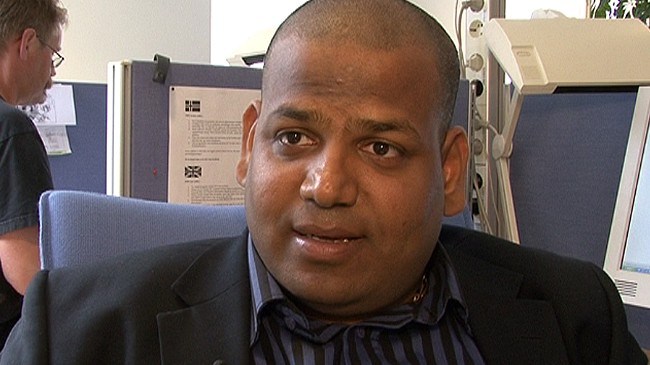 A suspect who had arrived in the country from Norway recently was arrested by the Nelliady Police following a warrant issued by the Kilinochchi Magistrate’s Court for threatening a person over the phone, seeking ransom, and failing to appear in court.

The suspect, identified as Nadaraja Sethurupan, had served as a journalist and TV presenter in the print and electronic media industry in Sri Lanka, Norway, and the UK.

Further investigations are being conducted by the Nelliady Police and the Terrorism Investigation Division (TID).

Sethurupan had yesterday updated his status on his personal social media profile, stating: “I am Nadarajah Sethurupan, journalist from Norway News, arrested for fake conspiracy case in Sri Lanka. I need help from Norway NIPS (Norway International Press Centre). My wife and kids are crying at the Police Station in Nelliyadi, Jaffna. I was invited to Sri Lanka by Sri Lankan President Special Envoy to Norway Dr. Cooray.”

June 28, 2020 byTSM Web Desk No Comments
Sri Lanka has not been included in the draft list of 54 countries that will benefit from the reopening of the European Union external borders, which is expected to happen by the beginning of July.

June 1, 2021 byNews Admin No Comments
The All Ceylon Nurses’ Union (ACNU), which initiated a 24-hour trade union action from 7 a.m. yesterday (31) citing several issues, warned that a two-day strike will be launched within 14 days from to