Judiciary and AG clash with CoI on political victimisation 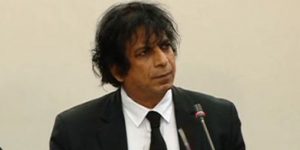 Gearing for a showdown

The judiciary and the Attorney General’s (AG) Department have come into the crosshairs of the Commission of Inquiry (CoI), appointed by the President to investigate alleged, political victimisation of service members of the armed forces and other civil servants.

In January, the CoI ordered AG Dappula de Livera to cease the prosecution of all ongoing trials and investigations on those whose conduct is being probed by the Commission, including the trial of several Navy officers accused of abducting 11 children for ransom and then murdering them in 2008 and 2009, the trial of army officers accused of abducting and murdering cartoonist Prageeth Eknaligoda in 2010, and the trial of Niraj Roshan, alias “Ali Roshan”, for elephant racketeering.

All three court cases are being heard before the three-judge Trials-at-Bar appointed by the Chief Justice, following indictments forwarded by AG de Livera on the basis of investigations conducted by the Criminal Investigation Department (CID) and Financial Crime Investigation Division (FCID).

The AG publicly rebuked the order, issuing a media communiqué through his co-ordinating officer stating that there was no legal provision empowering the AG to pause criminal proceedings before a court of law on the basis of a request or order from any authority other than a higher court of law. However, the trials are practically stalled, as the CID had in January handed all relevant investigation files to the CoI without obtaining prior permission from the courts hearing the cases.

The Trial-at-Bar hearing the case, about the abduction for ransom and murder of 11 children, against 14 naval officers last week, ordered the CoI to release the investigation files to the court to allow the trial to proceed, but this order was rebuffed by the Commission.

On Tuesday (3), the Trial-at-Bar on elephant racketeering against “Ali Roshan” and seven others issued an order to the Secretary of the CoI Pearl Weerasinghe to be present in court last Friday (6) to account for the investigation files relevant to the trial. When Weerasinghe was not present in court on Friday, the three-judge bench issued a bench warrant for her arrest and commanded the Police to take her into custody and produce her before the court. The bench also ordered the Controller-General of Immigration and Emigration to impound her passport.

In a near-immediate response, the CoI summoned the AG to appear before the Commission at 10 a.m. this Wednesday (11), to show cause as to why he should not be held in contempt of the CoI for involving the Secretary to the Commission in a judicial proceeding.

A communiqué released to the media on the letterhead of the Commission emphasised that the CoI cannot be held accountable to any court of law, and that files in its possession can only be requested by the President, and must be treated as confidential documents until the President produces them before Parliament. “No individual or institution has the legal power to seek such materials,” the release stated. “The CoI has determined that naming the CoI Secretary as a witness before court and issuing a summons on her is an ultra vires act that flouts the powers of the commission.” The Commission reiterated its order to the AG that he should immediately “stop proceedings” connected to cases under investigation by the CoI. “That order still stands.”

With the AG having placed on record that a CoI cannot compel a halt to judicial proceedings, and with the CoI threatening to hold the AG in contempt unless he changes his position, an unprecedented legal battle is set to unfold this week, with the police caught squarely in the crosshairs.