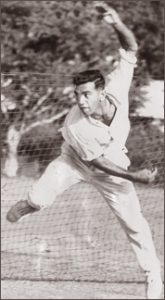 T.B. Kehelgamuwa was proud Dharmarajan before he became one of All Ceylon’s main fast bowlers

Kandy school products have gone on to play at the highest level. T. B. Kehelgamuwa is one good example. He studied at Dharmaraja College, Kandy. From the very early days, “Kehel” was a top class bowler.

Kehelgamuwa went on to represent Ceylon during 1967-68 to 1973-74 as one of the best pace bowlers of the country. He was always a tough fighter in any match. He had worried many top-class international batsmen in the middle.

Known as Dissanayake Mudiyanselage Tikiri Banda Kehelgamuwa, he was born in 1942 on the 10th day of December in Gampola. His parents were school teachers at Gampola. He was very lucky that he had his education in Kandy where he excelled in studies and cricket, in the early 1960s. It was cricket which earned him a bigger name at Dharmaraja. There, he also played football and hockey while being a good athlete too.

Kehel was guided by coaches like D.M. Dharamatillake, may be the oldest living product of Dharmaraja College. His other main coaches were Arthur Alwis and Sonny Yatawara. When he was playing for Dharmaraja, Kehel gave his best. He captained the senior team during 1960-61 and was in the same period got selected as the best bowler of the country at The Daily News Schoolboy Cricketer of the Year contest.

In Gopalan Trophy and Police

His breakthrough as a junior player came when he was picked to tour India with the Ceylon Schools in 1961. The team was led by Ananda College’s Yatagama Amaradasa who is no more. Kehel did well in bowling to control the strong Indians and pocketed the best figures of 8/8 in one match.

And, in the year 1961, he made Kandy proud by representing Ceylon in the famous Gopalan Trophy match against Tamil Nadu under the captaincy of C.I. Gunasekera, and later Michael Tissera.

Kehel, for employment, joined the Police Force in 1963 and played under stalwarts like T.B. Werapitiya, Tommy Kelaart, Neil Weerasinghe, Franklyn Burke, Hilton C. Perera, G.S. Ratnayake, and S. Sivaratnam there in Police. They were stalwarts of the Govt. Services Cricket Tournament in those years. 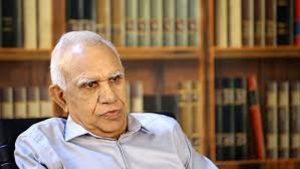 Kehel also played for Nomads. He was in the Nomads side which won the Sara Trophy under D.H. de Silva in 1967-68.

He was also Manager of the Sri Lanka team on few occasions. He was the Sri Lanka Manager when the national Test team under Arjuna Ranatunga recorded their first overseas victory in New Zealand in 1995.

He also had the unique distinction of being a selector for 10 years and was the Chairman of the National Selection Committee of Sri Lanka Cricket (SLC), then the Board of Control for Cricket in Sri Lanka (BCCSL).

On record, Kehel played 16 first-class matches and in 23 innings, he scored 266 runs at 12.66, with the highest score being 31 not out. He has captured 55 wickets at an average of 18.96, with two five-fors and the best being 5/18. Those days, Sri Lanka didn’t play Test cricket and all international games went as first-class matches.

Kandy’s cricket lovers still speak about T.B. Kehelgamuwa aka Kehel or Yaka (devil), the proud Kandy boy who went on to bring honour to the entire motherland.

September 12, 2018 byRevatha No Comments
Despite a 4-1 defeat in the Test series, the Indian skipper says his side have not been outplayed by England.