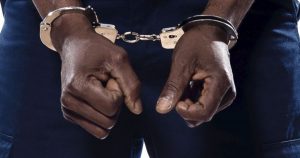 Underworld crime leader, ‘Kanjipani Imran’ was detained under the Prevention of Terrorism Act No. 48 of 1979 a short while ago.

The Colombo Additional Magistrate Court has allowed the Colombo Crimes Division (CCD) to detain Imran for a period of three months under this Act.

The suspect was taken into custody on arrival to Sri Lanka by the Criminal Investigations Department (CID) on Thursday (28) after being deported by the Dubai authorities.

He was arrested in Dubai by the police along with underworld drug kingpin ‘Makandure Madush’ and a few other Sri Lankan nationals.

It is learnt that the suspect had attempted to flee to the Maldives via Sri Lanka in order to abscond arrest.

November 29, 2018 byEaswaran No Comments
A motion submitted to Parliament to suspend funds to the Prime Minister’s office was passed today.

October 14, 2020 byCharindra No Comments
Eleven individuals have been arrested for violating quarantine curfew regulations within the past 24 hours, stated Sri Lanka Police.