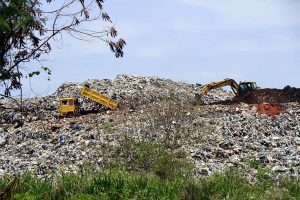 The fire that was reported at the Karadiyana Gargabe Dump in Piliyandala last night was caused by some cigarette butts and took place in the land adjoining the dump, according to authorities.

“It was a small fire and the Moratuwa & Mount Lavinia Fire brigades were at the scene to control and extinguish it. Also the fire took place in the land that’s adjoining the dump. This land is been used as an illegal dumping site and we have informed the relevant authorities as well as written to SLRDC to take a stern action on it”, Executive Director Waste Management Authority, Nalin Mannaperuma told The Morning.

When asked about what the safety measures they have taken to prevent unexpected fires in the future are, Mannepperuma added that they have installed fire extinguishing systems at the dump and also have a disaster management plan set up to control situations like this.

September 27, 2020 bythemorningeditor1 liberty No Comments
India offered a Line of Credit (LoC) worth $ 100 million to Sri Lanka for three solar projects in the country, according to an official statement.

May 18, 2021 byNews Admin No Comments
University admission for the year 2020 would proceed according to the old system which was used in 2019, The Morning learnt.