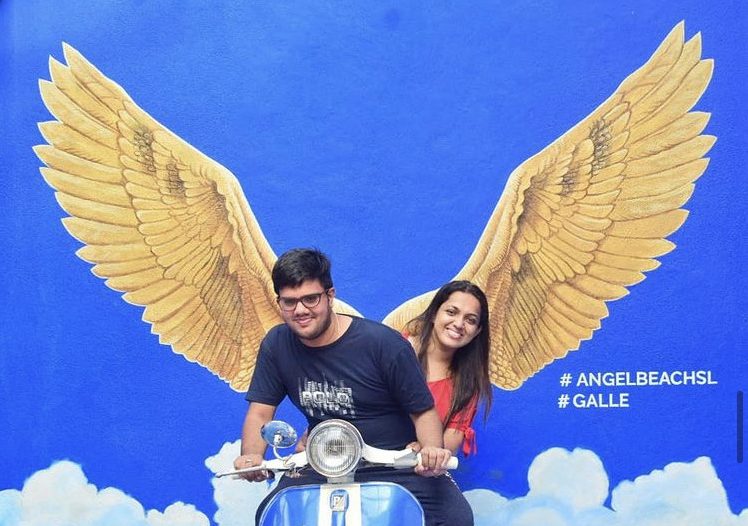 Keeping things interesting during the pandemic

June 18, 2021 by Dimithri Wijesinghe No Comments 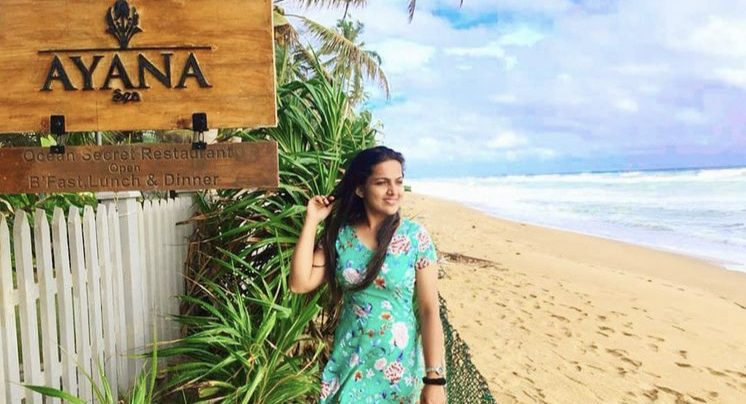 Travel has pretty much been non-existent for the past few months for those of us in Sri Lanka, and while it has been challenging for the majority who travelled just occasionally, leaving their local areas once every few months to spend a day or two in a hotel somewhere with their entire extended family, it has been even more challenging for those who relied on it as a source of income.

Travel content creators have found themselves in quite the pickle, however this week we came across Gayathri Gunathilaka; one half of the travel duo on Instagram known as the @travel_food_couple_Srilanka, who shared with us her fascinating foray into being a travel content creator while also being a full time health care professional working as a radiographer.

While most travel influencers have found themselves totally out of work, Gayathri is busier than ever, albeit in an entirely different field.

Together with her partner Isuru Pathirana who is also a doctor, the duo have amassed an impressive following for their travel and food content on social media. Their page features various travel destinations and the various cuisines they’ve tried and tested along the way, and have shared with their audience. 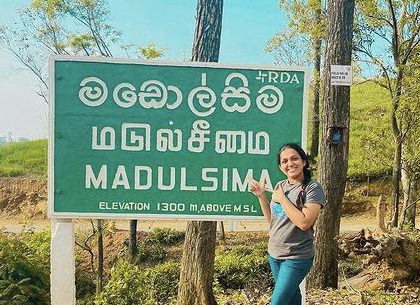 Speaking with Gayathri, she said that this travel page was actually her partner’s personal profile, which they’ve since renamed and repurposed into their collective venture. She shared that it has been about three to four years since they started posting their travel content, and at first they did it with no real purpose. She added that as students, they both found it relaxing to travel together, and it was sort of their hobby at first. However when their following began to grow, and they started gaining some traction and their follower base grew she said that they did start to develop a sense of responsibility when it comes to their content sharing.

She said that as the numbers grew they too made a concentrated effort to create content that was better catered to their audience. However, understandably, because their content is travel-related they have been unable to share new content in this regard. The food aspect of their page has been going strong as they’ve been making efforts to promote local businesses, she said, adding that many creators have reached out to collaborate and to cross promote each other’s content pages.

Gayathri said because they are so busy, with the both of them being essential service workers and the pandemic being demanding on health care professionals, it has been quite the challenge to keep their social media updated. She added that they have had occasions where some of their audience have questioned if they are not going to update soon, however, for the most part she shared that their audience is understanding and the two of them have also managed to post semi-regularly despite their busy schedules. She said because this is somewhat their creative outlet it serves as a safe haven where they are able to get creative and express themselves.

In conversation with the WNPS Conservation Ambassadors

November 22, 2020 byNethmi Liyanapathirana No Comments
The Wildlife and Nature Protection Society (WNPS) is one of Sri Lanka’s most eminent conservation organisations with a history going back over a century.

The Western Musicians’ Association: Strengthening the field from within

October 25, 2020 byCharindra No Comments
The entertainment industry has been one of the hardest hit by Covid-19.