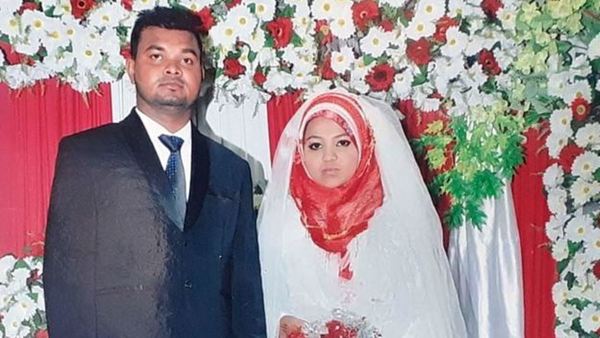 By Easwaran Rutnam and Farook Sihan

The husband of a young woman killed in the crossfire between the security forces and the terrorists linked to the Easter Sunday bombers which took place on 26 April in Sainthamaruthu is demanding justice.

Abdul Jaseer said that on 26 April, he had left his house in Sainthamaruthu and visited his mother’s house for lunch.

That evening, at around 7 p.m., he got a call from his mother-in-law saying there was a bomb explosion in Sainthamaruthu and the area was tense.

Jaseer urged his wife to stay out of Sainthamaruthu till the situation improved.
However, his wife was concerned about her three young sisters who were staying with her mother in Sainthamaruthu and insisted on going and looking into their wellbeing.

“She was very concerned about her sisters. We were all they had, so my wife wanted to make sure they were safe,” he said.
Jaseer then got into his three-wheeler with his wife, his mother, and his sister and headed towards his mother-in-law’s house.

As they got closer, they had heard gunshots in the area and got a call from the mother-in-law’s house, urging them to head back to his mother’s house as the situation in Sainthamaruthu seemed to be getting worse.
“I got a bit scared when I heard the gunshots, so I took a different route and looked to head back,” Jaseer said.
He then came across a police jeep near a bridge.

Jaseer said that upon seeing the jeep, he felt the best thing to do would be to seek protection from the Police.
So he headed towards the jeep and was mid-way across the bridge when shots were fired at his three-wheeler.

Jaseer claimed that men in military uniform were seen shooting at the three-wheeler. 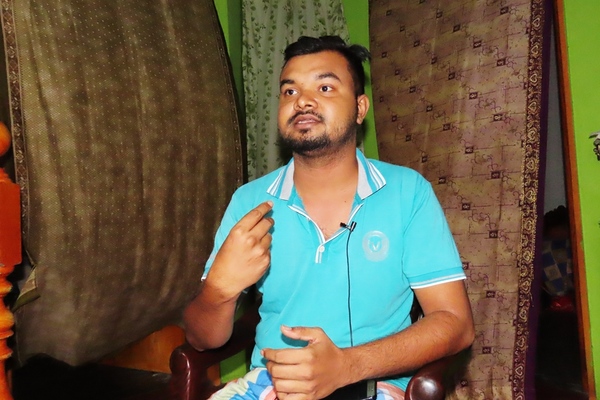 “A bullet hit my shoulder. I got off the three-wheeler and went towards the men in uniform and urged them not to shoot, explaining that I was a civilian from the area,” he said.

However, Jaseer claimed the gunshots continued, so he ran back to the three-wheeler and found his wife fallen down, seemingly unconscious.

He said two soldiers later arrived and put him, his mother, and his sister in an ambulance and sent them to hospital.
“I appealed to them to take my wife as well but they refused to do so,” he claimed.
His wife, 21-year-old Fathima Azriya, was killed in the gunfire. Jaseer said the last time he saw his wife in the three-wheeler, she had blood on her head and body.

Police reports said that the three-wheeler was shot at as it had failed to stop when ordered.

However, Jaseer had a different story. He said that he was not sure of what was taking place in Sainthamaruthu and claimed that the roads were open and so he assumed it was nothing serious.

It was only when he heard the gunshots that he realised the situation was more serious than he assumed.
Jaseer said if the situation was as bad as it was in Sainthamaruthu, the town should have been on lockdown when the military operation against the terrorists was launched.

“That bridge was also fully open. There was no electricity in the area at the time, so we could not see anything clearly. But if there was some sort of operation near the bridge, the Police should have closed the area,” he said.

He also said that if warning shots had been fired, he would have turned back; but instead, the shots were directed at his vehicle.

“When shots were fired, I appealed in Sinhalese and Tamil but the firing continued. By the time it stopped, I was already hit,” he said.

Jaseer was admitted to hospital under police protection and was later remanded.
“I still have no idea why I was arrested and remanded. What was the charge? I had no connections with the terrorists. But I was kept behind bars for nearly 85 days and then released on bail,” he said.
Jaseer said he realised what had happened in Sainthamaruthu only a few days later. 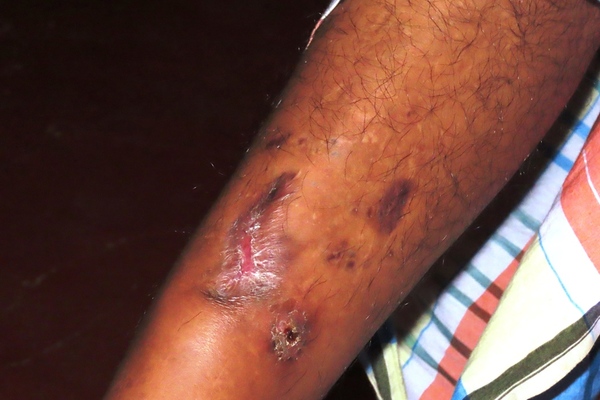 He returned overseas in September that year to earn a better living and came back to Sri Lanka in 2018.
“When I came back, my wife urged me to stay. She said that she was lonely here and I was all alone overseas, so it would be better if we can stay together. She proposed that I purchase a three-wheeler and earn money by operating it on hire,” he said.

So Jaseer purchased a three-wheeler on lease and operated it on hire in the East as a fulltime job.
He says today, he and his family continue to be wrongly accused by some area residents of being linked to the terrorists.

“They are saying bad things about my wife. My life is ruined,” he said
Jaseer said that the Government must take full responsibility for what happened.

He says he was at the wrong place at the wrong time, but at least now, he needs to be given justice for what happened to him and his family.

April 18, 2021 byNews Admin No Comments
With the use of chemical fertiliser in farming being popularised by government agencies since the early 1970s, Sri Lanka now faces the consequences of fertiliser overuse, which has caused soil and wat

Digitising Covid-19 vaccination programme: A need of the hour

June 19, 2021 byNews Admin No Comments
The World Health Organisation (WHO) has noted the need and importance for the computerisation of statistics related to Covid-19 vaccines and their administration by every country in order to have easy