Kingsbury bomber remains to be buried at Borella cemetery 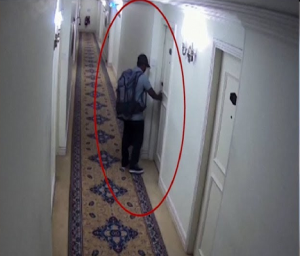 The Colombo Fort Magistrate’s Court has ordered for the remains of NTJ suicide bomber Mohamed Mubarak, who blasted himself at the Kingsbury Hotel, to be buried at the Borella public cemetery.

The court had issued this directive to the Thimbirigasyaya divisional secretary today (18).

The Criminal Investigations Department (CID) had informed the Fort Magistrate that the relatives of the suicide bomber had refused to accept his remains.

Fort Magistrate Ranga Dissanayake has ordered the Colombo Judicial Medical Officer to handover the remains of the suicide bomber to the Thimbirigasyaya divisional secretary.

Accordingly the magistrate instructed the Thimbirigasyaya divisional secretary to take necessary steps to bury the remains at the public cemetery in Borella.

The magistrate also ordered the Grama Niladari Officer in charge of Borella division to submit a report to the court on that.

November 8, 2021 byRuwani Fonseka No Comments
Parliament is scheduled to convene today for a special session to take up the questions which were postponed due to the pandemic situation.

April 6, 2021 byMihi Perera No Comments
The Cabinet of Ministers yesterday approved the proposal made by the Minister of Health to purchase another six million doses of 'Sputnik V' vaccine at the same price, the government said.