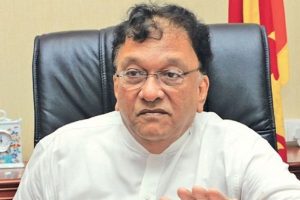 MP Kiriella, speaking to The Morning, confirmed his appointment.

“Yes, I was selected as the Chief Opposition Whip,” he said, noting that the decision was taken at the SJB group meeting held last afternoon.

The position of the Chief Opposition Whip was the only position in Parliament that was not filled during yesterday’s (20) inauguration session of the ninth Parliament.

Future of litigation is in smaller, smart courts: Ali Sabry

April 5, 2021 byNews Admin No Comments
The legal profession is one which has no equal. I say this because, there rests on the profession, and with it the Bar Association of Sri Lanka (BASL), a heavy responsibility to the citizens and to th

February 17, 2020 byJennifer Anandanayagam No Comments
The case involving former Sri Lankan Ambassador to Russia Udayanga Weeratunga was taken up for hearing this morning and was postponed till afternoon due to the absence of counsel representing the case

Sri Lanka’s default hints at trouble ahead for developing nations