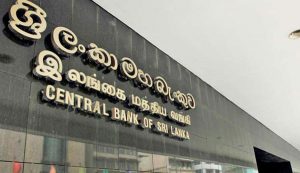 KPMG India, one of the leading international providers of risk and financial services, and business advisory has sought more funds to conduct part of the forensic audit into the Central Bank Bond Scam.

Central Bank of Sri Lanka (CBSL) Governor Dr. Indrajit Coomaraswamy told The Sunday Morning that the CBSL had completed the process of awarding five forensic audits and out of those five, one audit was handed over to KPMG India.

“There are altogether five audits where the procurement has been completed and one of those audits is being conducted by KPMG India,” he said. KPMG has sought additional funds to complete the forensic audit and the CBSL will make a final call on this request next month.

The Governor said the audit firm would have to translate and transcribe millions of recordings before auditing them.

“They have requested for an additional fee for translations as they have to review millions of telephone recordings,” Dr. Coomaraswamy said.

The Governor said the total cost of all five forensic audits was approximately Rs. 300 million.

The Presidential Commission of Inquiry into the alleged Bond Scam in 2015 and 2016 had recommended the forensic audits be conducted.

February 27, 2021 byLahiru Pothmulla No Comments
Saudi Crown Prince Mohammed bin Salman approved an operation to capture or kill journalist Jamal Khashoggi in 2018, according to a US intelligence report that could further strain US-Saudi relations a

October 18, 2021 byRuwani Fonseka No Comments
The software engineer of Epic Lanka Technologies, who was arrested in connection with the deletion of National Medicines Regulatory Authority (NMRA) data, has been further remanded until the 25th of O