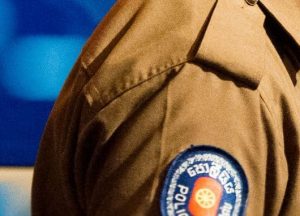 It has been reported that the Superintendent of Police (SP) in charge of the Kuliyapitiya Police Division, by order of the National Police Commission, has been transferred to the Kalutara Police College.

As a result of these transfers W. M. A. R. Fernando, who was the SP of the Presidential Police Unit, has now been transferred to the Nugegoda Police Division with immediate effect Police Spokesman Ruwan Gunasekara has stated.

October 19, 2021 byNews Admin No Comments
Ever since the Covid-19 pandemic outbreak took place, daily life across the globe has transformed with unprecedented shocks on the global economy, trade, and mobility. All facets of our socio-economic

June 17, 2021 byNews Admin No Comments
The Archbishop of Colombo, Malcolm Cardinal Ranjith has responded positively to a request made by the main Parliamentary Opposition Party the Samagi Jana Balawegaya (SJB), to intervene in the issues f