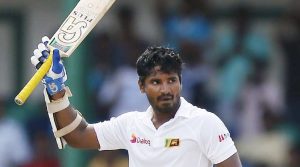 Batsman Kusal Perera has returned to Sri Lanka’s Test squad for their two-Test series in Australia, which starts from January 24. Opener Danushka Gunathilaka, meanwhile, was dropped following scores of 1,3, 8 and 4 in New Zealand.

Gunathilaka’s omission means Dimuth Karunaratne is set to have his third opening partner in as many series (Kaushal Silva had opened alongside him against England, in November). Kusal Perera may be among those vying for the opening spot, but Sadeera Samarawickrama and Lahiru Thirimanne are almost certain to be considered for the role as well, despite neither having played a Test in the last year.

Angelo Mathews, who had been sidelined from the limited-overs series in New Zealand with a grade two strain in his left hamstring, has also been ruled out of the Australia Tests.

Mathews’ injury aside, Kusal Perera’s inclusion is the only change from the Test squad that toured New Zealand. Kusal Perera’s recent Test form isn’t encouraging – he had only played three Tests in 2018, scoring 92 runs in six innings in the Caribbean. He did, however, show more impressive form in the ODI series in New Zealand, making 149 runs in three innings, including an excellent hundred, albeit in a losing cause. 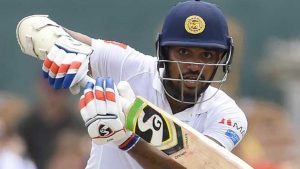 Bowlers Lakshan Sandakan, Nuwan Pradeep as well as batsmen Thirimanne and Samarawickrama have all been retained in the squad, despite not playing a Test in New Zealand. Suranga Lakmal, Lahiru Kumara, Dushmantha Chameera, Kasun Rajitha and offspinner Dilruwan Perera comprise the remainder of the bowling contingent.

The first Test in Australia begins on January 24 in Brisbane, with the second Test due to start on February 1 in Canberra.

February 22, 2021 byRevatha No Comments
Niluka Karunaratne announces his retirement from all local events

The price of power: Understandable or unfair?

Bangladesh fuel prices: ‘I might start begging in the street’