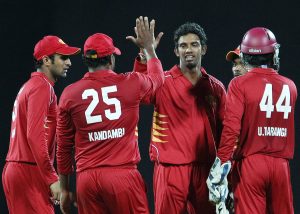 Sri Lanka Cricket (SLC) announced that the Lankan Premier League, which was scheduled to be held from 28 August was postponed.

The SLC media release on the postponement is as follows:

Sri Lanka Cricket wishes to inform that the Lanka Premier League which was scheduled to be held from 28th August 2020 to 20th September 2020 has been postponed to the month of November 2020. The said decision was taken by SLC in consideration of the health guidelines stipulated by the Ministry of Health subsequent to the meeting held with the Health Ministry Authorities.

Tigers are this much, don’t worry!

Aravinda de Silva to give statement to investigators on Tuesday