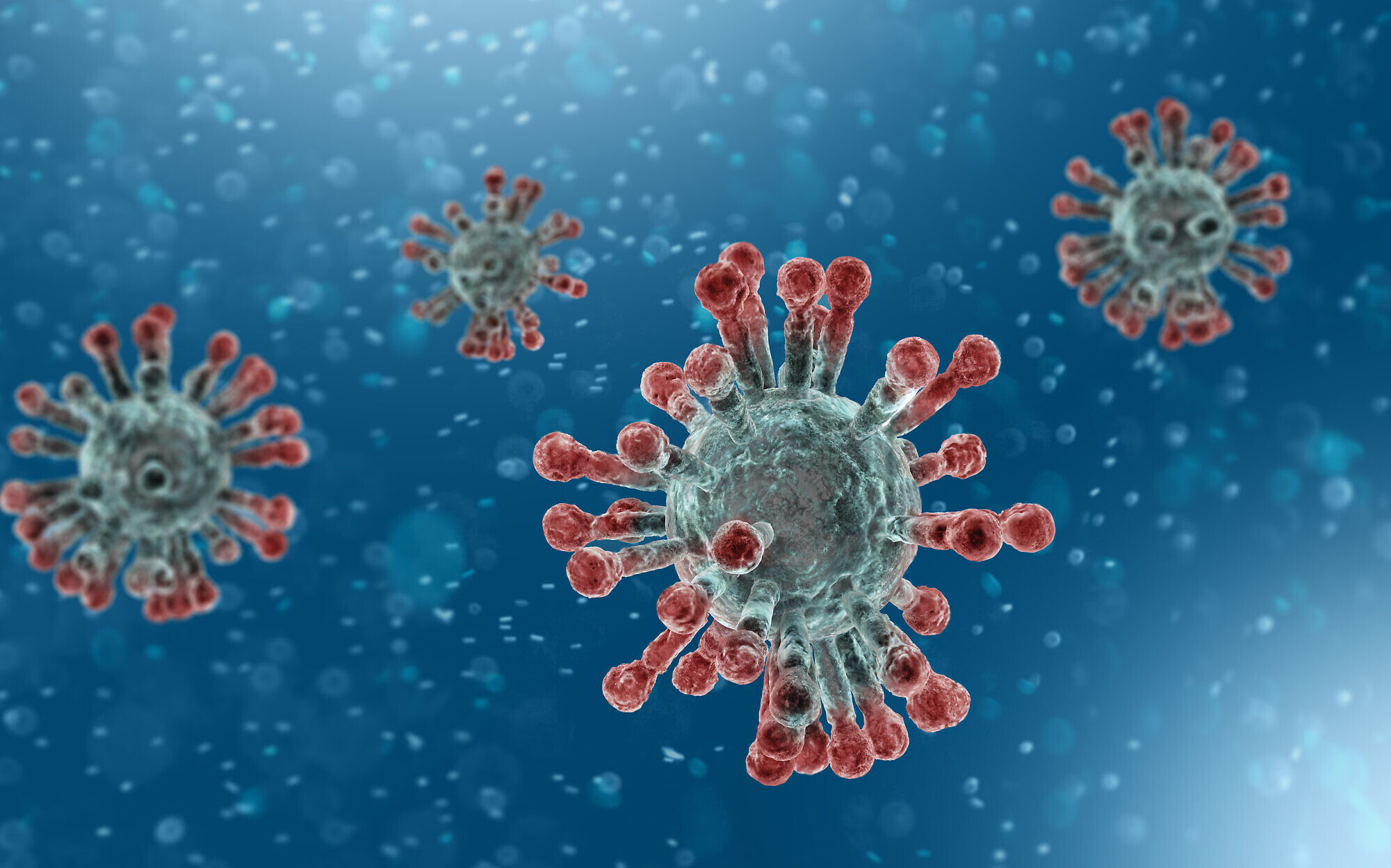 Yesterday (7), The Morning spoke to Government Medical Officers’ Association (GMOA) Deputy Secretary Dr. Naveen de Zoysa about the plight of healthcare workers on the frontlines, and their state of mind following the incident.

The following are excerpts of the interview. 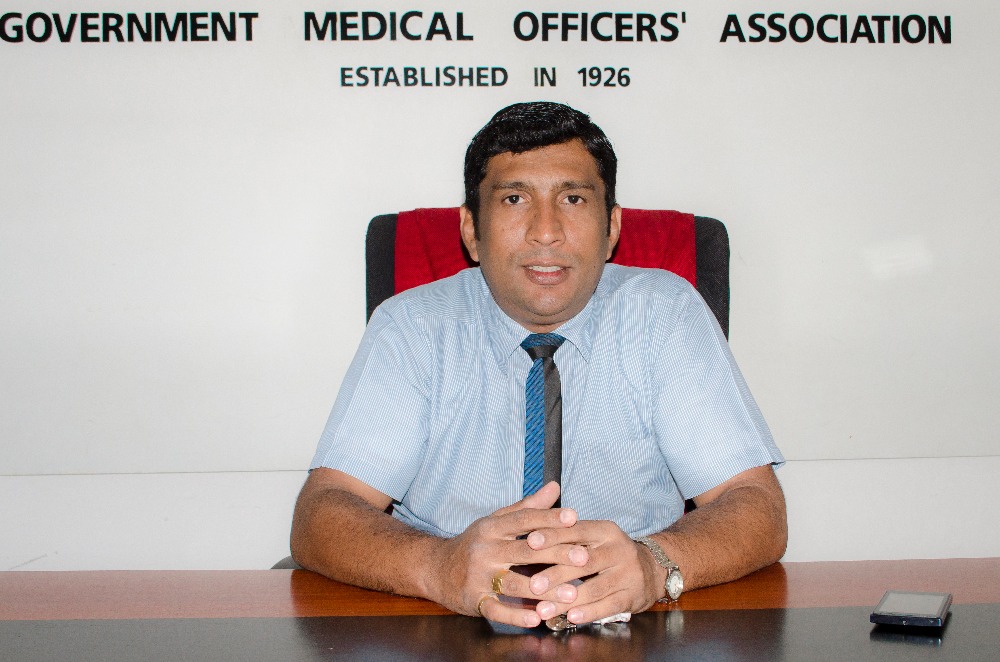 “The Government should also assist by increasing the number of PCRs conducted, and by not reducing it. Losing a fellow doctor is not the only thing that will discourage the health sector and create doubt within it. Are they supporting, or are they showing that they are giving their support?” GMOA Dep. Secy. Dr. Naveen de Zoysa

Did the passing of Dr. Danthanarayana come as a shock to the healthcare sector, or was the loss of healthcare workers anticipated in the Covid-19 response?

In any country when there is a war, military personnel die, and we knew that we would get sick. From the moment Dr. Gayan tested positive, till his death, the GMOA oversaw his treatment. But one of our takeaways from this is that, no matter who you are, there is no hiding from Covid-19. It also showed us the risk that Covid-19 poses to individuals with non-communicable diseases (NCDs). So our stance was that NCDs should be controlled as much as Covid-19.

But after Dr. Gayan’s death, no doctor has refused to carry out their duty. Doctors work with the facilities they have. The Gross Domestic Product (GDP) allocation for healthcare in Sri Lanka is less than 2%. With such a small allocation, we are the only country that maintains a health system with good standards.

The entire healthcare sector, not just doctors, work tirelessly with a lot of commitment when it comes to emergency response. But if healthcare workers felt like this was an alarming situation, the vaccine has proven very helpful, giving the health sector an assurance that they are being looked after by the Government.

Do you think that the life of the doctor would have been saved if Sri Lanka brought down the vaccine earlier?

This is a concern among the medical community, and arguments have been raised for either side. It could be that we brought down the vaccine at the best time possible from the side of the Government and the Health Ministry. We got the vaccine even after the vaccine’s post-market surveillance. But we could also think that if we got vaccines earlier, we could have saved his life.

We heard that those who were vaccinated experienced side effects. How has the vaccination drive progressed so far in terms of healthcare workers? Has it been a smooth process, or have there been issues?

Healthcare workers have received the vaccination without many issues, and so far 156,000 of them have been inoculated. There were mild fevers and mild bodily pains experienced. But this is usual and it is no reason to not be vaccinated. There were no serious side effects.

Very few had faced some breathing difficulties, but we were not sure if it was a side effect of the vaccine, or whether it was anxiety. But there is a parallel adverse effect monitoring going on, of which no details were released yet, but there were no such adverse effects.

Do you think the Government is doing its best to encourage frontline healthcare workers?

Like frontline soldiers, healthcare workers should also be morally boosted and made to feel that the country is with them. But then certain media tried to portray that GMOA President Dr. Anuruddha Padeniya had tried to escape when he was supposed to be in quarantine. That is a discouragement for the health sector. The media also has a responsibility towards boosting the morale of healthcare workers.

The Government should also assist by increasing the number of PCRs conducted, and by not reducing it. Losing a fellow doctor is not the only thing that will discourage the health sector and create doubt within it. Are they supporting, or are they showing that they are giving their support? We should be able to see that the Government is following the technical guidelines about the testing that is supposed to be done.

This reduction of cases is artificial. It is okay if we took a strategic decision to reduce testing. But it was not a strategic decision. This creates a question in the minds of health workers as to why PCRs are not conducted.  Why is this truth not being told?

Certain data about hospital capacities contradict each other. Though these contradictions may not reach the public, they reach the healthcare sector, and they are aware of the true numbers in their respective hospitals. When these numbers are not included in the officially declared numbers, it makes them lose faith in the information given out.

This miscommunication is from the side of the Ministry of Health. The numbers given out in the Government’s media briefs do not tally with the numbers given out by the Epidemiology Unit. This could be due to a system error, or the data could have been tampered with.

It could also be because of negligence. The epidemiologists in the Ministry of Health are the authority in releasing the correct data. If there is wrong data being given out by anyone else, epidemiologists should correct them. Official data sources should not have large discrepancies between them. But there were instances where there were considerable discrepancies. During a public health emergency the health sector is relied upon to give correct information.

Following Dr. Gayan’s death, it was reported that Sri Lanka has only one extracorporeal membrane oxygenation (ECMO) machine in Sri Lanka. In light of this, do you think the Government has ensured adequate infrastructure and facilities to combat and contain Covid?

After Dr. Gayan’s passing, we see that there are serious risks. Some of us had concerns that we only have one extracorporeal membrane oxygenation (ECMO) machine in Sri Lanka. But we took the doctor to the one available ECMO machine. If we are requesting more ECMO machines, we have to find out if we need more of them.

Dr. Gayan was facing a lung failure. The ECMO machine provides external support when there is a failure in the lungs. But Covid-19 deaths normally take place with multi-organ failures. This was an atypical condition. The ECMO is helpful when it is only a lung failure, but ECMO cannot help every patient. We should separately discuss whether we need more ECMO machines.

What is the way forward with Covid-19 control?

We need to look into home isolation of positive patients and explore the possibility of doing so with the quarantine act. But in other countries, the PCRs are done at home and ambulance facilities are readily available for emergencies. We should come up with a system to make more bed spaces available in hospitals. We should see if such a system could be developed, and we are developing guidelines.

We are a country that has managed to keep Covid-19 deaths at a very low rate. With the help of the military and the Police, the health sector has been able to keep the death rate at a minimum, despite what various politicians, Government or Opposition, may say. This itself is a victory. So we can take this forward.

What has the GMOA done apart from your work on the frontlines to support the national effort to contain the pandemic?

The GMOA has appointed an expert committee of virologists, epidemiologists, microbiologists, paediatricians, and community physicians to prepare a protocol to make certain improvements to the healthcare system to fight Covid better. We have had about three discussions already.

The fourth discussion will finish by Monday. And we are planning to submit a protocol with guidelines and a plan on how to supervise the guidelines next week. We are controlling it well, but any country could lose grip at any given point. So our plan is not to reach that point, and we need to come up with new ways to meet the changing dynamics of the pandemic.

Coronavirus: British Airways suspends flights to and from China

January 29, 2020 byTSM Web Desk No Comments
British Airways has suspended all direct flights to and from mainland China because of the coronavirus outbreak, the airline has said.

June 18, 2021 byNews Admin No Comments
Two Indian boats sans passengers have arrived in the coastal village of Udappu in the North Western Province.