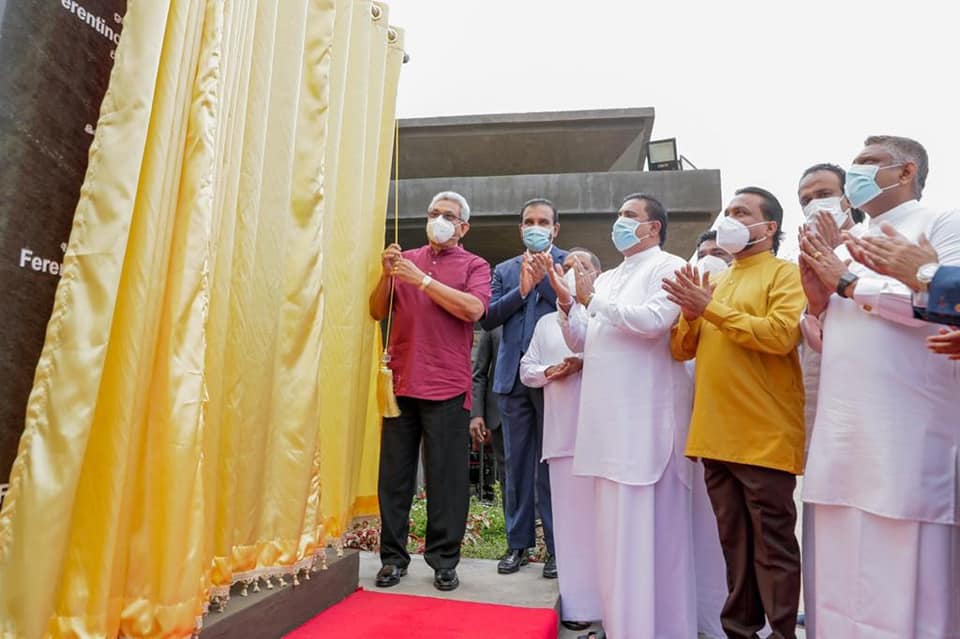 The factory has been set up on a 155-acre plot of land belonging to the Board of Investment (BOI) Industrial Zone in Wagawatta, Horana. The investment of the first phase is $ 100 million and manufacturing will be carried out using European technology and state-of-the-art equipment, according to the company.

The tyre factory will manufacture passenger car radials (PCRs) including a specialised category for SUVs, two-wheelers, three-wheelers, trucks, buses, and solid tyres, combining local talent with sophisticated European technology. The project is facilitated by the BOI and aims to generate a substantial amount of employment opportunities directly and indirectly.

Ferentino tyres will use locally sourced rubber as a main ingredient, thereby compelling the local industry to level itself to deliver to the global expectation. Construction of phase two is on schedule to be completed in March 2022, the company said.

The total investment of the facility is $ 250 million and it is the brainchild of Ceylon Steel Corporation (Pvt.) Ltd. and Ferentino Tyre Corporation (Pvt.) Ltd. Chairman Nandana Lokuwithana. Lokuwithana heads Ceylon Steel Corporation Ltd. and Onyx Group in the UAE with a host of subsidiaries including a steel fabrication company. His other investments include Marriot Al Jadaf Hotel in Dubai, an up-coming cement grinding plant in Mirijjawila, Hambantota slated to be commissioned in May 2021, and Marangoni Industrial Tyres Lanka (Pvt.) Ltd.

Speaking at the launch, Lokuwithana said that this manufacturing facility will be an equal-opportunity employer, having hired many qualified females for technical roles, thereby changing the hitherto prevalent status quo in the manufacturing sector.

“We are excited to commence operations at this timely juncture, giving the local economy the much-needed gentle push to recover post-pandemic challenges particularly pertaining to employment and export revenue. I would like to extend my gratitude to the President for his vision of elevating Sri Lanka to become an industrial hub in the ensuing years and also government sector officials, especially the BOI, who work tirelessly toward the same unified goal. I hope Ferentino Tyres will serve to inspire and incentivise other discerning investors to explore the many exciting opportunities that Sri Lanka holds.”

He added that the plant has been designed thoughtfully to be environmentally conscious.

Ferentino added that the promotion of the export market potential of this country, generating a large number of direct and indirect employment opportunities, and the ability for local rubber producers to obtain a higher price are some of the benefits of the factory.

After unveiling the plaque, the President inspected the entire manufacturing process at the factory.


A court in military-ruled Myanmar sentenced deposed leader Aung San Suu Kyi to five years in jail on Wednesday (27) after finding her guilty in the first of 11 corruption cases against her, accordi

May 15, 2022 byAazam Ameen No Comments
The Lanka Private Tanker Owners and the Ceylon Petroleum Storage Terminals Ltd (CPSTL) have provided different reasons for the lack of fuel today.