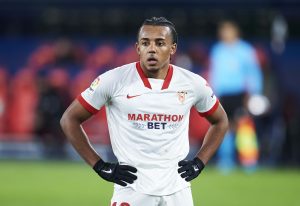 According to Goal website, Chelsea are in talks with Sevilla over the potential signing of defender Jules Kounde and could include offer of Kurt Zouma in a swap. Kounde is willing to join the Blues but Sevilla would only sell for the right price having already raised funds from the sale of Bryan Gil to Tottenham. The 22-year-old started 33 league matches for Sevilla last season, earning a spot in France’s Euro 2020 squad. The centre-back was bought from Bordeaux in 2019 and immediately broke into Sevilla’s first-team set-up.

He is considered as a modern defender; skilled enough with the ball to play both centrally and out wide, and able to quick-start counter-attacks by carrying forward or delivering pinpoint passes. Kounde played primarily in the middle in La Liga. However he was utilised as a right-back in his lone Euro 2020 start for France. Talks with defenders Andreas Christensen and Antonio Rudiger over new contracts are not advanced despite them having less than a year on their current deals. As a result, there may be added motivation for the Blues to sign a versatile centre-back this summer.

* Chiellini to stay at Juve 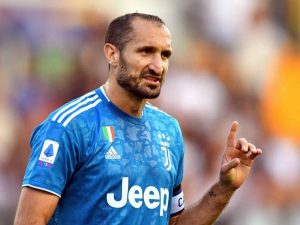 Juventus Coach Max Allegri and President Andrea Agnelli are sure Giorgio Chiellini will be at the club next season, despite the 37-year-old defender being out of contract.

“I spoke to him on Monday (26).It seemed ridiculous to interrupt his vacation considering he’s been playing for two years uninterrupted, all to come and sign a piece of paper,” Agnelli told a press conference on Tuesday. The new Manager would be relying on the veteran defender to provide experience to his young Juve side as they aim to win the Serie A title back from Inter.

* Pogba to take time on ‘most important transfer window of career’ 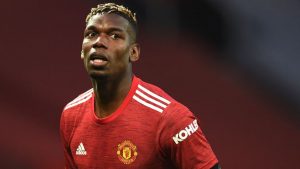 Paul Pogba could delay any decision over his future as he weighs up the most important move of his career. Manchester United are currently bracing themselves for a bid from Paris Saint-Germain (PSG) and will price Pogba at around £ 45 million (Rs. 12.4 b) if the French club come calling. However, it is unclear whether he is interested in that move, and the Ligue 1 giants need to make room in their squad before taking their interest in Pogba to the next level. If they do not make a suitable offer to lure him away, Pogba is likely to keep his options open heading into 2022.

United are still open to handing him a new contract, despite struggling to make any progress on talks over the past few months. Yet the France international’s long-term future probably does lie away from Old Trafford. Pogba still dreams of playing for Real Madrid and joining PSG or signing a new United contract would make that ambition more difficult to achieve.

He turns 29 in March and knows the timing of this next contract is key as it could be the most lucrative and defining of his career. By putting off a decision and waiting until January, he could judge how he fits into Ole Gunnar Solskjaer’s plans and how United are progressing. It is thought he is excited by the addition of Jadon Sancho, looming arrival of French team-mate Raphael Varane, and what they can deliver in the new season. 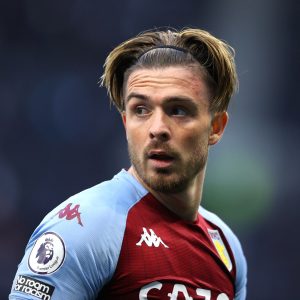 Champions Manchester City are poised to make their opening move for £ 100 m (Rs. 27.5 B)-rated Captain Jack Grealish. The Premier League champions are expected to offer around £ 75 m plus add-ons as they attempt to bring in one of English football’s biggest talents. Aston Villa have no desire to sell their 25-year-old talisman unless a British record £ 100 m valuation is met and will offer him a bumper new contract worth more than £ 150,000 (Rs. 41.3 m) a week in an effort to convince him to stay. However, City are determined to press for a player long admired by Guardiola in the hope that an agreement can be reached swiftly. Grealish, who has been on holiday in Mykonos with his England team-mates, signed a new contract at Villa in September after being courted by Man United. There has been much speculation of a £ 100 m buy-out clause in that deal, although neither side have ever confirmed its existence.

October 2, 2021 byRevatha No Comments
That beautiful top-order batsman of the ’80s speaks to Sunday Morning

October 18, 2020 byCharindra No Comments
As the game of chess converged from its ancient Indian roots to the modern game we have today, the piece that represented Elephantry in Chaturanga evolved into the rook.