By Vernon Tissera in Melbourne, Australia 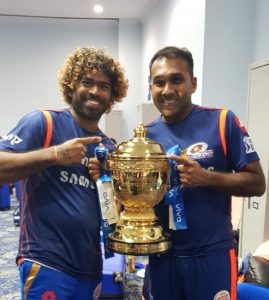 Mahela has an incredible record in coaching in the T20 format with the IPL team Mumbai Indians, where Lasith was a leading bowler

Following their disappointing performance in the recent World Cup, here are just a few thoughts on Sri Lanka before the next major ICC world tournament – the seventh T20 World Cup – to be staged here in Australia from 18 Oct. to 15 Nov. 2020.

1) I think Sri Lanka should appoint Mahela Jayawardene as their T20I Head Coach, alongside Lasith Malinga as the Captain of the team. Mahela has an incredible record in coaching in the format with the IPL team Mumbai Indians, whilst Lasith has a great record in T20Is, especially playing under the Australian conditions with the Big Bash (receiving the best bowling figures of six wickets for seven runs in the 2012/13 tournament)

2) They also need to pick a core group of players and stick with them until next year’s tournament. There are at least six-plus T20Is for them to settle the team, including three against Australia in Australia later this year

3) There is a great opportunity for them to further acclimatise to the Australian conditions by organising a group to come and work with some of the world-class Sri Lankan coaches that reside in Australia now (people like Dav Whatmore, Owen Mottau, and Athula Samarasekara, if they are around), making sure that they choose the right coaches to work with.

This will not mean that we will win, but such wise preparation can give our team the best opportunity to be successful, which is all we can ask for at the moment.

Some thoughts for the local cricket administrators in Colombo.