World Antibiotic Awareness week falls between 18-24 November this year, with the theme “Spread Awareness and Stop Resistance”. We have witnessed a tremendous increase in global antibiotic consumption, and with it, a rise in antibiotic resistance. This is a global crisis that needs urgent attention. In this regard, we spoke to University of Peradeniya Faculty of Medicine Department of Microbiology Senior Lecturer Dr. Veranja Liyanapathirana. 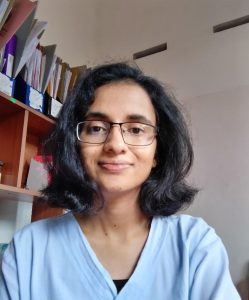 What are the best practices when it comes to antibiotic use?

Before coming to the best practices in antibiotic use, let’s start with defining an antibiotic. A couple of studies we did recently found that there is room for improvement in our understanding of what an antibiotic is. We feel that this may also contribute to the misuse of antibiotics.

What is antibiotic resistance and how does it occur?

Antibiotic resistance occurs when bacteria develop ways to overcome the actions or “resist” the activity of antibiotics. This makes the antibiotic ineffective in treating infections caused by these resistant bacteria.

Antibiotic resistance is a natural phenomenon. When you take a population of bacteria, the ability to resist antibiotic actions may be present in one or two cells. These are coded by the genomic material of bacteria. 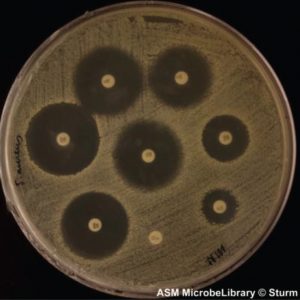 Kirby-Bauer disk diffusion susceptibility test on coagulase-negative ‘staphylococcus aureus’ grown on Mueller-Hinton agar. Microorganisms used in therapeutic design such as bacteria should be susceptible to antibiotics. The zones of clearing are measured to determine susceptibility to tested drugs

When bacteria are in an environment with antibiotics, the ones that have the capability of survival in that environment, i.e. having resistant genes, will thrive, multiply, and become the predominant species.  That is why overuse and misuse of antibiotics contribute to the emergence of antibiotic-resistant bacterial strains.

Another fascinating thing about bacteria is that they contribute to resistance in their genetics. Bacteria have a remarkable ability to pass their genetic material across different species or genera. Some of this occurs through mobile pieces of genes. Therefore, the emergence of a single bacterial strain with resistance is not an isolated issue; it sets off a chain of actions.

Poor hygienic measures will help such strains to spread rapidly. Further, when such a bacterial strain emerges in a part of the world, global travel helps it to travel to the furthest corners of the world.

What precautions can the public take to reduce antibiotic use/resistance?

The public has to play a major role if we are to effectively prevent the emergence and spread of resistance. They can do this in two main ways; by reducing the need for antibiotics, and by correctly following antibiotic treatment plans when one is given antibiotics while not misusing them.

At the same time, if you are ill and need antibiotic treatment, please take the ones that are prescribed, as antibiotics are life-saving drugs and should be taken promptly in given situations.

What are the unwarranted effects, other than drug resistance, when antibiotics are used in excess?

Our body has many bacteria as a part of our healthy status. We call these our normal flora or the microbiome. When we take antibiotics, these normal-flora are also altered, in addition to the pathogen or the disease-causing bacteria in our body at that time. Some of these alterations may lead to adverse, harmful effects. One example is antibiotic-associated diarrhea.

What are drug-resistant infections and should the public be worried about? Are they increasing in number? 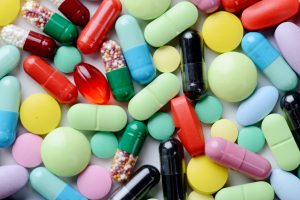 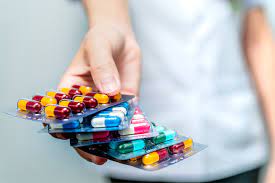 These figures have led multiple global organisations to identify antibiotic resistance as a “silent pandemic” and a major global health issue. Further, we are almost at the start of a “post-antibiotic” era.

What steps are the medical practitioners taking to curb issues related to excessive use of antibiotics and antibiotic resistance?

Excess use of antibiotics in the health sector is only one of the drivers of antibiotic resistance. Its excess use in veterinary practice, aquaculture, agriculture, and animal husbandry are equally responsible for this.

Finally, Dr. Liyanapathirana said that a lot more needs to be done from the sides of both medical practitioners and healthcare workers, other stakeholders such as veterinarians, agriculture specialists, and environmental scientists, as well as the public if we are to effectively overcome antibiotic resistance.

September 16, 2020 bythemorningeditor1 liberty No Comments
Date Night with Corrine Almeida is to be hosted by Black at the Kings Court, Cinnamon Lakeside, Colombo tonight at 7 p.m.