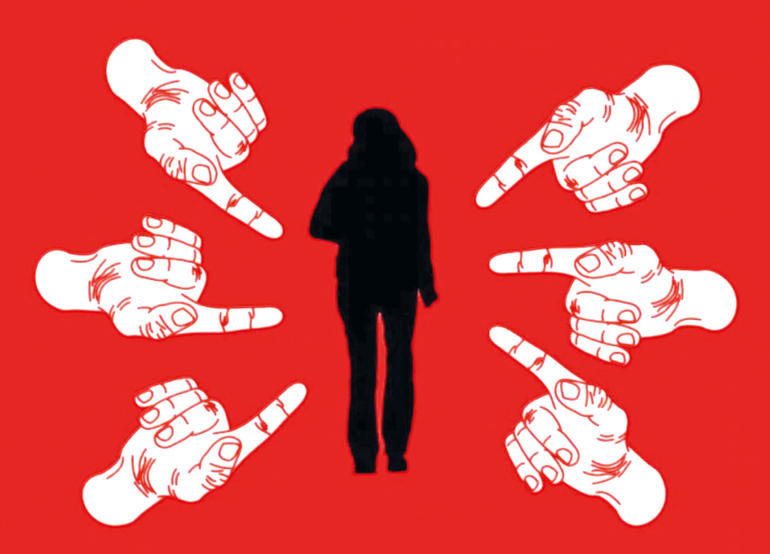 A friend of mine – A* – had someone impersonate her on a popular networking app a few days ago. She was alerted by someone who messaged her on Facebook asking if she had messaged him using the app, realising due to the style of the conversation that something wasn’t right. B* (the guy who messaged her) cautioned A to “be careful”, as whoever was behind the impersonation had been intent on discussing a supposed nude photo shoot she had done some years back with a popular photographer. 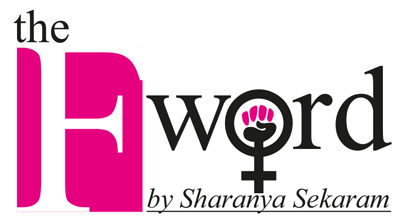 When she told me this story, a sense of weariness stole over me. When one is trying to shame, embarrass, or call into question the reputation of a woman, often her sexuality is the first weapon of choice.

Now, had A engaged in a consensual photo shoot, why would it be something she should be ashamed of? When she pointed this out to B, the concept seemed to baffle him. Of course, she should be worried, correct? “Good, reputable” young women don’t take pride in their bodies! Unfortunately, this is what we have driven into the minds of our children – and the impersonator had learnt their lesson well. When they wanted to shame A, they didn’t choose to have her discuss how she had hurt someone, engaged in a crime, or been thieving, false, or dishonest; they chose to say that she had taken pictures of her body, and being the body of a woman, it should be hidden only to be shown to her husband.

This tactic of shaming is not unusual, nor is it rare or uncommon. One of the most infuriating critiques that I found current First Lady of the US Melania Trump faced during the presidential election was over photographs, specifically photographs taken during her modelling career, where she posed nude for Vanity Fair magazine.

It was used continually by political opponents as fodder to question her suitability to “uphold family values”, her character, and her “suitability” to be the First Lady. This is frankly slut-shaming, and women are continuously subjected to this. Why should she apologise or hide the fact that as a consenting adult she took nude pictures? And why should we pass judgement or shame her for it?

Why is it that Justin Trudeau shirtless is something to be admired and Melania’s body is something to be decried? As one article in the Huffington Post stated: “Ultimately, the nude photos are irrelevant. They tell nothing about Melania Trump’s character or her ethics, and they certainly tell us nothing of Donald Trump’s.”

One does not have to look too far from home in any case to find hundreds of examples of this kind of shaming. Meliza Leitch is a young woman on Instagram who is regularly commented on for the images she posts. These images, focused primarily on her body, are being posted by her. Yet, she is called names, regularly messaged by strangers telling her how terrible she is, accused of wanting attention, and more.

The concept that whether she is doing it for attention or any other reason is not for someone else to decide seems beyond the realm of understanding for many; that she is free to display her body on her terms to whomever she chooses. What is even more baffling is why the dozens of Instagram accounts of young men who pose shirtless regularly are not shamed for taking the same pride in their bodies; why they are not deemed as immoral, “loose”, and a hundred other choice words women like Meliza face every day.

What is even more baffling is why the dozens of Instagram accounts of young men who pose shirtless regularly are not shamed for taking the same pride in their bodies; why they are not deemed as immoral, “loose”, and a hundred other choice words women like Meliza face every day

When the issue is shared with people, nine times out of 10, the instantaneous reaction is to shame the girls for having sent the pictures in the first place. Perpetrators are acting with increasing impunity, and have no fear of repercussions as they know full well the victims cower under the shame and will not come forward.

The concept that whether she is doing it for attention or any other reason is not for someone else to decide seems beyond the realm of understanding for many; that she is free to display her body on her terms to whomever she chooses

We now drop the terrible “P Word” (almost as awful as the “F Word”, feminism) – patriarchy. In sociology, it is defined as “a social system in which family systems or entire societies are organised around the idea of father-rule, where males are the primary authority figures”. Thereby, for one group to rise as the rulers, other groups must be suppressed, and women are those other groups.

This shaming of women very much rests in the framework of patriarchal notions, and this is where it all begins. The equality of the sexes (much less genders) cannot exist within patriarchy since its most defining feature involves men as rulers. Thus, we come back to what feminism asks – the political, social, and economic equality of the sexes. Equality – a simple word, yet a concept seemingly impossible to grasp.

If A had taken part in a nude photo shoot consensually, then I for one applaud her for being so comfortable with her body. And if she didn’t, then it is still not a reason to be ashamed; she did nothing to be shamed for either way. The shame lies with those who shame her, who have used this as a tool to shame her, and to those that believe she had something to be ashamed about.

January 24, 2021 bySarah Hannan No Comments
An advanced copy of the report prepared by the High Commissioner of the United Nations Human Rights Council (UNHRC) on Sri Lanka, which is expected to be tabled at the Council in Geneva, Switzerland..

September 15, 2019 byThe Sunday Morning No Comments
Lanka Sama Samaja Party (LSSP) veteran Vasudeva Nanayakkara earlier this week opened a can of worms by talking about caste’s role in the presidential election to a web interviewer.