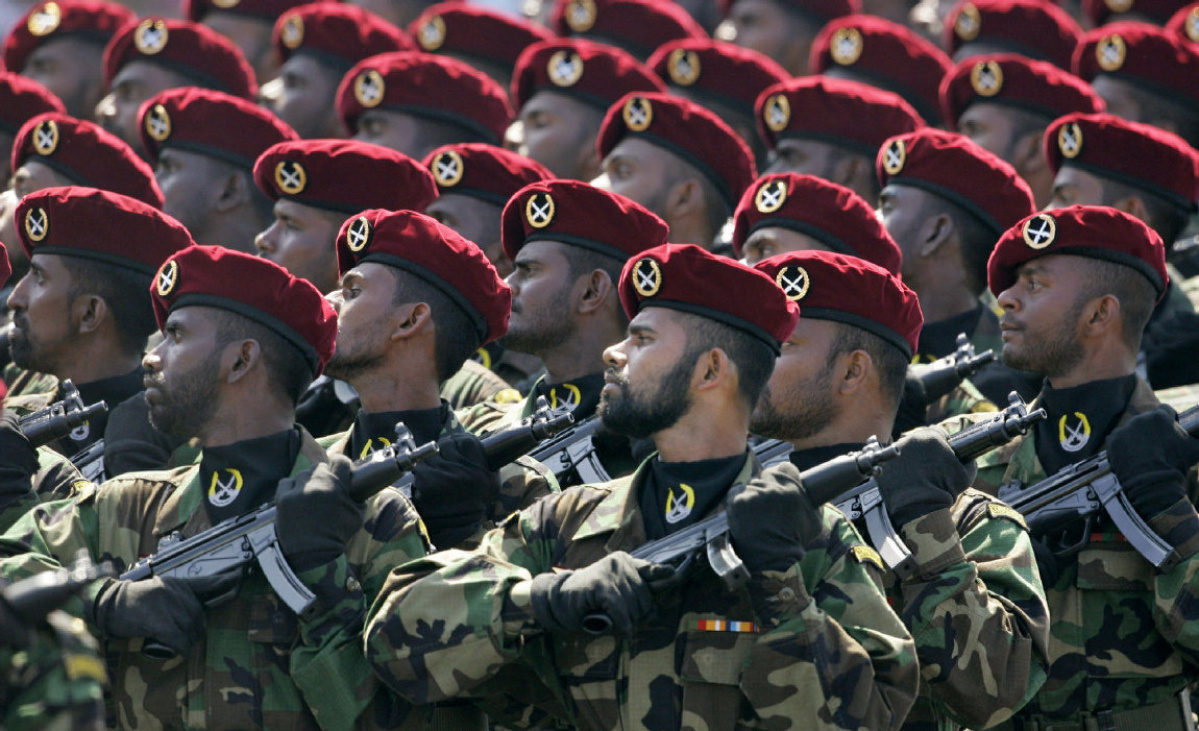 Our island nation is 73 years young, having gained freedom on 4 February 1948. The country has emerged from the grip of the monster of terrorism that bedevilled the nation for well over three decades. This unsavoury chapter was the result of pseudo nationalists who promoted communalism and racialism, and governed the country according to their personal agendas since Independence. The so-called leaders from both sides of the ethnic and political divide stand accused of planting the seeds of communalism in this once peaceful and united country.

We have been silent spectators to the tragic-comic dramas enacted in the political firmament by our representatives. We were witness to the agony and misery of the country’s citizenry during those turbulent times. Fortunately, there emerged a leader who brooked no nonsense. This is the 12th year the country is celebrating Independence after the elimination of ruthless terrorism in May 2009.

The nation owes a debt of gratitude to our dynamic and determined former President who set aside all opposition from all quarters, locally and globally, and offered courageous political leadership through the dedicated security forces to emerge victorious, giving us the much-needed peace, so essential for harmonious living and development. A patriot and a humanist to the core, former President Rajapaksa was embarking on a unique mission hitherto unprecedented to bring prosperity to Mother Lanka. These developments could be seen in the Northern and Eastern Provinces and other areas in the country.

I love Sri Lanka more than our leaders, some of whom have been crooks and nincompoops. Most of them are power-hungry, greedy, corrupt, and self-centered. I am not inclined to politics and hold no brief to any political party. This country belongs to all racial groups. I deplore those who advocate that the national anthem should be sung only in Sinhala. This would hurt the sentiments of our Tamil brethren. I acknowledge Sri Lanka is a Buddhist country. I appreciate that every government has given a due place to minority religious faiths, which is commendable.

I wish to sing the praises of Sri Lanka at the Independence anniversary of our island nation whose rich and bountiful national resources and tourist potential should be harnessed along with agricultural and industrial production, so as to arrest our biggest bugbear: Soaring cost of living which affects the most important part of man’s anatomy – the stomach – and most often leads to the unpopularity of governments. And also to arrest the flow of foreign exchange in importing essential food commodities for consumption. The government is very keen to boost local production.

Now that the former Government had eradicated the barbarity and brutality of the terror outfit, let us unite and march forward to see a prosperous Sri Lanka in which everyone could share the fruits of peace and plenty. However, there are obstacles on the country’s march to development. You cannot speak of development unless you cure the cancer or bribery and corruption so rampant in our public institutions. Even our politicos are in the dock with reckless spending, malpractice, mismanagement, and other financial frauds in the institutions that come under their purview. Monitoring them becomes an imperative need. Do we need to say any more of the Central Bank scam?

Now at the helm of affairs is the sibling of the former President, President Gotabaya Rajapaksa, who we are optimistic would steer Mother Lanka to safer shores backed by the incumbent Prime Minister despite the coronavirus which has devastated the country’s economy, adding salt to the wound to the heavily indebted nation.

It is also incumbent on the part of the Government to root out crime and violence which have escalated in recent times. The vicious activities of the underworld and drug barons should be nipped in the bud for a violent-free society. On the other hand, the menace of alcohol and illegal drugs are threatening to ruin the youth – the lifeblood of the nation and whose contribution is significant for the development of the nation. So to the incidence of rape and abductions which are reported daily in the media. The perpetrators of these vices should be brought to book and dealt with a firm hand with positive, punitive action in the same way they contained the first wave of the Covid-19 pandemic.

Drastic situations need drastic remedies. To the former Government that saw to the successful ending of terrorism, tackling of crime, corruption, rape, etc. would not be a formidable task if every member of the government put his/her shoulder to the wheel. We have a stable Government headed by an experienced duo to gird its loins to cleanse these Augean stables with a greater sense of commitment, devotion, and dedication to bring about a vast change in the landscape of Sri Lanka to be a miracle of Asia.

May the fragrant flower of peace bloom in every corner of this beautiful country. May there be unity in diversity. We all belong to one country, one nation, under one national flag. Let us be honest, true to our conscience, and stand steadfast to contribute our might to reach the cherished goal of development. This is my humble wish for this year’s Independence of our once battered and brutalised island nation and presently in a right royal battle with the invisible terrorist – the coronavirus – that has truncated social life and rampaged and devastated the economies of countries in every nook and corner of the world.

April 21, 2019 byRandev No Comments
A Police internal document circulating on WhatsApp claiming that Police was aware of possible attacks, has been confirmed as fake news by the police as well as sources from the Attorney General’s Dept

Children are the true beneficiaries of the New Year- President

April 13, 2020 byTSM Web Desk No Comments
I wish the Sinhala and Tamil New Year festival, which is the most splendid cultural extravaganza of the nation, to be a peaceful, a joyful, a prosperous as well as a healthy period for every citizen o