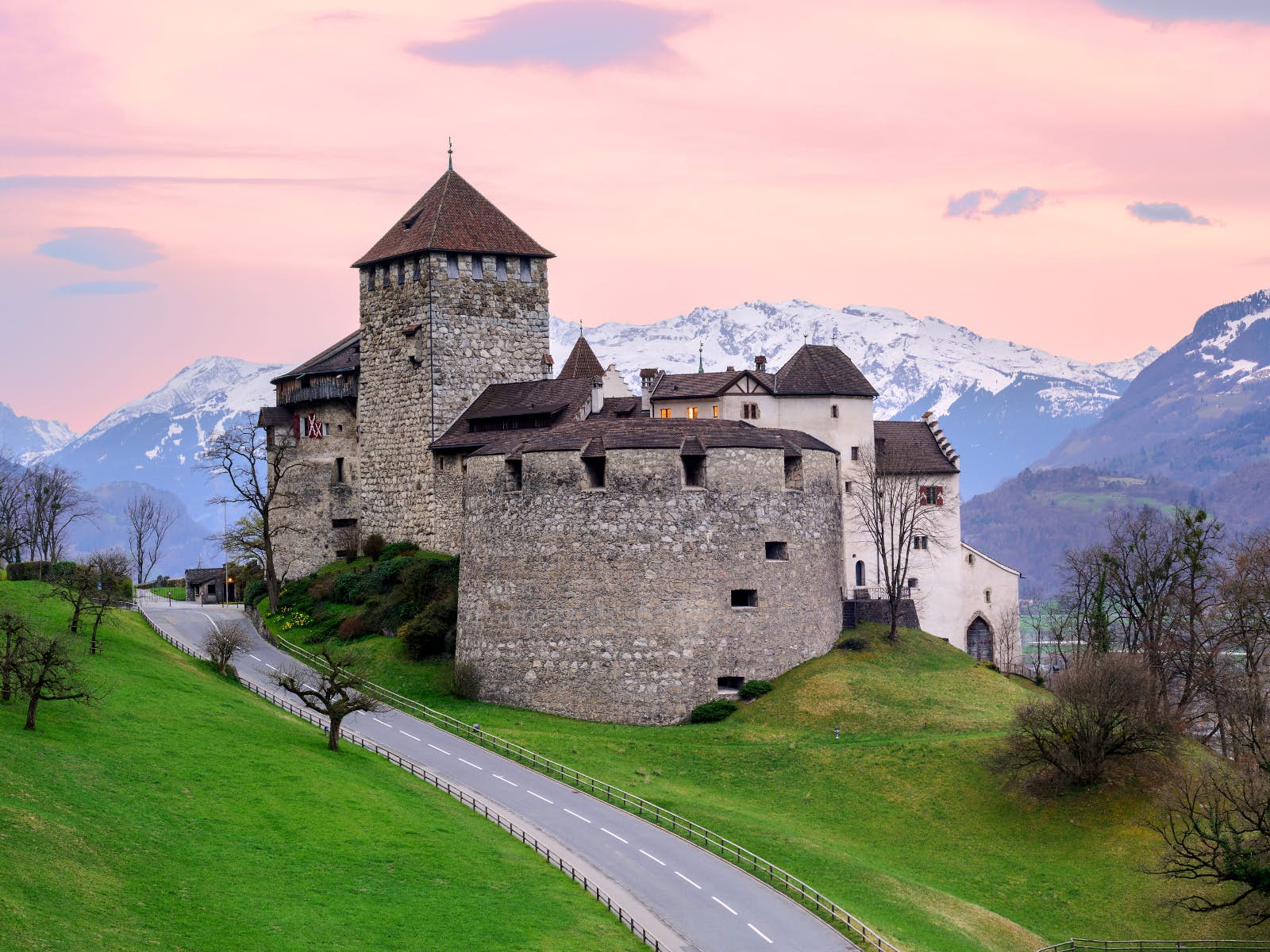 A tourist attraction in Liechtenstein

The Cabinet of Ministers last week nodded their consent to launch diplomatic relations with Liechtenstein, a country most have never heard of before. The proposal stated that it is a small country between Switzerland and Austria, and is one of the wealthiest countries in the world. Soon after the proposal was passed in Cabinet, it became a topic of discussion on social media. This week The Sunday Morning Business is taking a look at this country.

The Principality of Liechtenstein is a tiny, doubly landlocked country tucked away between Switzerland and Austria (Western Europe) with mountain slopes rising above the Rhine Valley. The statement from the Government Information Department stated that Liechtenstein has both parliamentary democracy and a king as the resigned constitutional head of state.

According to the Embassy of the Principality of Liechtenstein, the country has an area of 62 square miles (about the same geographic size as Washington, DC), inhabited by just over 38,400 people. The total length of its borders is 47 miles and the country lies at an elevation of 1,486 feet above sea level.

Despite its small size and lack of natural resources, Liechtenstein has developed into a prosperous, highly industrialised, free-enterprise economy with a vital financial services sector and one of the highest per capita income levels in the world, hence the Liechtenstein economy is widely diversified with a large number of small and medium-sized businesses, particularly in the noted services sector.

The country has been a member of the European Economic Area (an organisation serving as a bridge between the European Free Trade Association and the EU) since May 1995, and since then, the Government is working to harmonise its economic policies with those of an integrated EU.

Liechtenstein has invested in the development of the banking system with low-income tax schemes. Apart from these factors, the country is also considered one of the wealthiest countries due to the more distinguished industrial capacity and for also manufacturing essentials such as medical drugs, subtle correction equipment, and electronic equipment.

According to the latest statistics, the GDP of Liechtenstein grew by 0.7% in 2018 compared to the previous year. This rate is 13-tenths of 1% less than the figure of 2% published in 2017.

Commenting on GDP, the Government Information Department added that “GDP during the previous year (2020) had been $ 143,700 approximately”.

A distinctive feature of Liechtenstein’s national economy is a large number of inward cross-border commuters. For instance, in 2018, 56% of Liechtenstein’s workforce consisted of this group.
Further, Liechtenstein in Figures 2020 states that out of 38,784 residents in Liechtenstein, a total of 39,635 persons are employed (including inward commuters) as of 31 December 2018. In comparison to this, the unemployment rate in 2018 stands at 1.7% which has improved, while comparing it to the previous year 1.8% in 2017.

When the GDP of the country is on a positive note, it is obvious that the country will be willing and able to invest in other countries, especially in a small-scaled country like Sri Lanka. Along with that, since the purchasing power of these inhabitants is pretty much high, the need to travel overseas is drastically high which could again benefit Sri Lanka to increase the inward tourism.

Meanwhile, Liechtenstein’s economy has been strongly shaped by the production of its goods. In 2018, the goods-producing sector provided 36% of employment in the country. This represents a remarkably high proportion, compared to other European countries.

Due to Liechtenstein’s limited domestic market, it has been said that larger enterprises are heavily export-oriented with a vast majority of the production of their goods sold overseas. The important branches include mechanical engineering, manufacturing of electrical machinery, vehicle components, dental technology, the production of food, as well as construction work.

Developing friendship, co-operation, and bilateral and multilateral ties with the Government of  Liechtenstein will benefit Sri Lanka in many ways than expected. For example, the luxurious tourism from Liechtenstein will serve the Sri Lankan tourism industry in gaining higher revenue as they might be willing to stay in the country for a longer period of time and spend money than just being backpack tourists.

There is also a possibility of Liechtenstein investing their high-tech industrial plants under Foreign Direct Investment (FDI) in Sri Lanka because the resources, labour, and other necessities are much cheaper in comparison to other countries.

All in all, both the Sri Lankan and Liechtenstein Governments will benefit from the new understanding between the two nations and this journey is yet to begin.

September 3, 2019 byTSM Web Desk No Comments
The American Chamber of Commerce in Sri Lanka in a press statement today urged the Government of Sri Lanka to consider approving the $480 million grant from Millenium Challenge Corporation (MCC).