Light at the end of the tunnel

It is also learnt that the President had instructed officials to stop the committee and to process the project.

Tenders were floated for a 60 MW wind power project last year and proposals have been received for grid substations. The project was to be awarded to private sector developers. Nevertheless, questions were raised regarding the appointment of a CANC even after the tender process was completed.

And as a result, the project is yet to commence.

Speaking to The Sunday Morning, Ministry of Power Spokesman and Director – Development Sulakshana Jayawardena stressed that the opinion of the CANC was to negotiate with the bidder because there was an upper ceiling set for a unit price of wind power, which was approved by the Cabinet.

“During the procurement committee meeting, the CANC’s stance was to negotiate it with the lowest successful bidder. To negotiate, there was a requirement to calculate a base value,” he stressed.

Elaborating further, the Ministry Spokesman noted that it was impossible to get the base value without knowing the plant factor and other factors. 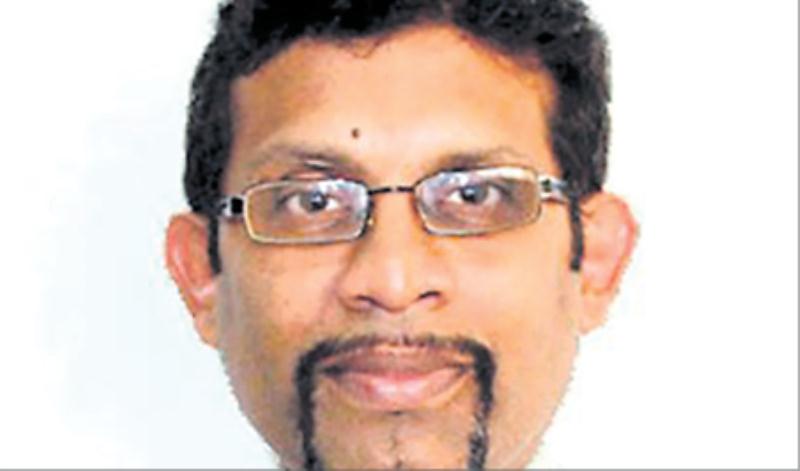 “Basically, anybody can negotiate with the base values. If you consider the plant factor 32, we cannot know what your plant factor is and if he says 30, then we can argue that 30 is wrong and it should be 32. There is an impact on tariff because of these parameters,” Jayawardena explained.

When queried about the procurement process, Jayawardena explained that the Ceylon Electricity Board (CEB) has recommended Technical Evaluation Committee (TEC) members from its side and the Ministry would refer it to the Treasury while recommending another officer from the Ministry. If it is a renewable energy project, an official from the Sustainable Energy Authority (SEA) will be attached to the TEC as a member.

Apart from those, an official from the Treasury too will be attached as a member of the TEC, and the committee members are referred to the Treasury for their approval.

“The Treasury also appoints a relevant procurement committee. Depending on the nature of the project, they appoint a Cabinet-Appointed Negotiating Committee. If you are going to buy certain materials, they usually appoint a SCAPC (Standing Cabinet-Appointed Procurement Committee), but this time they appointed a CANC because of the nature of the project,” he said.

According to the Ministry of Power, the potential of the Mannar location was around 300 MW and steps will be taken to develop several other projects in the area. The Ministry was also planning to add another 23 MW while the rest was to be developed with the private sector, as it was a commercially viable sector. Accordingly, Mannar has high potential for wind power and the CEB had been planning to add another 240 MW of wind power in Pooneryn.

Meanwhile, the Solar Industries Association (SIA) also alleged that the country is yet to fully exploit all the available opportunities to achieve the targets for solar energy of the country.

Elaborating further, the association stressed that to achieve the government policy of 70% of renewable energy demand by 2030, as stated in President Gotabaya Rajapaksa’s election pledge, around 200 MW of rooftop solar power should be added to the national grid per year.

It further noted that the country should build at least 200,000 rooftop solar power plants, adding 2 GW within the next 10 years to support the overall target and another 3 GW of power through ground-mounted solar power plants.

According to the SIA, only 270 MW of roof-mounted solar power systems and 62 MW of ground-mounted systems have been added to the national grid from 2016 to date. They stressed that the growth at this slow pace will not be sufficient to meet the target set for 2030.

He told the relevant authorities that plans should be devised to meet 70% of the country’s electricity demand using renewable energy sources by 2030.

In a stern decision, the President emphasised that institutions with the authority to approve development projects should maintain feasibility reports and that the approval process should be expedited, adding that if approval is sought for a certain project, it should be granted within 14 days, and if it exceeds 14 days, it could be considered as a sign of approval.

Moreover, the President said that if all the projects selected through the tender process are not commenced within three months, the license will be revoked.

Last December, as reported by The Sunday Morning, then Minister of Power and Energy Mahinda Amaraweera said that over 700 renewable energy projects, including both solar and wind, amounting to around 2,400 MW had been stalled since 2011 due to the vehement opposition from the CEB.

Accordingly, the approval of those projects had been rejected by the CEB engineers on the basis that there was not enough space in the national grid to facilitate the new addition, The Sunday Morning learnt.

As the Minister explained, last year alone, a total of 80 solar power projects were pending approval from the CEB and the total capacity of the projects were around 463 MW, which was more than sufficient to fill the existing energy shortage in the power sector.

Likewise, since the last power plant, the Norochcholai Coal Power Plant established in 2013, no power plant has been established up to date. In the meantime, the solar power project named “Soorya Bala Sangramaya”, which was launched in 2015, had not solved the power crisis for reasons unknown to many.

Many alleged that there is an unseen hand behind these delays, yet many questions remain unanswered regarding the persisting power crisis.

As in practice for a long time, the CEB used to purchase emergency power when there was such a necessity (i.e. droughts, etc.) at comparably higher rates from private parties and at the end of the day, it was the consumers who had to pay the cost of the failures of those in power.

In such a backdrop, Janatha Vimukthi Peramuna (JVP)-affiliated Lanka Viduli Sewaka Sangamaya (LVSS) last week said that there is no power shortage at present in the country, even though some experts allege that there is.

Speaking to The Sunday Morning, LVSS General Secretary Ranjan Jayalal said the power sector issues were mainly due to the lack of proper policies within the country.

“These people are saying there is a shortage, and once the production comes, they say there’s no space, which is an absolute joke,” Jayalal said, adding that the country at present has enough power, including renewable energy, and what is needed at present was a method to add this power to the national grid.

The private sector mostly came forward and started building more renewable energy plants including solar and wind, but the CEB had no proper plan to connect these and solve the power shortage in the country, the LVSS alleged.

At present, Sri Lanka has thermal oil/coal, hydro, and wind (very small amount) power plants. Thermal oil is comparably much higher than the other power plants while the cheapest is hydropower, but a country cannot depend solely on hydropower as it should have an alternative to face any drought condition.

Therefore, thermal coal has become an option, but it is not environmentally friendly. As a result, LNG power plants have become the best option until there is a proper renewable energy platform in the country.

May 14, 2020 byTSM Web Desk No Comments
The Election Secretariat (ES) yesterday (13) said the appointment of new secretaries to several cabinet ministries
during the pre-election period was not illegal.

October 21, 2020 byCharindra No Comments
Opposition Leader Sajith Premadasa today (21) questioned in parliament whether there is social transmission of COVID-19 following the isolation of several areas in Kuliyapitiya.