Language is a powerful tool which human beings use to communicate with one another.  However language could also be a barrier in numerous ways for personality development. This article seeks to shed some light on the negative effects of linguistic shame and shaming and potential ways to overcome them.

What is linguistic shame and shaming?

Scholars have found that inappropriate, broken, or substandard use of a language of power in some, typically post-colonial, societies cause people to experience feelings of anxiety and embarrassment to the extent they avoid using it in professional and social settings – a phenomenon referred to as linguistic shame and shaming.

The book Dynamics of Language and Inequality in Education authored by Teresa Speciale mentions that linguistic shaming has long been a crucial aspect of assimilation policies  around the world. According to current research linguistic shaming poses a major hindrance for the improvement of English language skills in Sri Lanka. This is due to significant attitudinal, socio-political, socio-cultural, and socio-economic discrepancies in second language speakers. 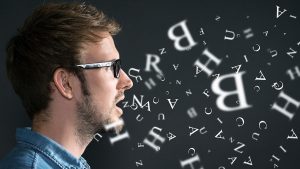 The perceived effects of linguistic shaming

The high status of the English language has many impacts on Sri Lankan society. It tends to be marginalising, for many individuals. Social recognition associated with proficient use of English helps people’s careers and social standing.  But those who lack that proficiency suffer from the assumptions that people make about them and their social and/or education background. For rural Sri Lanka this has shown to be a predictor of marginalisation. On a more macro level in Sri Lanka, it is probably a significant brake on Sri Lankan human capital development. Linguistic shame and shaming limit peoples’ outlook and potential with broad implications for social mobility and productivity.

Researcher Carl Jones shared some of his personal experience on this topic;

“In my previous career I used to work for an Australian university recruiting international students; many in Sri Lanka. I remember being at career fairs and speaking with young and middle-aged, predominantly middle-class, Sri Lankans all day for days on end. I developed something of an ear for the differences in the way they’d speak in English to me, a foreigner and the way they’d speak in English to fellow Sri Lankans. I couldn’t put my finger on it at the time, but there seemed a hesitance, and a social class ‘frame’ to it. For example, a student from a government school would have no problem conversing with me in broken English. We both knew I didn’t mind, or judge him for his English language skill. But when a student from a local international school would come in and speak, the first student would all of a sudden keep quiet, and go shy.

It was only when I spoke about this to a friend in the education school at my university, that it started to make sense. My friend was Associate Professor Indika Liyanage, and he’d written extensively about the phenomenon in post-colonial societies. Over a number of long conversations, he persuaded me to explore it further in a PhD paper. Four years later I’m still at it. But it’s fascinating, because the phenomena is loaded with so much contemporary Sri Lankan social history, public policy, and Sri Lanka’s colonial legacy to name just a few. When you look closely at linguistic shame and shaming you see it’s ubiquitous, staring you in the face, but it’s so entwined into many aspects of Sri Lankan life.”

The key to combating linguistic shame and shaming is acknowledging it, understanding the way it works on people, being sensitive to it, and where necessary acknowledging one’s own privileges. It is worth reminding ourselves that in places like Israel, France, and China, the English language is just regarded as a useful tool, nothing more or less. For those looking at the South Asian post-colonial context, there are important lessons here.

E-learning in tackling the problem lies in the fact that machines do not carry status effects that human speakers do. They do not or at least should not offer judgement. English use in Sri Lanka has developed to an extent where there is a highly codified “correct” and “incorrect” way of pronouncing words, code-switching, and so on. E-learning programmes and computers don’t have this cultural-societal baggage. Of course, learning English is a useful skill; it is a transactional tool, but should not be any more than that. It shouldn’t come coupled with extra social or economic power or status. E-learning provides opportunities for English language learning at scale but hopefully devoid of the cultural baggage that entrenches inequality.

Based on the statistics from MIT, indigenous language initiative a language dies every 14 days. From the 6,000 languages available today only 600 languages will be available in 90 years. English is a global language and needs to be embraced no doubt. However, it is also important to preserve the native languages which depict cultural and social values. A language should not be used to marginalise people, but should be a systematic means of communication to express ourselves and communicate to others.

Carl Jones is an Australian-based researcher, education consultant, and Founder of StudyVillage, a student-mentoring organisation operating in the UK, Canada, and Australia

(The writer has over a decade of experience in the education sector as a lecturer, mentor and facilitator specialised in educational psychology, currently serving as the Director of Academics at Prospects Academy, Colombo, Sri Lanka)

Those backstage run the show

October 24, 2019 byThe Sunday Morning No Comments
The universities came to a standstill during the long islandwide strike by non-academic staff. Fifteen universities, three campuses, and nine institutes in Sri Lanka went on a unanimous strike.

Creating visual magic to match the power of music

August 31, 2021 byNews Admin No Comments
Music, while one of the most powerful mediums known to man, can be made that much more powerful with the right visuals, and this is where film, arguably man’s other most powerful creative medium, come