Lion’s Suresh Shah to be succeeded by Rajiv Meewakkala 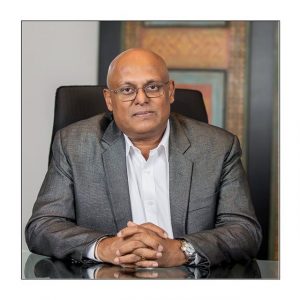 In a letter addressed to the Colombo Stock Exchange (CSE), the company stated that Dr. Meewakkala will be appointed CEO-Designate with effect from 1 July 2020; following which he will also become an Executive Director of CBH with effect from the same day.

“We wish to inform you that Suresh Shah will retire as CEO of the company on 30 June 2021 following a very successful 30 year leadership of the company”, said the letter.

During his tenure, Shah was responsible for taking the company’s small brewing operation in Nuwara Eliya and relocating it to Biyagama, where he helped transform it into a modern state of the art facility via its subsidiary, Lion Brewery; making the company one of Sri Lanka’s largest and most successful.

Dr. Meewakkala first joined the company’s board on 1 September 2017 as a Non-Executive Independent Director, prior to which his management experience spanned across both private and public sector organizations. Furthermore, he holds a PHD in Management from the University of Honalulu, MSc in International Marketing from the University of Strathclyde, in Glasgow, and a Post Graduate Diploma in Marketing from the Chartered Institute of Marketing in the UK.

While Dr. Meewakkala’s career began in the private sector, when working for a multinational group for 19 years, he also led three large state sector businesses in retail, construction and banking. These included his tenure as the CEO of Lanka Sathosa, Chairman of State Development Construction Corporation and Chairman of Housing Development Finance Corporation, a specialized housing bank of the Government.

Furthermore he was also the Marketing Director of Ceylon Tobacco Company (CTC), which is a fully owned subsidiary of British American Tobacco (BAT), where he was responsible for managing a diverse brand portfolio. During his tenure at the CTC he was also responsible for building both global and local brands by strengthening brand values through targeted communication, innovation in product and packaging; whilst handling trade marketing and sales function.

Dr. Meewakkala was also a member of the South Asia Marketing Leadership team for BAT, and was the Head of Brand Marketing for BAT Cambodia and Laos. Following this, he worked as a Brand Consultant with Interbrand, a global brand consultancy group.

CBH is a subsidiary of Carson Cumberbatch PLC, and is an investment holding company that is engaged in the brewing and marketing of beers for both local and export markets and retailing of beer and alcohol products through its owned and managed wine shops and pubs. It also operates approximately 35 pubs under Machan, 8.8% and O! brands.

June 7, 2020 byCharindra No Comments
After several weeks of discussions, the Central Bank last week granted a request by the banking sector to allow them to charge interest from lenders who are under the Covid-19 moratorium.