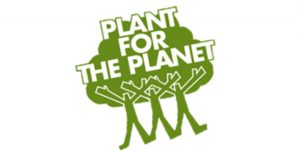 Plant-for-the-Planet, and international organisation, together with the United Nations (UN)’s The Billion Tree Campaign, has been planting more than 14 billion trees in more than 130 nations and training more than 80,000 climate justice ambassadors globally at the Plant-for-the-Planet Academy in a one-day workshop.
Plant-for-the-Planet was established in 2007 by Felix Finkbeiner, a nine-year-old boy from Germany. He came across Wangari Maathai, a Nobel Peace Prize laureate who planted 30 million trees in 30 years, and was inspired. He then presented an idea at school to plant one million trees in every country.
This was the second collaboration with Little Friends of Sri Lanka Girl Guides to organise the “Academy” in Sri Lanka. The Academy is a unique event designed to provide participants with high-quality training and networking opportunities around core priorities. The first Academy was held in December 2019 at the Sri Lanka Girl Guides Headquarters which was a great success with the participation of 64 children aged eight to 14 from 37 different schools islandwide.
United Nations Population Fund (UNFPA) Representative in Sri Lanka Ritsu Nacken was a special guest and her speech on Greta Thunberg’s story inspired the participants. Nandakumara from the Forest Department of Sri Lanka and Thuru Co-Founder Hasanka Padukka were also the guests who shared their knowledge on how trees are important and how to plant trees.
Whilst Academy events happen in more than 70 countries, this particular online Academy was a very new idea that Climate Justice Ambassador Miku Higashi (15-year-old) proposed to the Headquarters in Germany about seven months ago due to the current pandemic situation. She decided to spend her time and energy on the implementation of the online version of the Academy as her personal project in school. This second Academy, which was held on 11 October, was the first English online Academy in the world. It saw the participation of 16 children from three different countries (Sri Lanka, Australia, and Japan), 11 different schools, and home-schooled children aged nine to 15, with an additional five helpers as the co-moderators of the Academy.
The Academy began with some welcoming words by Sri Lanka Girl Guides Chief Commissioner Visakha Thilakaratne, who initiated this collaboration since last year, and also by Plant-for-the-Planet Co-ordinator Chiori Higashi, who has been organising the Academy. Miku was the main moderator with Henry, Dawa Yangki Grace Sherpa, Huirong Yang, Eleez Omar, and Thevuni Sadhinsa Kumarasena as co-moderators of the Academy.
The participants learned about environmental issues and climate justice. They also shared their individual experiences of what they’ve done for the environment. Climate Justice Ambassador in Japan Ryua Yamamoto (11) gave a presentation as a tree speaker. Children went around their houses and counted as many products made of a tree as they could. They learnt about how important trees are to us. Since this was an online Academy, Miku introduced how to plant trees online on a website she made. Then, we practised how to speak in public to motivate more people and raise more awareness among the public or the media, we brainstormed how we take action, and also discussed future action plans in school groups or individually. We had many small group discussions that gave children more chances to share their experiences or opinions.
In the closing ceremony, the new Ambassadors presented their future action plans. Thuru Co-founder Hasanka Padukka, Little Friends of Sri Lanka Girl Guides Commissioner Nanduni Wickramatunga, Sri Lanka Girl Guides Deputy Chief Commissioner Sulari Jayawardena, and Plant-for-the-Planet Co-ordinator Winnie Chikhwaya joined as guests to listen to children’s action plans and gave some comments. Padukka shared on his environmental activities which are social innovations that introduce new technologies like the “Thuru App” to accelerate reforestation, and those stories encouraged the children in their plans.
This online Academy used a website that Miku developed as a tool. All participants were appointed climate justice ambassadors and received e-certificates.

A report from a participant

On the morning of 11 October 2020 at 7.40 a.m., I logged on to an online class. The online class was the Academy for the Plant-for-the-Planet programme. At 8 a.m., we started to introduce ourselves and got to know our leaders. There were participants from many countries including Japan (it was amazing!).
After that, one of the conductors gave us a presentation and quiz. The presentation was on how the Plant-for-the-Planet programme started. After that, she gave another presentation on the endangered animal species around the world and global warming. Then, we did speech training, which was about learning how to present. After which we were divided into small groups. Each group had a small paragraph to present to the entire group. Then, we learnt how to plant a tree online (shocking, right!).
After that, we had a small programme called “World Café”. It was a group discussion within our divided groups. It was about planting trees.
Then we discussed how we can take action to tell more people about the Plant-for-the-Planet programme. This was whilst in our divided groups. After that, special guests came online to say a few words. Then, it was time to present our action plans (I presented it for my group). After that, the new ambassadors (which is us) had to reflect on the activities of the day, following which, the leaders had to reflect as well.
I mentioned that it was a great learning experience and made some friends and the group discussions were particularly fun! Then, the guest speakers spoke. After their small speech, it was time to take the group photo. Then finally, it was time for the closing remarks.

· I learned how to save the environment and the planet. I know now that our planet is going to be destroyed. So I thought I should take action to plant a lot of trees when and where I can, and also to spread this message to the community to plant trees to safeguard the planet. I loved today’s Plant-for-the-Planet workshop (11)

· It was the best! It inspired me a lot to save the world. I wish you will keep more academies like this, and I hope I will be able to join your Academy. Thank you so much for inviting me. We learned a lot about the environment. We planned our goals. We did group discussions. We learnt how to do presentations, and also guests came and gave inspiring speeches (12)

· I had the chance to share ideas with children from different countries, and the presentations, group discussions, and questions were very useful and fun. It was not boring until the end of the Academy. The lecturers were kind and helpful (12)

· At first, I was a little scared to participate in this programme since I’ve never joined a programme like this, but actually, there were a lot of people like me, so I could relax and enjoy the Academy. I thought this was a really good opportunity for people to learn about environmental issues and also become friends with people from different countries (15)

· Before taking part in the Academy, I had some knowledge on global warming, factors contributing to it, and what actions could be taken to mitigate the ill effects living beings would be facing due to that. I learnt that if we start acting promptly, in little ways, we can make a big difference. We can do things every day, at an individual level, such as being conscious to preserve energy and water; at the family level, such as being vegetarian for one day a week or planting a tree on special occasions; at the school level by making a talk/presentation to increase awareness; and in the community too, by talking about it often and inculcating the practice of planting more and more trees. I’m so grateful to the organisers for giving us this opportunity. I am determined to contribute my best to making this planet a better place for all living beings (12)

The life of Senuri Rupasinghe

January 10, 2021 byPavani Jayasinghe Munagamage No Comments
During these post-New Year’s times, I hope you have all been getting an adequate amount of rest at home with your family and close friends. This invites time to spend on the internet, whether it be ai

August 2, 2020 byPavani Jayasinghe Munagamage No Comments
Sri Lanka is world-renowned for its luscious jungles, sunny and sandy beaches, and up-in-the-cloud mountaintops. Ever since the end of the war, tourism in Sri Lanka has had a rapid growth rate in both