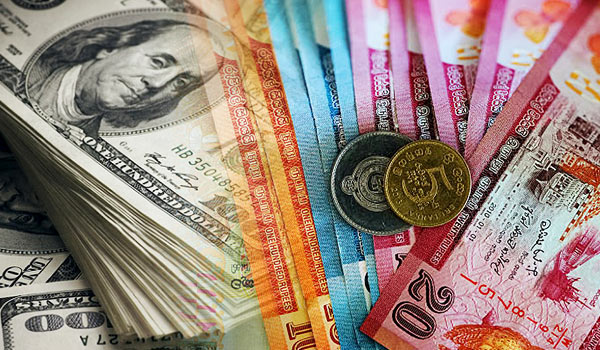 The Sri Lankan rupee (LKR) which was depreciating in the past week, joins a number of depreciating currencies in the region including the Indian rupee and Pakistan rupee, according to the data from the respective Central Banks.

During the first three weeks this year, the rupee has recorded a depreciation rate of 4.15%. Meanwhile, The Hindu earlier last week noted that the Indian rupee plunged by 21 paise to settle at a week’s low of 73.28 against the US dollar on Monday (18), tracking weak domestic equities and a rebound in the American currency. It stated that demand for the US dollar increased on worries over rising coronavirus cases across the globe and decline in stock markets. Market sentiments were hurt on weaker-than-expected economic data from the US.

On the same day, Business Recorder noted that the Pakistan rupee continued to go down against the US dollar in both interbank and open markets. According to reports, in global currency markets, softening US economic data and rising coronavirus cases made investors cautious, turning to safe haven USD. Meanwhile, political turmoil in Italy held the euro under pressure.

The LKR has hit its lowest value in eight months Wednesday (20) with the selling rate of the US dollar peaking at 198.26, recording a depreciation of 4.4% in the first 20 days of the new year.

June 15, 2022 byNews Admin No Comments
Cabinet approval was granted to the issuance of a rule initially proposed by the Central Bank of Sri Lanka’s (CBSL) Monetary Board to extend the limitations imposed by the rules under Section 22 of th

Bangladesh Preferential Trade Agreement to be finalised in three months

March 2, 2022 byNews Admin No Comments
Sri Lanka and Bangladesh will be finalising a Preferential Trade Agreement (PTA) within the next three months, which would initially include 100 products from each party, The Morning Business learnt.