With humanity going through one of its most turbulent times in living memory, from the pandemic to war to climate change, it is more important than ever to inculcate strong ethics and values in our children for a better world to take shape. 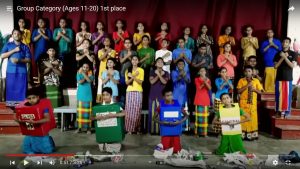 Little Minds, Strong Values (LMSV) is a national programme that does just that. Through the power of music, LMSV strives to build the foundation for a society of diverse, well-mannered, and civic-minded, young people to take Sri Lanka to new heights as its next generation of citizens.

Founded by renowned musician Rukshan Perera when he was President of the Rotary Club of Colombo Metropolitan in 2018, LMSV’s mission was to teach ethics and values to children through video animated songs. Speaking on the founding of LMSV, Perera shared with Brunch his experience when he and his wife returned from the US in 2009: “We saw several unacceptable, unethical, and immoral acts right in front of our eyes. 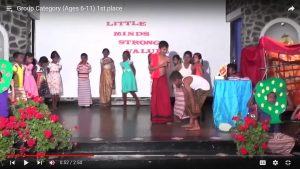 Recognising the difficulty in changing the behavior of adults, I saw an opportunity to make a difference in the children. Having lived in the US for almost 30 years and fully comprehending the power of songs in cartoon/animation, and being a composer myself, I initiated the project ‘Little Minds, Strong Values’ with a dedicated team at the Rotary Club of Colombo Metropolitan while I was the club President in 2017-2018. We launched a DVD with 30 brand new Sinhala/Tamil video animated songs with embedded values in early 2019 and followed up with our YouTube channel, Facebook Page, and a comprehensive website later in the year to benefit all Sri Lankans living in and out of the country. This created a strong foundation for LMSV where a teacher/parent could quickly and easily watch or download videos, lyrics, backing tracks, etc. and help the children participate in the online contest.” 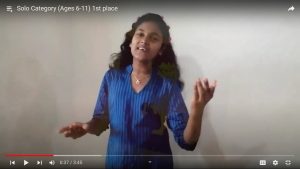 Now, in 2021, LMSV has just announced the winners of its Saaradharma Champion season 1, marking a milestone in the LMSV journey.

“In spite of the pandemic and schools closing for one and a half years, I am happy to inform that children from 18 districts in Sri Lanka as well as from Dubai participated very enthusiastically in the group and solo categories within three age categories; age three-six, age six-11, and age 11-20,” Perera said, adding: “We witnessed some very good singers, good actors, and cute performances by the little ones, and they all introduced the importance of the value/s built into the songs. We are honoured and thankful to more than 20 organisations who are partnering with us on the project with 20,000 followers on our Facebook page. We were planning to hold the finals at the Galadari Hotel on 18 June with Derana TV partnering to telecast the finals, but unfortunately due to the Delta variant spreading very fast at the time, we were forced to hold the finals online. Now we are in the process of distributing Rs. 500,000 worth of prizes to the winners,” Perera shared. 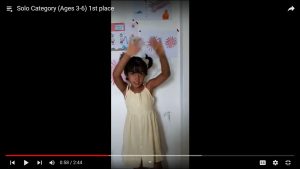 Over the course of the competition, several groups competed with the St. Anthony’s Church Choir from Kadala Moratuwa, the National School of Mahiyangana, and the Trojan Musical Group from Kotuwila, Kelaniya, winning first, second, and third place respectively in the age 11-20 category. SOS Children’s Village Nuwara Eliya won first place in the age six-11 category and the Foundation Of Goodness Mathagal Preschool from Jaffna won first place in the age three-six category. 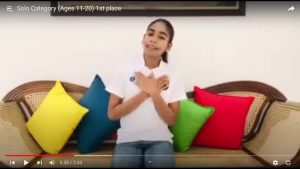 With LMSV season 1 now complete, Perera shared that he is already looking forward to LMSV season 2. “First, we hope the pandemic will be under control soon so that we can begin season 2 in December or January. Recognising that our children have already lost one and a half years of schoolwork, we understand that their priority will be to catch up with their studies,” Perera said, adding: “Nevertheless, we will begin season 2 encouraging the children to learn these songs and participate in the competition. We will also resume communicating with the schools via teacher training programmes and hopefully with the support of the Education Ministry. The season 2 competition will end in June 2022 once again with Rs. 500,000 worth of prizes for the winners and looking forward to a physical final at a hotel in Colombo.”

March 7, 2021 byNews Admin No Comments
The transgender community in Sri Lanka is a known entity which has had to fight tooth and nail for acceptance amongst the deeply entrenched conservative value systems dictating Lankan society.

February 16, 2021 byNews Admin No Comments
The SOS Vocational Training Centre in Monaragala was established in April 2006. Since Monaragala is located in one of the poorest provinces in the country, it was assessed that support is much needed