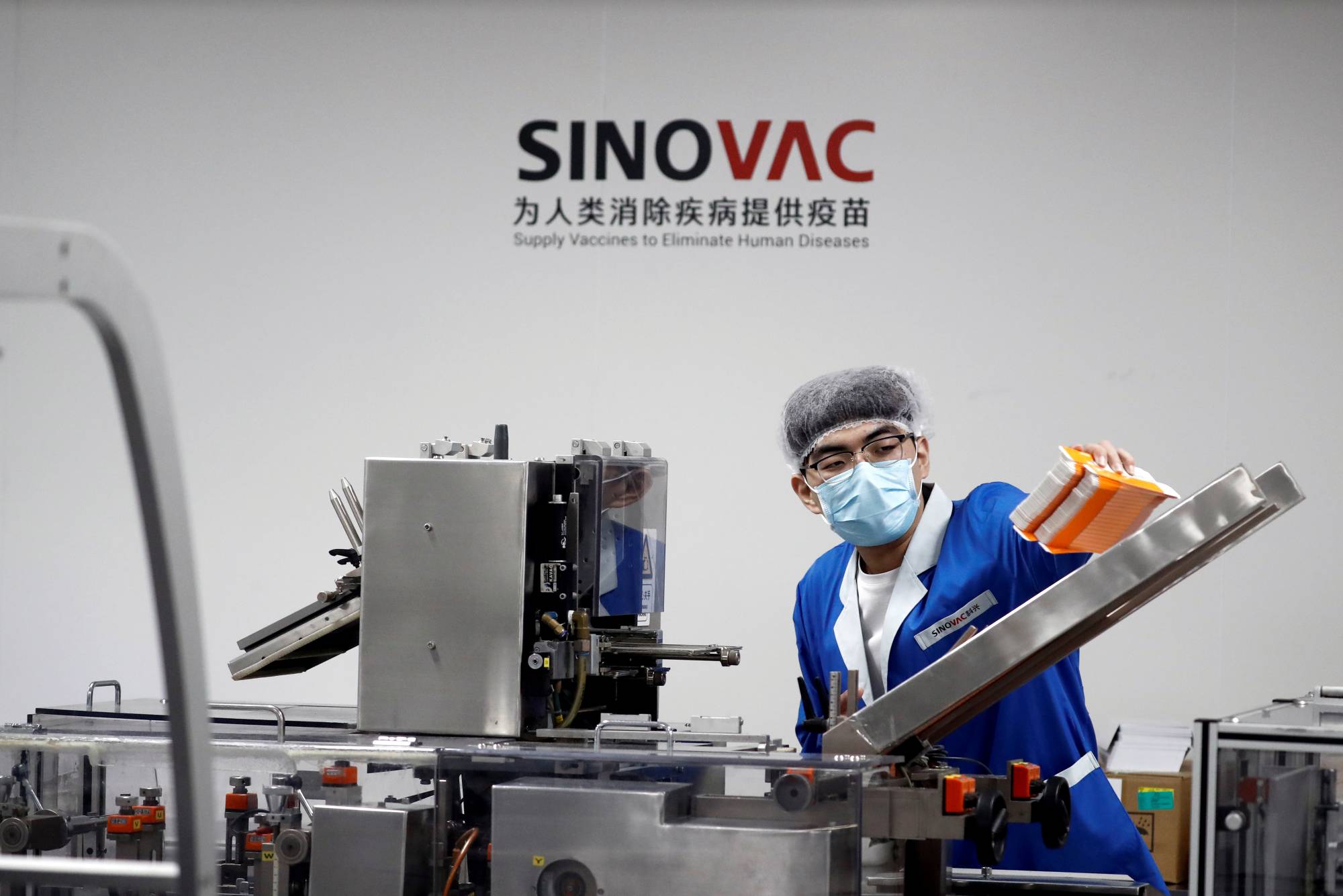 The launch of the local manufacturing process of Sinovac, a Chinese vaccine against Covid-19, would see further delays, as concerns have been raised regarding the vaccine’s efficacy against the highly transmissible new Delta variant of the virus, The Sunday Morning learnt.

As a result, the approval of the Vaccine Advisory Expert Committee has not yet been granted for Sinovac, and the State Ministry of Production, Supply, and Regulation of Pharmaceuticals is now looking to manufacture other vaccines – such as Russia’s Sputnik V and China’s Sinopharm – in the plant that was initially supposed to manufacture Sinovac, following site approvals to be obtained from the World Health Organisation (WHO).

Speaking to The Sunday Morning, Secretary to the State Ministry of Production, Supply, and Regulation of Pharmaceuticals Dr. R.M.S.K. Ratnayake said an expert team from the WHO is scheduled to visit the plant soon, and once the site approval is granted, the manufacturing of vaccines would commence.

He, however, said the State Ministry was considering the new developments with regard to the vaccine efficacy against the new Covid-19 variant and that a final decision on Sinovac had not yet been granted.

When asked whether the State Ministry sought the approval of the relevant authorities, the Secretary said that approval had been sought from the National Medicines Regulatory Authority (NMRA) and the Vaccine Advisory Expert Committee.

“The new plant that was built according to international standards can manufacture any type of Covid-19 vaccine. It will do only the filling part of the vaccine locally. We’re currently having discussions with interested parties and anyone who’s willing to manufacture vaccines locally has the necessary infrastructure now,” he said.

China’s Sinopharm was approved by the WHO on 7 May.

According to the WHO, a large Phase III trial in Brazil showed that two doses of Sinovac, administered at an interval of 14 days, had an efficacy of 51% against symptomatic SARS-CoV-2 infection, 100% against severe Covid-19, and 100% against hospitalisation starting 14 days after receiving the second dose.

In an observational study, the estimated effectiveness of Sinovac-CoronaVac in health workers in Manaus, Brazil, where P.1 accounted for 75% of SARS-CoV-2 samples, was 49.6% against symptomatic infection. Effectiveness has also been shown in an observational study in Sao Paulo in the presence of P1 circulation (83% of samples). Assessments in settings where the P.2 variant of concern was widely circulating – also in Brazil – estimated vaccine effectiveness of 49.6%, following at least one dose, and demonstrated 50.7% two weeks after the second dose.

Nevertheless, foreign media reports have expressed concerns over the effectiveness of China’s Sinovac vaccine, as Indonesia reported hundreds of outbreaks among medical professionals who took the vaccine and hard-hit Costa Rica declined to use it for fears that it won’t work. This is perceived to be the latest stumbling block for China’s global vaccination drive, as heavily vaccinated countries deploying its two flagship vaccines – Sinopharm and Sinovac – face some of the world’s worst outbreaks.

It is reported that more than 350 doctors and medical professionals have contracted Covid-19 in Indonesia despite the majority of healthcare workers having been immunised with Sinovac, officials have said recently, just over a month after officials praised the shot for wiping out the disease among health workers. Also, dozens of them were hospitalised, officials added, leading experts to question the effectiveness of the Chinese shot, particularly against the infectious Delta variant fuelling the country’s outbreak.

While both the Sinopharm and Sinovac vaccines have been granted emergency authorisation by the WHO, Sinovac’s 51% efficacy only just exceeds WHO’s 50% efficacy threshold for Covid-19 vaccines, and a lack of public clinical data to back up manufacturers’ often inconsistent claims hampers public acceptance of the vaccine, it is further reported.

While concerns have been raised worldwide regarding the vaccine’s efficacy, The Sunday Morning learnt that the NMRA has arbitrarily sought the approval for Sinovac instead of the recommendations of evaluations from the Vaccine Advisory Expert Committee recently. The committee has not given its approval as yet, considering the vaccine’s efficacy rate against the new variant.

Speaking to The Sunday Morning, a member of the vaccine committee, who wished to remain anonymous, said the NMRA had no authority to seek approval from the committee and that it should request the evaluation.

“The committee, however, did not grant its approval for Sinovac, considering the growing concerns. If it is allowed and a vaccine is administered among the public, it would not be effective against the new Delta variant, which has a risk of spreading within the country in the coming months. If Sinovac is administered, we are putting the public at risk as more people would contract the virus despite the vaccination, and in the meantime, the Government would have to spend more money on a third dose as well,” he stressed.

The committee member also noted that since there were several other vaccines available at present, there was no hurry to approve Sinovac without proper analysis.

Meanwhile, the Government’s plans to locally manufacture Sinovac were revealed by State Minister Prof. Channa Jayasumana a few months ago. He said a plant is being readied in Kundasale, Kandy to co-produce the vaccines.

“I think at this time of the pandemic, the local manufacture of Sinovac vaccines, expected to commence in July 2021 with an initial 13 million vaccines, will be of great help,” Attygalle said.

In the meantime, it was reported that the Chinese manufacture, Sinovac Lifesciences Co. Ltd., has put certain restrictions on Sri Lanka, as it has said that if the price in the agreement is disclosed to the public or spoken about in public, it will be subject to termination or they will take legal action against Kelun Lifesciences (Pvt.) Ltd., the local company that has a Memorandum of Understanding (MoU) with the Chinese firm.

It has been further reported that the company has sought confirmation from Sri Lanka for a guaranteed purchase quantity, the minimum purchase order being 13 million vaccine doses.

SPMC Chairman Dr. Uthpala Indrawansa told The Sunday Morning that the decisions on the manufacturing of vaccines would be taken only after approval from the WHO was received for the plant.

“We are attempting to get the plant approval and the WHO has not yet informed us about a date their team is planning to visit,” he said.

Sunny Side Up: PM’s call to Afghanistan

No funding for crumbling courthouse

July 1, 2019 bythemorninglk No Comments
Funds have not been allocated to repair the Colombo District Court (DC) complex that is on the verge of collapse, The Sunday Morning learnt.