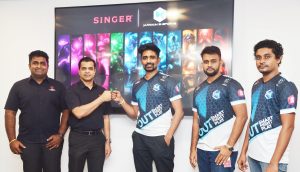 This pioneering endorsement by Singer supports Sri Lanka’s thriving gaming community, and their participation in the world of competitive, organised video gaming.

The partnership follows Singer’s recent title sponsorship of the Singer Esports Premier League with a prize pool of Rs. 1 m that saw 12 promising teams vying for the honours. With e-sports being declared as an official sport in Sri Lanka by the National Olympic Committee (NOCSL) and the Ministry of Sports, Singer’s sponsorship will enable Maximum Esports as well as other Sri Lankan gamers to enhance their skill-sets through global exposure in their bid to participate in the 2022 Asian Games, where e-sports will debut as an eight-category medal event. 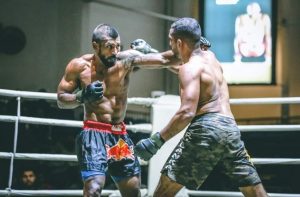 Among many sports Sri Lankans have made their international appearances, Mixed Martial Arts (MMA) is not something the local fans are that much familiar with. However, two Sri Lankan fighting sensations, Malinda ‘Boyka’ Amarasinghe (pictured) and Ajmal ‘Yaka’ Yakoob are set to make history when they tooa to the ring in Bangkok, Thailand on Friday (7) at the Thailand Fighting Championship (TFC 5).

Amarasinghe, hails from Kurunegala, took on the former ONE Championship fighter Rockie Bactol in the feature event of the competition which included a card of five fights, including the showdown between Yakoob and seasoned campaigner Simon Stracey.

May 21, 2021 byRevatha No Comments
Major sports happenings on 20 May

Local Sports – Week Past, Week Ahead: A gold rain for Sri Lanka at Asian Weightlifting

January 2, 2022 byRevatha No Comments
Local Sports: Week Past, Week Ahead