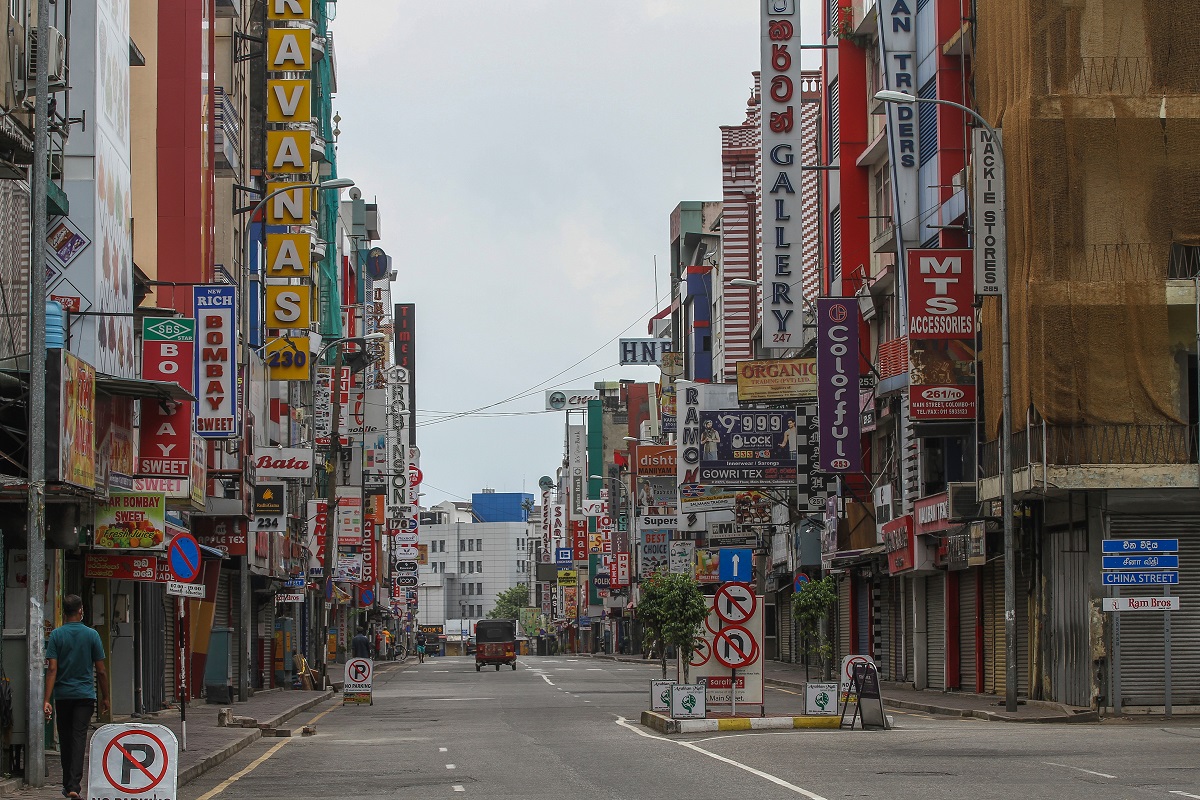 Lockdown results only after 21 days

Image captions: Pettah a few days after the lockdown was imposed on 20 August
Photo Pradeep Dambarage

The Covid-19 virus has taken a stronger hold in the country, with the number of fresh daily cases closing in on the 3,500 mark on average and the number of deaths surpassing the 9,800 mark over the past week.

While the authorities imposed an islandwide lockdown in the hope of seeing a decline in numbers, there was still a significant level of movement across the island, The Sunday Morning learnt.

Meanwhile, the Ministry of Health has pointed out that necessary measures should be put in place to prevent people from gathering in public places once the country reopens.

Speaking to The Sunday Morning, Deputy Director General of Public Health Services (DDGPHS) and Disaster Preparedness and Response Division Head Dr. Hemantha Herath stated that individual responsibility continues to play the most crucial role in bringing the pandemic under control.

“The imposition of a lockdown is pointless if people aren’t disciplined. There is still a significant amount of movement by the public. In this context, what we need is not a lockdown, but for the people to improve their practices,” Dr. Herath noted.

He added that although some relief can be achieved through lockdown and travel restrictions, if the country is to see a dip in the numbers, stricter practices should be adopted by the public.

“The patients who are succumbing to the virus currently are those who were admitted to hospitals a few weeks ago. You will also notice a gradual increase in the number of patients that were detected as having Covid-19 over those weeks – there was no decline.

“Although we can’t predict if the numbers would further increase or decline, the focus should be on limiting the number of people who are contracting the virus, and in order to do that, the public must be responsible and disciplined. A decline in the number of deaths can only be made possible if the number of infections reduce,” Dr. Herath noted.

Furthermore, speaking to The Sunday Morning, Sri Lanka Medical Association (SLMA) Vice President Dr. Manilka Sumanatilleke shed light on when the country would be able to witness a reduction in the number of fresh infections and Covid-19-related deaths.

“The lockdown was imposed on 20 August. However, there had been a gradual increase in infections even before that. Anytime after 21 days since the imposition of the lockdown is when we can witness the effect of it. So, what we are seeing right now is the effect of the tail end of the last few days before the lockdown,” he noted.

Dr. Sumanatilleke noted that the incubation period of the virus is around five to six days or a week, and by the sixth or seventh day, some of those who had contracted the virus may show signs of severity and eventually succumb to the virus.

He said the decline in the number of infections and related deaths can only be expected if the level of transmission is reduced.

Noting that nothing can be predicted when it comes to the numbers, Dr. Sumanatilleke further highlighted that a week or more would be required to conclude if the lockdown had served its purpose.

Meanwhile, on Friday (3), the President’s Spokesperson announced the extension of the nationwide lockdown till 4 a.m. on 13 September.

Initially, the lockdown was imposed on 20 August for 10 days and then extended till 6 September.

The country has made significant progress on the immunisation front over the past few weeks, with over 78% of the population aged over 30 being fully vaccinated, The Sunday Morning learnt.

The Government also announced that it will commence the vaccination of those aged between 18 and 30.

The Government plans to complete the vaccination of individuals between 20 and 30 years of age by the end of the month, Minister of Health Keheliya Rambukwella told The Sunday Morning.

The vaccination of the 20-30 age group began on Thursday (2), with implementation carried out at the district level. The next target group eligible for the jab are those in the 16-19 age group, Minister Rambukwella said.

Meanwhile, health workers and others in the frontline, aged over 30, have received the vaccine, the Minister of Health told the media early last week.

He added that nearly 3.7 million of the total population consists of individuals between the ages of 18 and 30, and that relevant officials have been advised to expeditiously complete the immunisation of those who fall under this age group.

Furthermore, the Minister of Health also expressed that everyone above the age of 30 could be fully vaccinated over the course of the next two to three weeks, and that the vaccination of those above the age of 18 could be completed before the end of October.

March 31, 2021 byNews Admin No Comments
Former Attorney General and Chief Justice Mohan Peiris PC and two others were acquitted from a bribery case by the Colombo Chief Magistrate’s Court yesterday (30).

December 15, 2021 byNews Admin No Comments
This question has become ubiquitous in life. Undoubtedly, masks save lives. Yet, their disposal has become a common waste management problem across South Asia.  Before the Covid-19 pandemic hit, South